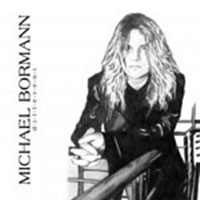 There’s no denying the vocal prowess of Michael Bormann. Best known for his years fronting the German melodic hard rock band Jaded Heart and Letter X among others, he has credits a mile long in the songwriting, production and vocal realm with other artists through the years. Different is his fourth solo effort in which he took on all the instrumentation, songwriting, vocals and production along with assists from keyboardist Eric Ragno and a few others – and the title clues the listener in to expect something special from this gifted musician.

For the most part these 12 songs explore Michael’s softer, acoustic-driven side to music. His voice still has that crisp bluesy appeal, pushing passion to the hilt on tracks like “Somebody”, “Don’t You Tell Me” and “Think Twice”. Opener “Life Is A Miracle” develops more of a slick Robert John Mutt Lange feel in the guitar play and multi-tracked background vocals, while the chorus recalls early 90’s Styx- while “Mr. Rock ‘N Roll” allows Michael the chance to have a little fun with rapid fire word melodies against a quiet, sparse rhythm track and slower, clean guitar chords.

This record isn’t meant for a majority of his normal hard rock contingency. If you appreciate a deep commitment to songwriting and performance, "Different" contains enough in its laid back stance to keep you motivated and interested. Favorites include the heavier “Breathless” with its addictive, LA-styled chorus and “Who Really Wants To Get Older” that has this mid 80’s Kiss appeal.

He needs to be back in some sort of hard rock band capacity though – as vocal command like this should gain broader, deeper appreciation across the world.