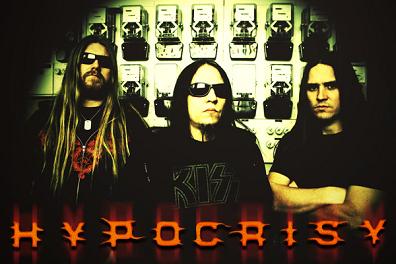 The time has come! The first bands are confirmed for SUMMER BREEZE 2010! We are stoked to announce that the following acts will put your heads into permanent rotation from August 19 to 21:

You've had to wait long for HYPOCRISY! Now they're finally back! After their last album, 2005's 'Virus', mastermind Peter Tägtgren had decided on a self-imposed break. Which is fortunately over now! Their new album, the brutal 'A Taste Of Extreme Divinity', will be released on October 23rd and doesn't need to fear comparisons to landmarks such as 'The Final Chapter' or 'Hypocrisy'. Quite the opposite: Today HYPOCRISY are more powerful than they ever were. Judging by the band requests for 2010 that have reached us over the last few months, the Swedes and their anthemic-melodic death metal still rank high among your favorites, even after such a lengthy hiatus. HYPOCRISY will thank you for it with an omnipotent performance – tons of classics and new material included!

SUBWAY TO SALLY have become somewhat of a permanent fixture at SUMMER BREEZE. With their first appearance dating as far back as the year 2000, 2010 will mark their fifth already. They love the festival, and you love them, especially their music! Not only is the band from Potsdam one of the main acts in medieval rock, they belong to the very elite of hard music altogether. Proof enough is the sensational chart entry of their latest album 'Kreuzfeur', which made it to position number 5 in Germany, following hot on the heels of its predecessors 'Bastard', 'Nord Nord Ost' and 'Engelskrieger'. Get ready for a fireworks display of SUBWAY TO SALLY hits – ranging from heavy and danceable to fragile and emotional! There is something for everyone!

DARK TRANQUILLITY don't really require much of an introduction. They started the Gothenburg melodic death metal movement along with In Flames and At The Gates in the early 90s, the effects of which can still be noticed in many a popular young band today. You can look forward to a "Best of" setlist with tons of hits from classic albums such as 'The Gallery', 'The Mind's I' or 'Damage Done', all of which are prime examples of the melodic death metal sound. On October 23rd, 2009 DARK TRANQUILLITY will release their new DVD + live CD, 'Where Death Is Most Alive', which will allow you to take a sneak peek at the unbeatable live qualities of the band led by frontman Mikael Stanne. The earth will shake at SUMMER BREEZE 2010!

So make sure to secure your tickets for SUMMER BREEZE 2010 now! Advance sale has begun! At www.silverdust-shop.de you can get the 3-day ticket for 66.- Euros (plus pre-sale fee)!

EXCLUSIVELY in our online store, the first 10,000 tickets include a free DVD on top, with live footage, interviews and impressions from SUMMER BREEZE 2008! So you better be quick and order your ticket now to get your hands on this chock-full DVD, which is only available with a ticket purchase and won't be sold anywhere else!

Here's a sneak peek at the DVD's illustrious band list:

ELUVEITIE, HEAVEN SHALL BURN, AS I LAY DYING, END OF GREEN, BEHEMOTH, KATAKLYSM,…