Overkill is one of the few groups that helped create the sheer definition of thrash metal. Starting from 1985, this living legend has so far released fifteen studio albums, which easily places them among the most consistent and die-hard thrash bands in the entire history of the genre. This exclusive re-releases of Overkill’s albums – “Wrecking Everything”, “Killbox 13” and “ReliXIV” – bring back the best that thrash metal has to offer…

“Wrecking Everything”
Overkill’s second live album was released on June 18th, 2002. Recorded during the band’s performance at The Paramount in Asbury Park, New Jersey on March 22nd, 2002, this offering delivers over 70 minutes of pure thrash metal annihilation by the living legend of the genre. The 13 tracks included on the CD feature one of the most amazing productions in the history of live albums. The sound quality is easily comparable to studio albums, but the immerse amount of energy makes this release even better, reflecting the true nature of Overkill’s music. The track list has been prepared very carefully – none of the songs is repeated from the band’s first live effort, “Wrecking Your Neck” from 1995. Overkill made sure that the choice of material satisfies both new and old fans. The newer albums (“Bloodletting”, “Necroshine”, “From The Underground and Below”, “The Killing Kind”) are represented by such tracks as “Thunderhead”, “Necroshine”, “It Lives” and “Battle”, while the pre-1990’s Overkill classics include “E.vil N.ever D.ies”, “The Years of Decay”, “Shred”, “Deny The Cross” and the all-time fan favorite – “Overkill” from the band’s debut album. Complete with top notch production and a perfectly balanced content, “Wrecking Everything” can easily be put right next to Judas Priest, Slayer and Motörhead in the list of amazing live albums. A true feast for any fan of thrash metal!

“Killbox 13”
Overkill’s thirteenth studio effort, was released on March 25th, 2003. The album was considered by many fans the most thrash oriented offering since “Horrorscope”. Consisting of 10 merciless tracks, “Killbox 13” starts off with a typical Overkill opener – the fast and furious “Devil By The Tail”. The thrash metal cascade is continued with “Struck Down” and “I Rise”, both of which sounding like taken from “The Years of Decay” album. The band introduces some groove-thrash patterns in such songs as “The One” and “No Lights”, while “Crystal Clear” stands out as a musical mixture between Machine Head and Crowbar. “Until I Die” starts off like a ballad, only to crush the listener near the third minute with a powerful thrash metal riff. Bobby “Blitz” as always delivers great vocals throughout the entire album, showing his best at “Damned” with some impressive screaming patterns. The lyrics on “Killbox 13” form a semi-concept, revolving around the Seven Deadly Sins. But it’s up to the listener to determine which song covers which sin… With “Killbox 13” Overkill managed to find a perfect compromise between their “new” style of playing and the classic material from the 1980’s. It is truly one of their finest efforts and one of the most enjoyable thrash albums on the modern metal scene.
“ReliXIV”
Overkill’s fourteenth studio effort released on March 22nd, 2005. With “ReliXIV” the band went further in the direction taken on their previous offering, in the same time looking back at some of the ideas found on their sixth LP – “I Hear Black”. The result was quite controversial, but worked out pretty good for the band. The ten tracks included on the album showcased an impressive songwriting diversity. We have modern thrash anthems such as “A Pound of Flesh”, “Within Your Eyes” and the extremely catchy “Bats in the Belfry”, groove-thrash juggernauts like “Wheelz” and “Play The Ace”, and a bunch of surprises, including “Loaded Rack” – sounding almost like a Metallica tune from “The Black Album”, “Keeper” – with Candlemass-style intro and “Old School” – the perfect tribute to 1980’s thrash metal (which also includes a short sample featuring the famous host of hard rock and heavy metal themed radio and TV shows – Eddie Trunk). The flawless production instantly makes this album one of the best-sounding releases on the modern thrash metal scene. “ReliXIV” is a worthy successor to “Killbox 13”, bringing yet another dose of Overkill’s prime musical taste. This is a must-have for any fan of diverse, but equally enjoyable thrash metal.
All three albums will be re-released in a new digipak edition each limited to 1000 copies. Digitally remastered using 24-Bit process, released on a golden disc. The release date is scheduled for 2nd November. 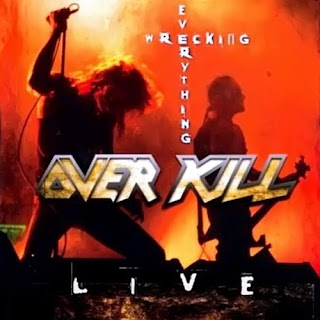 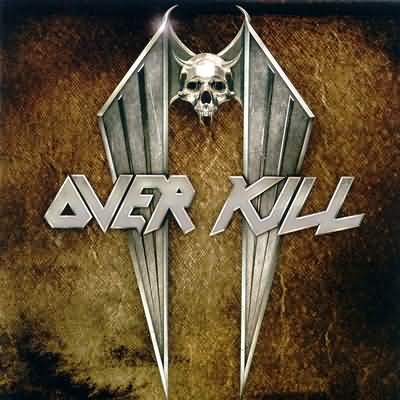