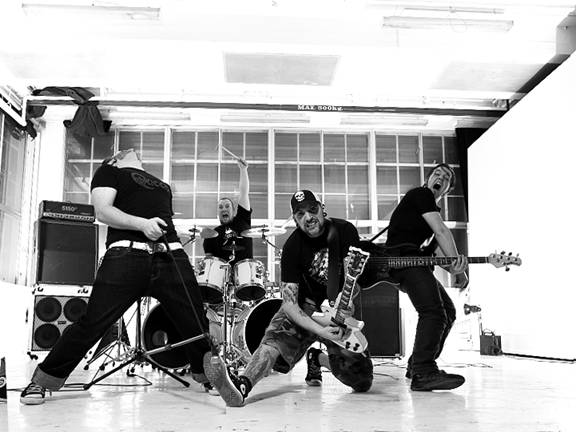 Myspace Denmark is exclusively premiering the first video, "Shake-A-Feather", from the Pilgrimz debut album "Boar Riders". This amazing debut, produced by Jacob Hansen and mixed by Tue Madsen, will be in stores, in Europe, on June 23rd 2008 through I Scream Records / SPV.

If you’re into dirty rock ‘n’ roll, metal and a storyboard that goes beyond the bizarre, it’s a must see!

The music video was shot during a cold weekend in January 2008 in Copenhagen, Denmark. For pictures from the set and behind the scenes, please visit the band on MySpace .

Check out the music video HERE