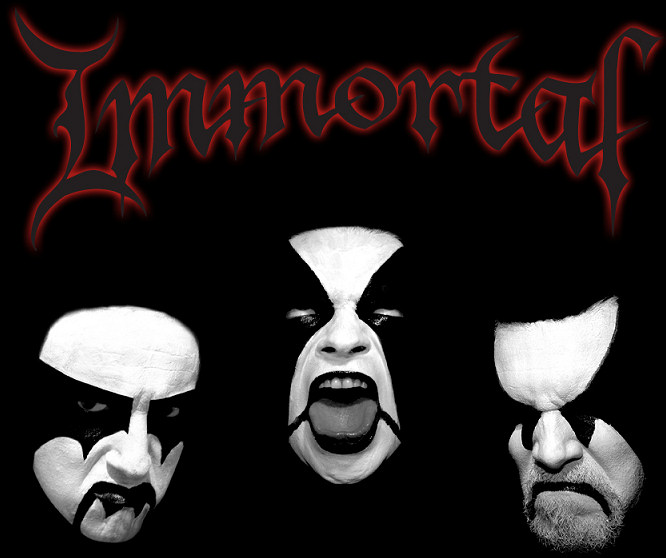 IMMORTAL til HOLE IN THE SKY

HOLE IN THE SKY
proudly presents:

Needless to say; Hole in the Sky is immensely proud to present Immortal as this year's headliner. Immortal were the band that kicked of the first Hole in the Sky festival seven year's back, and their return to the festival stage is bound to be something out of the ordinary. Not only is Immortal one of the most influential acts to emerge out of the Norwegian metal scene, but they are also one of the most explosive live bands around.

Fans from all over the world sighed with relief when Immortal announced the "7 Dates of Blashyrkh" tour a few months back, seeing the trio headlining massive festivals such as Wacken Open Air after spending the last four years in hiatus.

The organizers were thrilled when the band decided to do this special event on home turf as a bonus to the already announced tour.

Comments Demonaz: "It's been seven years since Immortal played in Bergen and we look forward to return home with a vengeance. Bergen is of course very special for us, after all it's our home town. Immortal will do a very special show that will be nothing short of spectacular. The band has planned to do songs from all their albums, including some rare gems for this concert only. Hole in the Sky has become a very important festival over the years and we are proud to headline this event alongside this great selection of bands".

Says the organizers: "We couldn't think of a better act closing this year's festival, really. Immortal has it all – their showmanship is second to none, their appeal stretches far beyond the regular metal crowd and their back catalogue is loaded with metal anthems bound to take an audience by storm. The band hasn't played in their home town for many, many years, so this is going to be nothing less than a triumphant blast for the band and their fans".

Full program to be announced Monday the 7th of May, check website for updates and ticket information.

Tickets on sale via www.ticketmaster.no