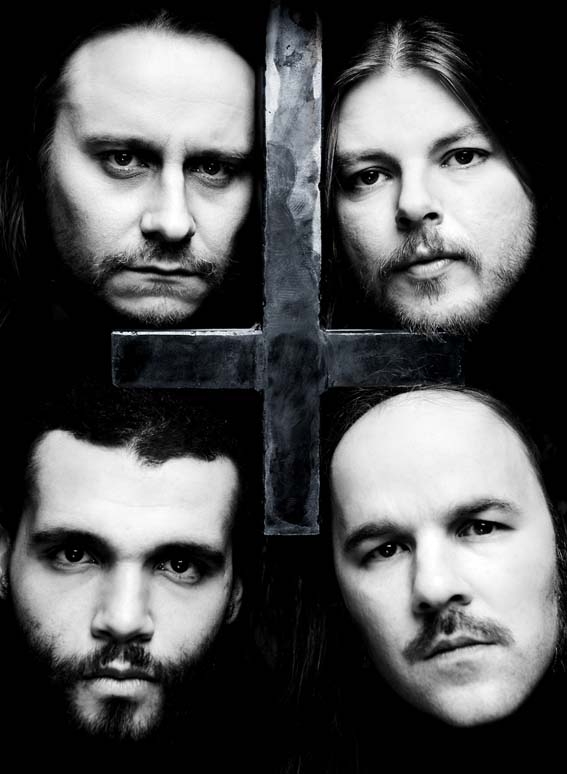 Entombed's debut album was Left Hand Path, a cult favorite that established the band as a popular death metal band. The follow-up, Clandestine, was just as popular and also featured greatly improved songwriting which helped woo critics. These first two albums were unique in that they featured what was sometimes referred to as an "electric saw" guitar sound. According to the band they came up with it on their own, mixing different distortion effects together to achieve it. It appeared on their debut, Left Hand Path, but was improved and refined on the follow up, Clandestine, on which its effect is in its best form. It was never used as effectively on subsequent recordings. After the Gods of Grind tour, Entombed began changing their sound, into a mix of hard Rock and Death Metal, which some like to call Death and Roll. Although this may have turned off many fans it established their mainstream and critical reputation. And not only that, but it can also be said that entombed invented the Death and Roll genre. Wolverine Blues and Hollowman are widely considered classics of early 1990s heavy metal, but were followed by problems with various record companies. In 1999, Entombed released Uprising, which was an anti-commercial return to the band's roots. The follow-up, Morning Star returned to Hollowman and Wolverine Blues style metal. They have since released 2003's album Inferno, a continuation of the 'death n roll' style that has become their trademark sound. 2006 saw the release of new music from Entombed, with the When in Sodom EP on June 6 (or 06/06/06), and the Serpent Saints full length on June 25th 2007.
» Entombed website
» Entombed Myspace