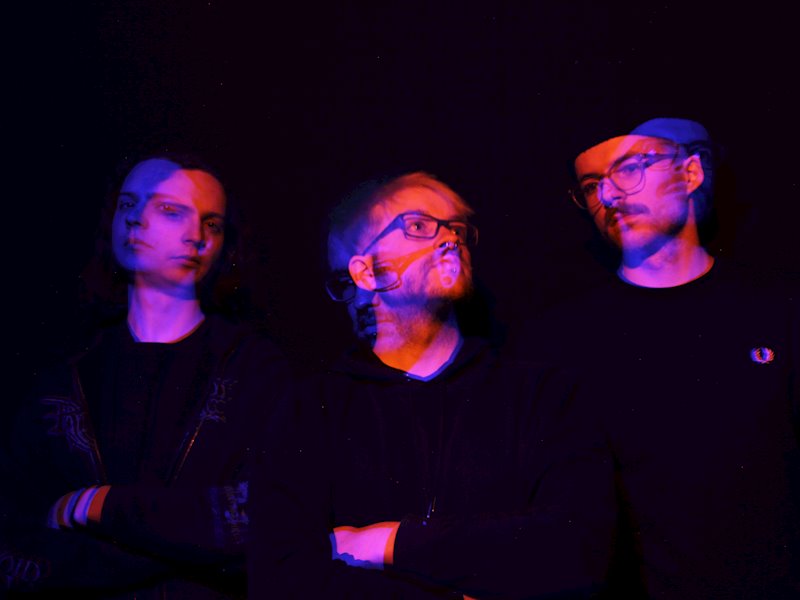 Quote: "Freiwilliger Insasse was the first ever song we wrote together as what would later become Flesia. In this song the vision of our sound manifests itself: bass riffs, blasts and terrifying vocals form a noisy wall of sound and that’s what we try to create."

"(…) massive, acoustic walls and pulsating song formations – mostly chasing into frenzy, occasionally shattering into deeply painful resignation – but always consistently behind a unique backdrop of the brutal collapse of being and with a retributive look at power, consumption and the human condition." Deaf Forever

Under the mighty roar of fatally melodic and gruellingly dissonant black metal, the Leipzig trio Flesia sees the darkness of the world. The fitting soundtrack is provided by their debut album Trost, on which exactly that is not to be found.
The instrumentation, reduced exclusively to bass and drums, creates violently rearing acoustic walls and pulsating song structures – mostly lapsing into frenzy, but occasionally bursting into deeply painful resignation, but always consistently behind a unique backdrop of the brutal collapse of being.

Due to the broad amp repertoire, the bass scratches, bites, seethes and eats into the synapses with an almost unbelievably broad sound spectrum, always driven by relentless, mostly blasting drums.

This musical doomsday rage is completed by ranting, screaming and manically whispering vocals, which express a devastating, retributive view of power, consumption and human existence.

With their debut album, Flesia leave a burning trail of destruction and prove that blasts, bass and prose are the only necessary means to do so.