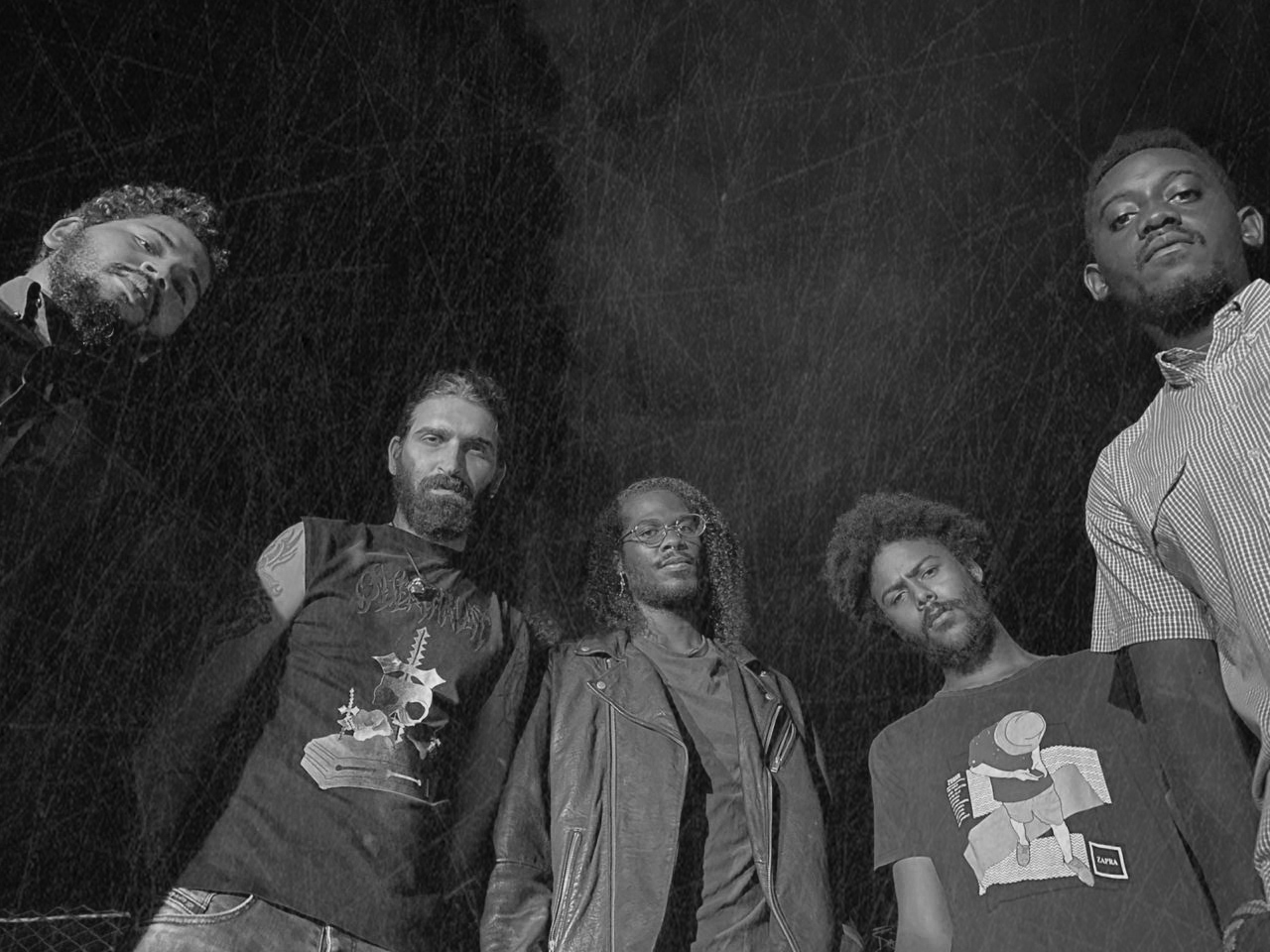 Porta Magna is an Angolan blackened death metal band formed by Frink Sanda, Manel Kav, Edson Ferraz, Ariel Ricardo, and Claudio Henriques. The project started during the Covid 19 outbreak in Angola, in an emergency state, bored by the restrictive measures, deprived of concerts or rehearsals, they started to develop the project online, an escape to expel the frustrations of being deprived of certain freedoms.

With restrictive measures lifting and the studios opening again, the band hit Estudio 2 in Luanda and recorded their monstrous new single Swallowed By The Ocean which releases today on Mongrel Records, plus forthcoming single Cult of The Flesh.

"According to the first part (inferno) of Dante Aligierti’s "Divine Comedy" is the inscription that is at the entrance to hell. Porta Magna means big gate. An entrance to a mix of emotions. angers, and frustrations of society, and deprivation of liberty. It’s like hell we’re living." Says vocalist Manel Kav on the bands name.

He goes on to explain the lyrical inspiration behind the track," Swallowed By The Ocean is the representation of someone who suffers from depression. The sensation is described as if she is drowning in a deep, icy ocean, where she cries out for help (can’t you see me? Hold my hand, stop this suffering) but no one sees or hears her. Surrounded by sharks (fears, insecurities, etc) that constantly attack and devour her as the anchor of anguish pulls her deeper and deeper until she is completely swallowed by the ocean."