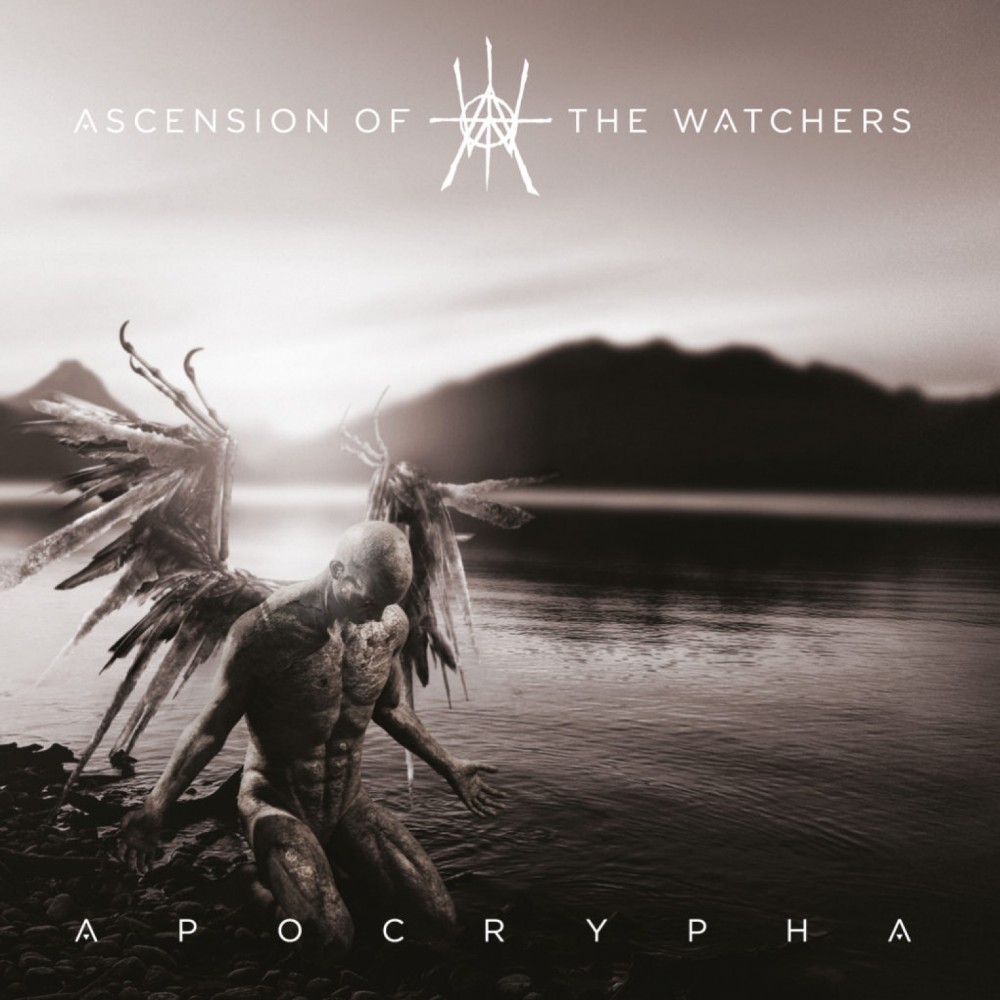 ASCENSION OF THE WATCHERS – Apogrypha

"It’s no secret that I’m not a huge metal fan – I do like some metal but, as a whole, I lean towards post-rock, post-punk, industrial and avant-garde…I haven’t spoken to Dino [Cezares] in three years. I haven’t spoken to Raymond [Herrera, drums] and Christian [Olde Wolbers, bass] in longer than that, and I have no intention to. I’m just moving forward with my life" said former Fear Factory vocalist, Burton Christopher Bell in a Kerrang interview, on October 7th, 2020 after he had departed what had been his main bread and butter since 1991. Whether or not we’re willing to accept it, given how fantastic Fear Factory’s "Aggression Continuum" is, Burton has decided he no longer wants to make aggressive industrial cyberdeath metal and is perfectly content with his gothic rock project of 20 years, Ascension Of The Watchers and its last year’s 2nd album "Apogrypha". The only question to ask, given Bell’s enormous vocal talent, is "Apogrypha" any good?

The answer is yes but not VERY good. Ascension Of The Watchers (AOTW) actually started after Fear Factory had disbanded in 2002, Burton getting together with keyboardists and programmer John Bechdel known for his work with Fear Factory, Prong, Ministry and Killing Joke among others and self-released demo "Iconoclast" (2004) was recorded but, seeing no interest from labels, AOTW had approached Ministry’s Alain David "Al" Jourgensen and his 13th Planet Records which released the 2nd LP "Numinosum" (2008) and then Burton went back to Fear Factory in time for recording of "Mechanize" (2010). Whatever Burton says about the band remaining active, AOTW lay practically dead for the next 10 years until legal trouble and some personal issues finally led to Burton’s permanent departure from Fear Factory whereby he could focus on the next AOTW album, "Apogrypha", especially with the addition of his longtime friend, immensely talented renowned British solo artist Jason Charles "Jayce" Lewis (programming, drums).

According to the band’s members’ testimony on Dissonance Records, "Apogrypha", which is a word describing the books of the Bible which were rejected from the Bible canon, is heavily based on the Book Of Enoch (from The Dead Sea Scrolls) (which was rejected because its content sharply contradicts the 66 canonized books of the Bible). "Apogrypha" the music, again in Burton’s words, echoes the sounds of prophetic hallucination, fear and dreams with remorse of things lost and forgotten, but with a hope of redemption and light in the future and it is influenced and inspired by Burton’s several encounters with supernatural entities. For example, the song ‘Key To The Cosmos’ was inspired by the true event of his deceased friend speaking to him in the early dawn of winter, relaying comforting words to him during a troubling time in his life, "Take care of yourself, and your family", the title a term he frequently used, while the eerie, unrecognizable, and untranslatable, syllabic phrase whispered at the beginning of the title track was inadvertently captured between vocal takes, when the vocal booth was empty. Northstone, where they recorded, stands on an ancient monastery, and is built with the rocks of said monastery which is likely the reason why it is inhabited by spiritual entities of an unknown origin. The Watchers is the term describing The Book Of Enoch’s messengers sent by God to administer the Earth and the band was initially just called The Watchers, that is, until a band from Chicago sent Burton a ‘cease and desist’ letter for using the name which prompted him to add "Ascension Of" which he claims better suited the lyrics and the music.

With such unusual and fascinating set up we are bound to hear fantastic groundbreaking music so why don’t we? Well, initially we actually do for when I heard the perfectly balanced and melodic opener "Ghost Heart" cooked on Depeche Mode meets synthetized Dark Tranquillity I thought I was in for a treat. Sadly, this is the best track on the album and for the next 3 tracks mediocrity and boredom reign with a possible exception of a small vocal hook in the disturbing title track. Why such great opening only to descend into an average synth noodling ex-Depeche Mode’s Alan Charles Wilder could write in his shower, and, it pains me to say, Burton’s ho-hum vocals?

"Honoree", a heart warming love song Burton almost certainly directs at his wife, is actually an excellent cut despite the needlessly processed vocals. I find the words "though God tried to take you away, the fear of losing you made me pray…I got down on my knees and I prayed to the stars that your soul would live on, that you’d be safe from harm" particularly soul-baring and honest and it’s hard to believe this is the same man who once sang "all that I know there was no God for me, bruised and shattered soul" on Fear Factory’s "Resurrection". Burton C. Bell 2020 seems to be a wiser, kinder and a more peaceful soul. In fact, he said it himself that we truly cannot be at peace if we cannot find peace within ourselves, something I enthusiastically concur. Now, his peace seems to come, though, from his aforementioned encounters with the spectral apparitions, such as that spirit of his dearly departed friend in "Keys To Cosmos", another excellent, deeply moving track. Here I find the inquiry "Have you crossed over or has your soul been caught or have you discovered all dimensions of God?" reminiscent of Kevin James La Brie’s on Dream Theater’s "Metropolis Pt. 2: Scenes From The Memory" but then I’m profoundly shaken to my very core by the repetitive conclusion "Your prayer to God was heard with a cost/your Mind, your life/my friend I lost/so you forsake the Holy Ghost for the key to the cosmos" which seem to suggest Burton is suggesting his friend committed suicide thereby sinning the unforgivable sin, but, thankfully, biblically, suicide is not a sin against the Holy Ghost so I calm down and realize this is just Burton’s same anger at God he expresses earlier in the title track, "Many years I’ve prayed my endless penitence/dreaming of Heaven and a life of reverence/you never speak to me/cursed for all eternity". It seems that Burton has a hate/love relationship with God but that dichotomy is expressed on "Apogrypha" merely through lyrics but actually never through music. I mean the music on this disc is completely benign which brings me to the major flaws.

That this album has no aggression whatsoever (mind you, every Depeche Mode album has aggressive music on it to counterbalance the light, so it isn’t just old Eddie hating on Burton for not growling like he used to) that it is completely devoid of tonal hatred is its major setback and the major reason for boredom on pretty much everything besides a handful of high quality tracks I mentioned earlier. But that’s exactly the point: these tracks prove that the band CAN write good stuff they just don’t seem to be much interested in doing that on a consistent basis. Most of the time I just want to hear an aggressive, even a fake guitar or, dare I dream, even a shout, just to spice it up but none of it is in the cards on "Apogrypha". "Bells Of Perdition" would actually be the most vapid, bland hookless track were it not for the atrocious cover of Sananda Francesco "Terence Trent D’Arby" Maitreya’s "Sign Your Name" where the extremely gifted Burton C. Bell sounds exceptionally like fingernails drawn across the chalkboard, but most importantly, the song sticks out like a sore thumb.

I don’t know if Burton & The Watchers plan on ascending from this point onto something more riveting but my score is based solely on the strength of the good tracks and admittedly very insightful lyrics. "Apogrypha" recommended only for those who are curious for what Burton abandoned the channel through which the fullness of his talents was being realized until he no longer felt peaceful about it.