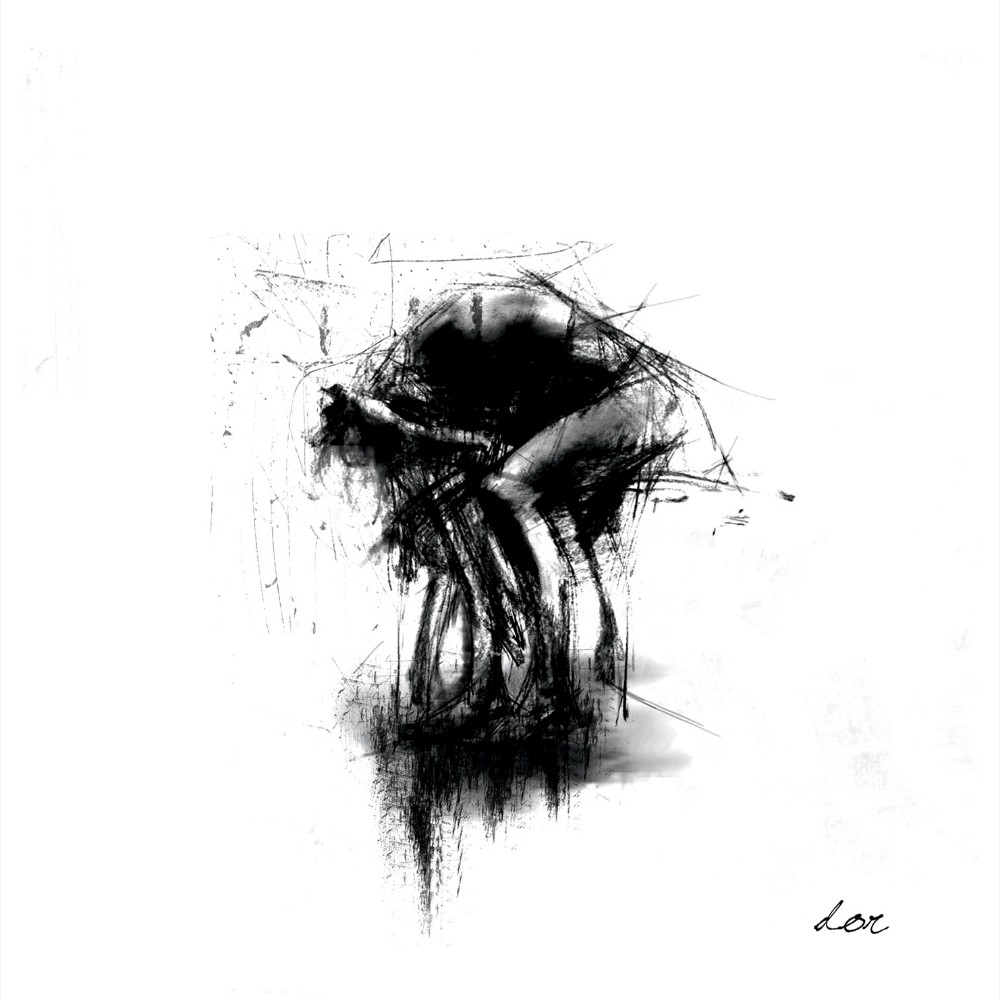 "Dor" (2018) was the third album by the British-Romanian atmospheric death/doomers Clouds and the first album reissued by Personal Records earlier this year as part of the CD reissues of a significant portion of their back catalog. "Doliu" (Romanian for "Mourning") was their debut, which I reviewed first in the line of "Dor", "Doliu", "Destin", "Departe" (in order of reissue) with "Dor" and "Doliu" released already and "Destin" and "Departe" to be released next month.

When we last left Clouds’ vocalist, drummer and the founder Daniel Neagoe after the debut album (2014 "Doliu") he still had a band, accompanied by Jarno Salomaa (guitars), Olmo "Déhà" Lipani (guitars, bass) and Kostas Panagiotou (keyboards). One album and one EP later (Destin, Departe) Neagoe was left to his own devices about to record the third album, "Dor" by himself. Accordingly, the album has an underlying theme of loss of dear ones, despairing of life and dreaming of a better place where the anguish is no more yet, ironically or perhaps because of it, it is a superior work to "Doliu".

As I mentioned, Neagoe played all the instruments and performed all the vocals however he invited a few guest vocalists, namely Gogo Melone (Aeonian Sorrow), Pim Blankenstein (Officium Triste), Sylvaine, Mihu (Abigail), Kayla Dixon (Witch Mountain) and the vocal contest winner Caleb Bergen (Sleepwalkers). The album is more melodic and cohesive with better and less predictable light/dark balance compared to "Doliu" where unpredictability was equal to an average Killswitch Engage song (whom I like). Both the opener "Forever And A Day" and "The Last Of The Sun" work so much better than anything on "Doliu", the former recalling The Gathering’s "Mandyllion" album and Neagoe’s Vincent Cavanagh-Michael Åkerfeld (Anathema, Opeth) cleans perfectly complimenting his Mikko Kotamäki (Swallow The Sun) growls, while the latter explodes in excellent multimelodiscism of Red Moon Architect. But it is the favorite "When I’m Gone" which sails on Paradise Lost melodies with female high pitched arias where Clouds is at his absolute best, the song long and very melancholic but never overstaying its welcome. Of note is also the Pim Blankenstein-vocalized "The Forever" which simply grabs your heart and doesn’t let go for over 8 minutes nor do you want it to. Who among us can honestly say he or she has never thought, said or felt these words in despair, forever sleep, never wake up, no more pain, please let me die, sleep never wake up because life’s not worth living any longer or something in that vein?

Although the very gripping title track and "Alone" are very good pieces, with Neagoe’s songwriting definitely innovative with all the same elements in every song but in different configuration in each one, it is here, on "Alone" where the melancholy gets a little over the top and where, interestingly, one is reminded that English is not Neagoe’s first language, as the attempted first conditional lacks Present Tense after "when" and it’s just double-Future Tense, instead, "I will see you again when the time will come", notabene, a similar mistake Kreator’s Milland "Mille" Petrozza made back in 1997 on "Whatever It May Take" (If you would not exist I would be free). I’m not the one to look for grammar mistakes, (although that is what I do for living) but it can be a little grating and distracting especially in the more emotional moments. If "Dor" lasted longer, and it actually does on the reissue because of the piano bonus, "Closeness" which here sounds rather superfluous, the album would start taking a nosedive since everything has been said and done with "Alone". Neagoe seemed to have known that which is why he stopped there and left the rest for "Dor 2" which hopefully will be also reissued by Personal Records in the future, especially since there’s talk of a fifth release without details as to which one.

As for "Dor" its ways may not be consistently fantastic but it shows Clouds was finally able to attain to such level of excellence. Here the journey ends, for now, as far as Personal Records reissues are concerned so if you’re encouraged to dig further into Clouds there are "Dor II" (2019)
"Durere" (2020) and upcoming "Despărțire" (2021) for your consideration. Next I will review their 2nd album "Departe" (2016) followed by the EP "Destin" (2017) which preceded "Dor" so look for that next month.