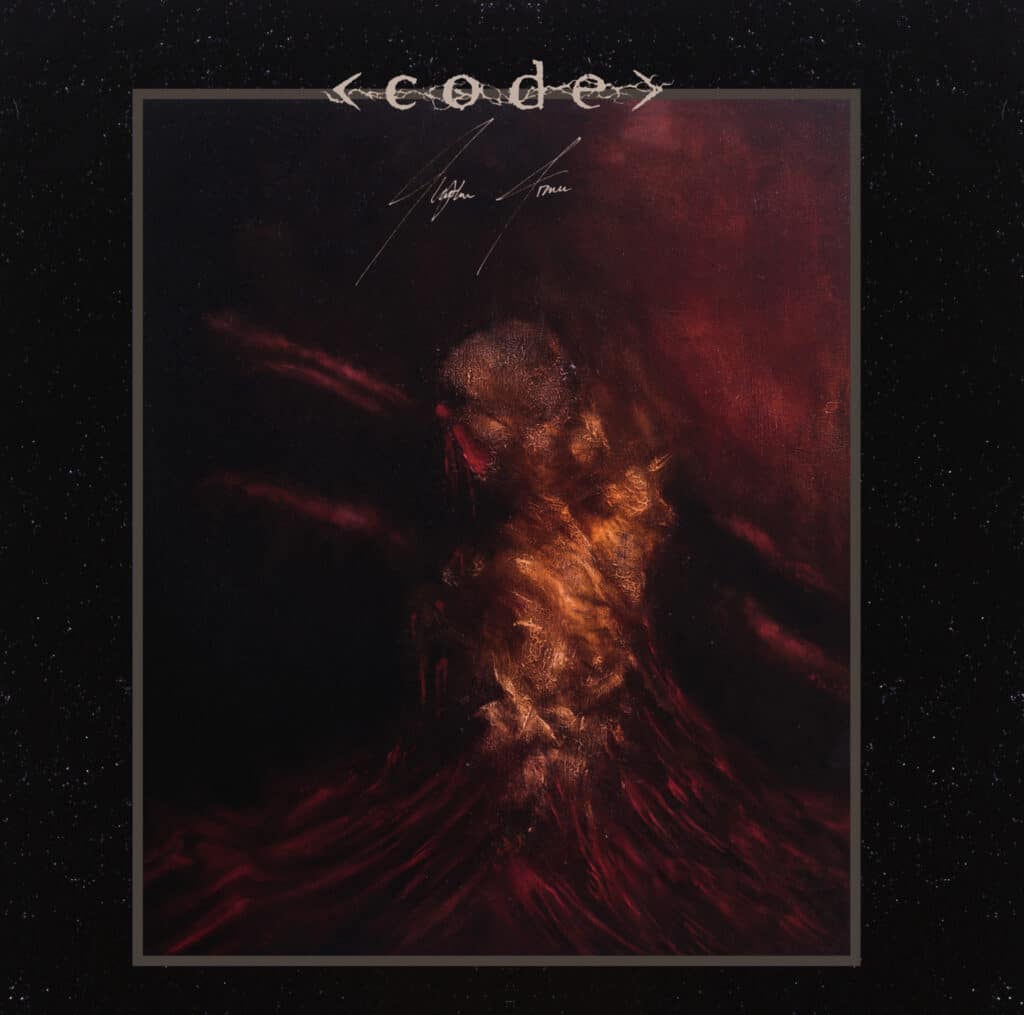 The experimental black metal entity that is Code has consistently released superbly written and deftly executed records that transcend and defy genre conventions and even conventional songwriting, and it is therefore downright thrilling to hold a copy of their brand-new onslaught titled "Flyblown Prince" in my hands. While terms such as post-black metal and avantgarde have often been used in conjunction with the spirited group’s musical endeavors and outputs, I find it much easier to simply state that no other band out there sounds like this British ensemble and that I consider it progressive black metal possessing originality and depth. Anyway, let us proceed and discuss the LP in a little more detail, shall we?

"Flyblown Prince" conveys a feeling of darkly appealing cynicism, and from a musical and lyrical perspective, this is one impressively coherent and expansive collection of coldly beautiful tunes that are both dazzling and utterly captivating. It feels profound and incredibly moving, which is perfectly illustrated by the haunting, melancholy epics that are "From the Next Room" and "By the Charred Stile". From demented and unnervingly manic to deceptively serene and introspective, the album is anything but predictable. Even the sound of the opus evokes a sense of something brooding and magnificent, and despite the fact there are more twists and turns here than you can possibly wrap that tiny brain of yours around, it is accessible. Also, it does embody an in-your-face, intimate dimension, which entails that not being haunted by this aurally spectacular gem in your sleep is simply not an option.

"Flyblown Prince" is an immersive listening experience with brilliantly drawn motifs and themes as well as a claustrophobic, unsettling, and thought-provoking soundtrack that perfectly mirrors the end of days. This is a must-have for anyone with a penchant for complete and utter musical darkness. Bleakly powerful stuff by one of the UK’s best and most noteworthy extreme metal acts and their most accomplished, remarkable, and musically rewarding record to date.