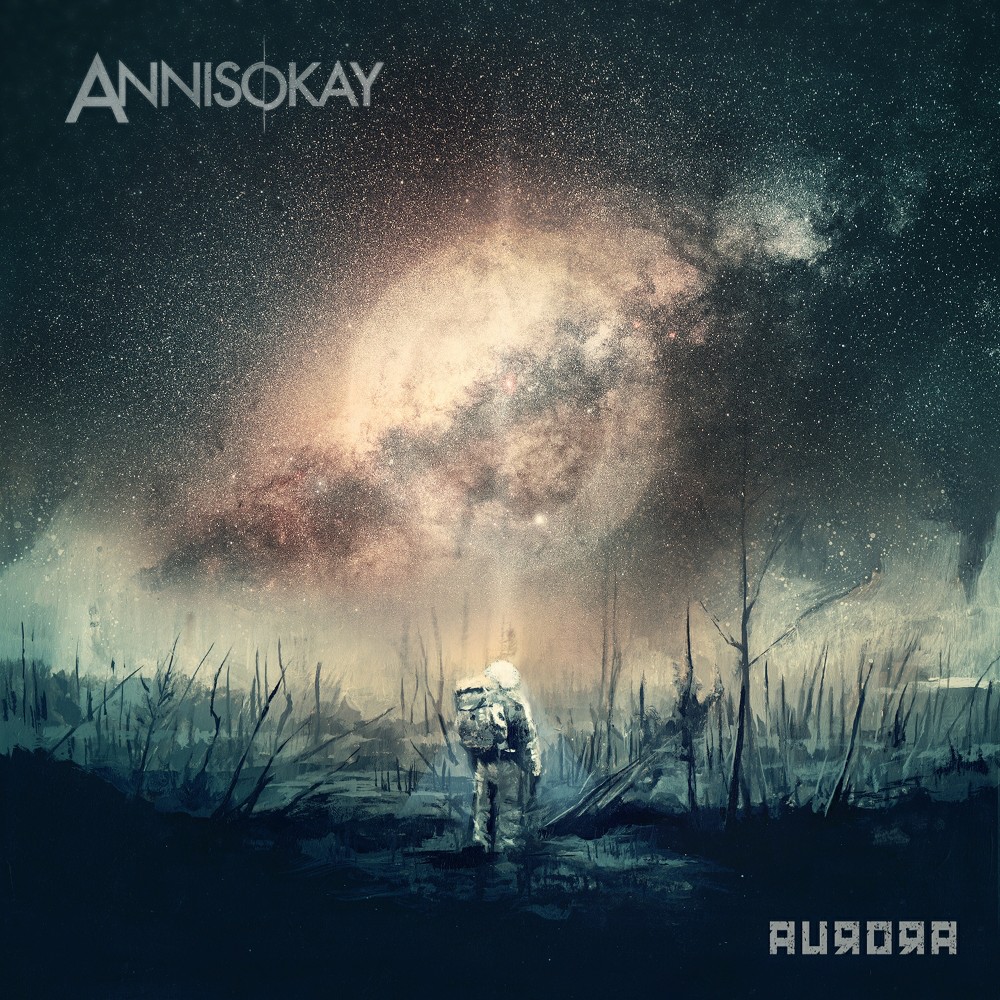 And is okay? An’ is’ okay? Neither. As it turns out these post-metalcore Germans are big fans of Michael Jackson (as am I) and in his "Smooth Criminal" he asks "Annie, are you okay?" so the band answers "Annie’sokay" without the "e" and the apostrophe. Simple? Simple yet original, but their music is rather more of the former despite some obvious influences. Annisokay, today a quartet of Rudi Schwarzer (vocals), Christoph Wieczorek (vocals, guitar), Nick Kayo (bass) and Nico Vaeen (drums), has released 5 albums: "The Lucid Dreamer" (2012), "Enigmatic Smile" (2015), "Devil May Care" (2016), "Arms" (2018) including this, here, "Aurora". I am not familiar with any of their past work but if "Aurora" is any indication these guys deserve to be heard by fans of rock and metal alike especially if you like bands such as LINKIN PARK, STABBING WESTWARD, MACHINE HEAD, RAGE AGAINST THE MACHINE or even MISERY SIGNALS.

According to the promo, Aurora symbolizes the mystical polar light, full of hope on the dark horizon and, to an extent, "Aurora" is a hopeful record with compassionate insightful lyrics we can all relate to, if not always personally then by some proxy. I could do with less profanity but most of the time it is used to accentuate a point rather than to overwhelm. After all, which sounds stronger and more determined, just "shut up" or "STFU" (the actual track name), especially when you’re trying to silence all these internet conspiracy warriors who never bother with fact checking or proof of their bogus claims? The track is a great representation of Annisokay’s songwriting framework. Firstly, a strong Linkin Parky foundation with Rudi channeling the late Chester Charles Bennington and Christoph (who also produced "Aurora") Michael Kenji Shinoda, respectively, whereby harsh/hardcore, clean and even rapping vocals (The Cocaine’s Got Your Tongue) are used. Secondly, a melodic and admittedly catchy chorus follows the aggressive verses, and everything is wrapped up in some MESHUGGAHic djent/deathcore riffing. Voila. While I like that particular track, thankfully, Annisokay is not a one trick pony.

The most emphasis seems to be on catchy melodic vocal lines and, in this regard two songs come immediately to mind as they are both the kind you end up unconsciously humming to yourself all day. "The Tragedy" (about a ballerina) is a heartfelt combination of Daniel Coulter „Dan" Reynolds’ (IMAGINE DRAGONS) verse vocalizations with an excellent chorus where the phrase repetition reminds me of JOHNNY HATES JAZZ’s "Shattered Dreams", all of which would have been satisfactory yet the Germans insert a tasty transition a’la Josh Silver’s (ex-TYPE O’ NEGATIVE) for an altogether standout. The second standout is "Bonfire Of The Millenials" about how the rich have and continue to pass on their investment risks on the public and all the profits onto themselves while ruining the environment while preaching to the younger generation "think about your future" even as they "throw it on the fire" which makes for a wonderful incredibly emotional chorus and accentuates Christoph’s excellent production.

The final aspect of this record is the focus on pure heavy metal riffing which recalls Machine Head from "The Blackening" such in "The Blame Game" where also PARADISE LOST’s "In This We Dwell" seems to be referenced and the closing "Terminal Velocity". The genuinely metal aspect of the record is also heard in the Misery Signals flavored opener "Like A Parasite" and FALLUJAHic "Under Your Tatoo". With Annisokay variety really does seem to be the spice of life.

Over all, the Germans do more things right than not but I question the length of the record with 13 tracks, especially towards the end with "I Saw What You Did", "Standing Still", and especially, the bland and formulaic "Friend Or Enemy" dangerously close to fillers. It seems the tracks should have had all the goods spread out gradually in such a way that the listener could not anticipate the next move, instead of making him or her wish the album had been wrapped up after track 10 or 11. This does not necessarily go for the substance but for repetition of ideas in the 2nd half. In the end, though, "Aurora" is a very good , fairly original record I recommend it to fans of modern rock and metal.