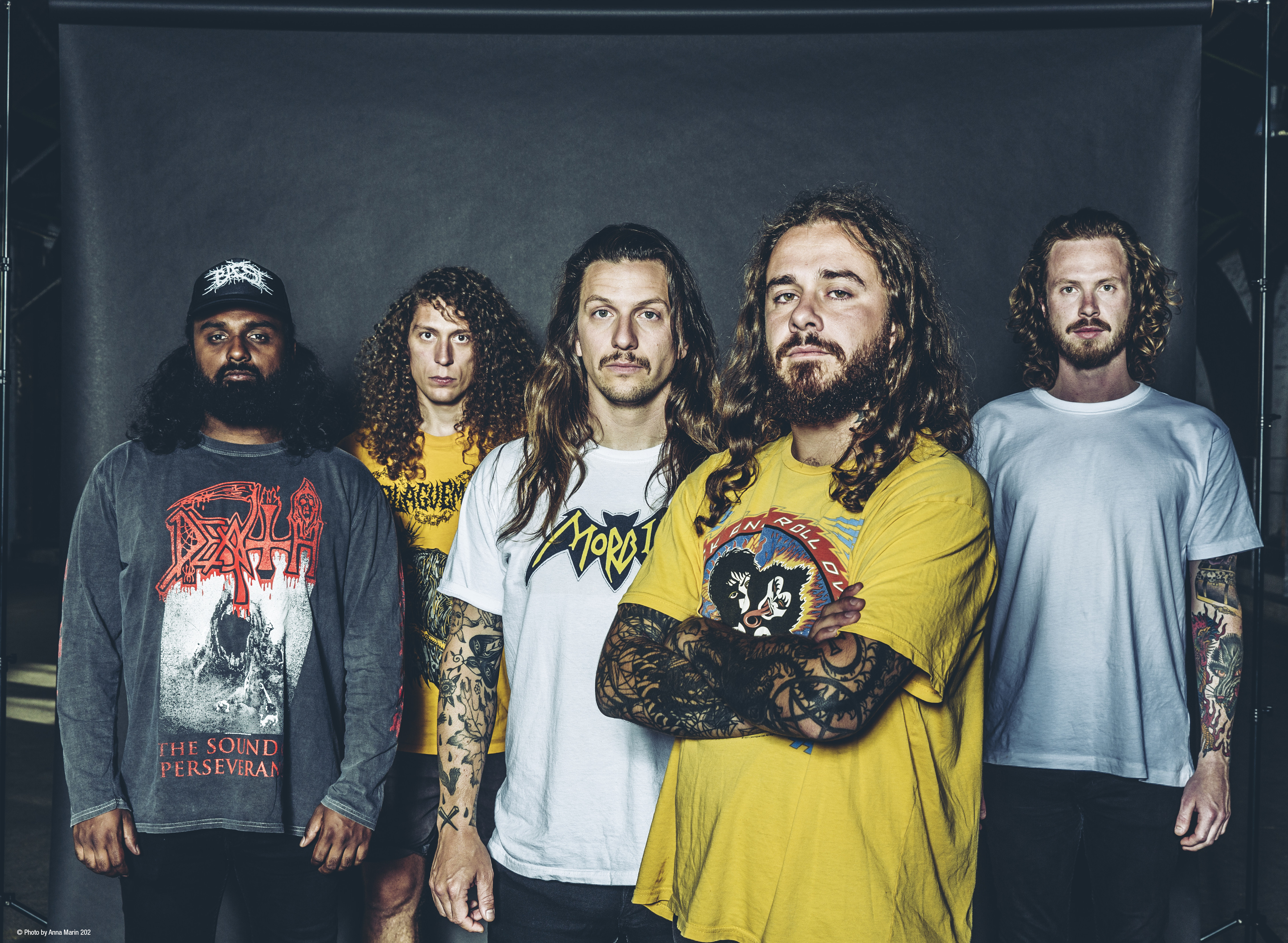 Denmarks Death-Metal powerhouse BAEST release "Genesis" the third single of their upcoming album release "Necro Sapiens" (March 5th). With it comes a powerful live performance video which will be premiered this evening.

"When forging the foundation for a reign supreme, the genesis marks itself as the main suffocation of free thought.  In five days and five nights, the Abattoir prepared their grand design, the grand comedy, their eternal source of power."

" Necro Sapiens! You are the foundation of Baest. The lifestyle, the experiences, the good and the bad times. The challenges and the successes! We are proud to invite you to this club – the official Baest fan club, where we (Lasse, Muddi, Simon, Sebastian and Svend) will throw in some extra goodies, some gnarly looks into the engine room of the band. Or maybe the engine room of the bus, that surely will break down on tour … Stay in contact with us, be the first ones to gain access to pre-orders, ticket sales, merch news and whatnot. Read the newsletter with personal notes from the guys. Stay in the family. We are one – we are none. Hail ye, Necro Sapiens."

BAEST come from Aarhus in Denmark and have successfully established themselves as one of the country’s most promising metal acts in recent years. While deeply rooted in straight-forward classic death metal inspired by genre legends like Dismember, Entombed, Morbid Angel, Death, and Bolt Thrower, the 2015 formed band evolved from a Danish underground phenomenon to an internationally touring act (2018 tour with Abbath, 2019 EU/UK trek with Decapitated). Also, at festivals like Summer Breeze, Copenhell, Ruhrpott Metal Meeting, Roskilde, they left audiences impressed and begging for more. After their already praised debut album "Danse Macabre" the band took it to the next level in 2019 and delivered "Venenum" where they refined their already steamroller-like signature sound. With the expectation-bar already set so high for their next record BAEST truly drops their most anticipated and most important album so far.

The album is available in the following formats and can be pre – ordered HERE!