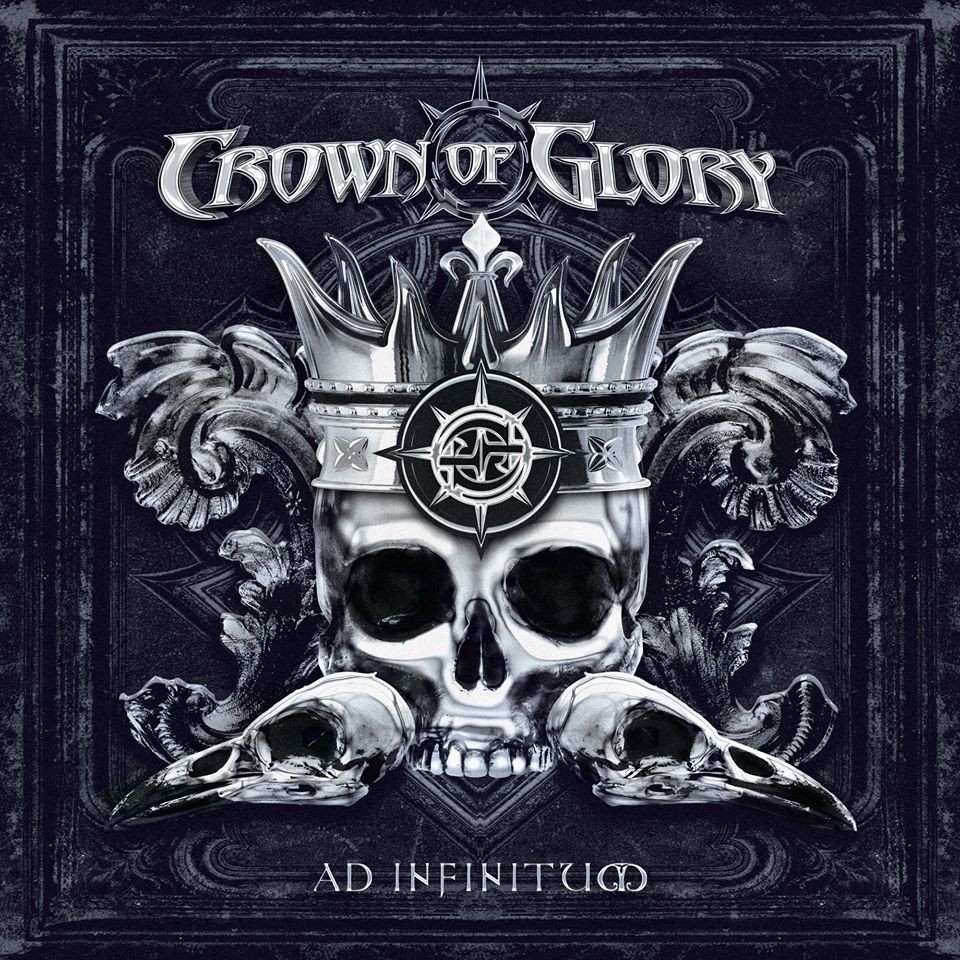 Switzerland has produced some great metal bands over the years and the one named Crown of Glory is another cool one from the Swiss canon of memorable, heavy music. These guys are not exactly newbies as they have been at it ever since 1998 and are veterans, which probably accounts for why “Ad Infinitum” comes across as such a confident and focused effort.
Crown of Glory’s opening track, “Emergency”, pretty much explodes out of the starting block and from that point on we are treated to galloping and melodic heavy metal that is as bombastic as it is huge sounding. Blistering leads, sharp riffs, an effective combo of female and male vocals, and a pounding rhythm section are what is in store for you here. Original or new? Hell no, but the songs are full of energy and fist-pumping choruses capable of tearing your shitty house in two. Even though this outfit is influenced by some of the hard rock giants and heavy metal legends of old, this muscular opus of Crown of Glory’s has a modern sheen to it and sounds current. Again, they do not reinvent anything here, but I really enjoy listening to this entertaining and exciting disc of theirs. It does come across as slightly pompous at times, but that totally works for me today and the whole affair possesses an impressive drive and sense of determination. As to highlights, the Priest-esque “Let’s Have a Blast” and the two uplifting pieces that are “Glorious Nights” and “What I’m Made Of” are the ones that stand out the most.
If you dig epic tracks with plenty of strong melodies and a good flow to them, check “Ad Infinitum” out.
https://www.facebook.com/crownofglory.ch/
PREVIOUS POST

ENDAST – Standby To Get Some