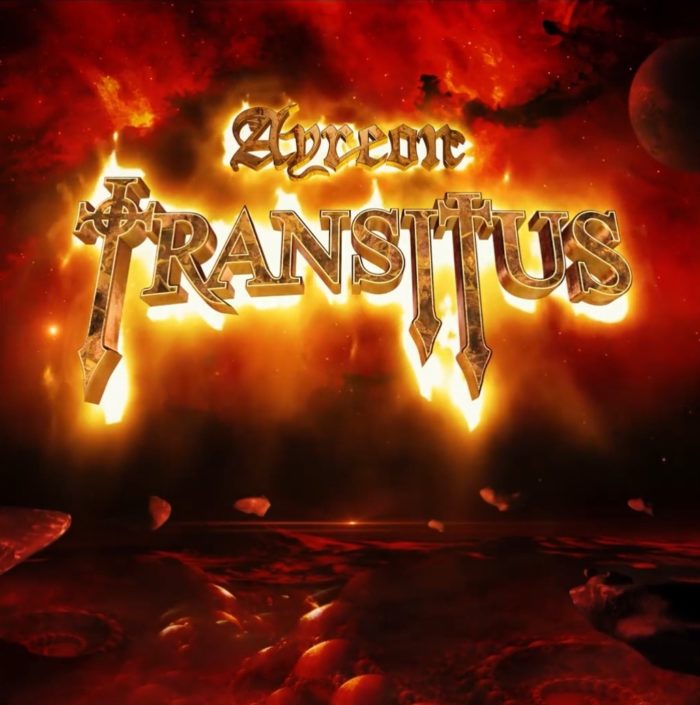 Ayreon releases 2 videos from upcoming album Transitus
Ayreon’s New Studio Album Transitus Is Released 25th September 2020 Via Music Theories Recordings, featuring guest performances from; Tom Baker (Doctor Who), Simone Simons (Epica), Dee Snider (Twisted Sister), Tommy Karevik (Kamelot), Joe Satriani, Marty Friedman + more
Watch the video for Get Out! Now! here: https://youtu.be/29tpbjYAzd0
Watch the video for Hopelessly Slipping Away here: https://youtu.be/JeeVX6rbVMc
Arjen Lucassen: "Welcome to the colorful world of.. Transitus!  Finally the time has come to present you the very first full singles and lyric videos of the new Ayreon album  Transitus. Yes… singleS, plural! This album is incredibly diverse so I really couldn’t choose just one track because I wouldn’t want people to get  the wrong impression of the overall mood of the album. So we decided to make a video for both an atmospheric track ‘Hopelessly Slipping Away’ and a rocky track ‘Get out! Now!’
‘Hopelessly Slipping Away’ features Tommy Karevik (Kamelot) and Cammie Gilbert (Oceans of Slumber) on vocals.  It’s a haunting track with analog synthesizers and violin, and it slowly builds to an epic climax with marching snares.  In this video we see the ghost of Daniel (Tommy) hopelessly trying to reach out to his beloved wife Abby (Cammie)  who clearly feels his presence but can’t see or hear him.
Photo by  Lori Linstruth
The track ‘Get Out! Now!’ is a straightforward and energetic rock track with powerful drums, bass, guitars and  Hammond organ. It features the illustrious Dee Snider (Twisted Sister) and Tommy Karevik on vocals, and none  other than the legendary Joe Satriani plays a blistering guitar solo. In this story Daniel’s intolerant father (Dee)  banishes Daniel (Tommy) from his estate for having a forbidden affair with their servant Abby. So here you have it… I hope you enjoy at least one of the two tracks, have fun! :-)”
Ayreon will be releasing a brand-new sprawling and epic studio album ‘Transitus,’ on 25th September via Music Theories Recordings. The album will be available on 2CD, 2LP gatefold red transparent vinyl and a 40-page Earbook  which includes 5 discs; 2CD album, 1CD instrumental versions, 1CD guide vocal versions, and a DVD with bonus footage  which includes a behind the scenes video, a videoclip, trailer and a 5.1 audio and hi-def stereo mix of the album. The  release will be accompanied by a 28-page graphic novel which will be included in the Earbook as well as the 2LP. The  physical pre-order will launch on June 25, where digital will go live on July 16.
In 2017 Ayreon released ‘The Source,’ which revisited the ‘Forever/Planet Y’ saga, but now three years later it is time
for something completely different…
“The year is 1884, these are dark, troubled times, fraught with greed, envy and prejudice…” begins our narrator and storyteller,  Tom Baker…
‘Transitus’ is built around an entirely new story, not connected to the Ayreon universe although as always it does have some
subtle links. The sci-fi theme makes way for a gothic ghost story set (partly) in the 19th century with elements of horror and the
supernatural. It’s on a dark thunderous night where our story of Abby and Daniel begins.