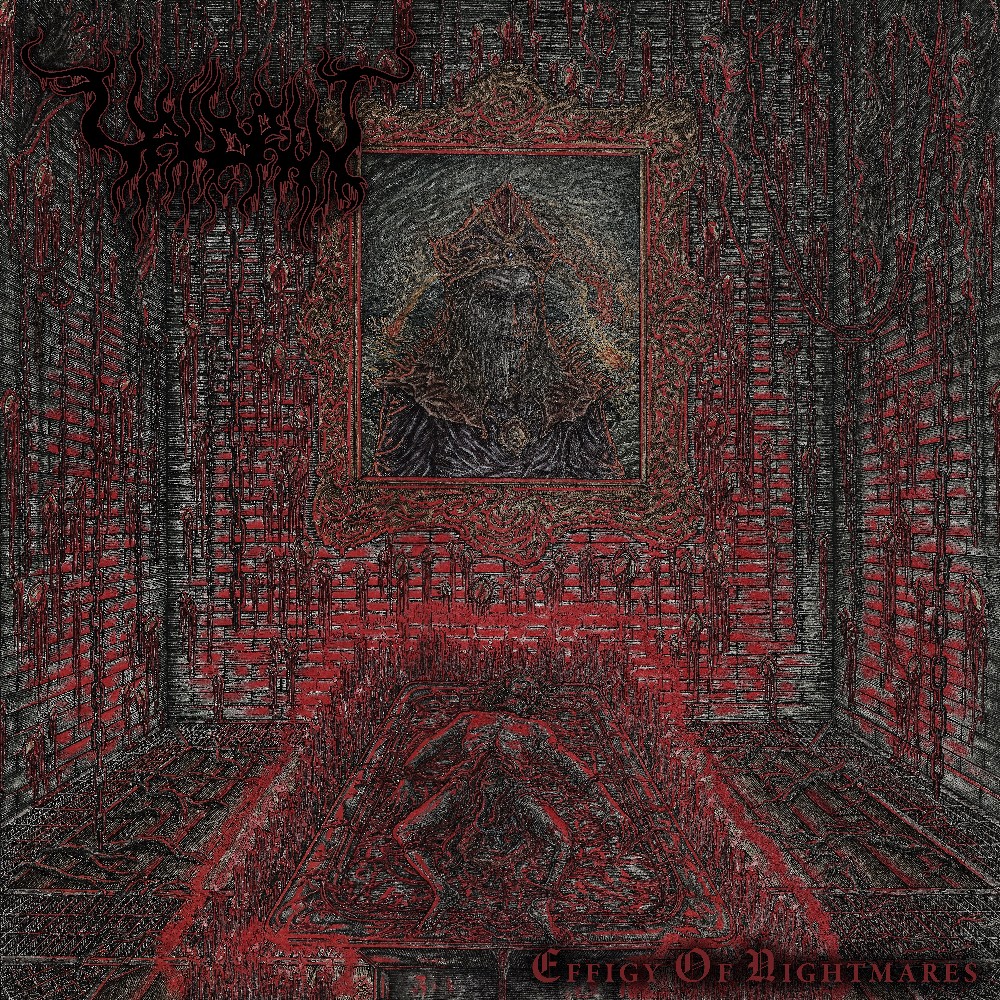 Formerly known as Viravoid (2006) and Dawn Of Wolves (2006-2010), then spawning "Beyond The Forest" (2014), "Two Carrion Talismans" (2018) before this, their 3rd LP, Valdrin are one of the more interesting acts in American (Cincinnati, Ohio) black metal, combining the 90’s classic sound of Emperor or Dimmu Borgir with Opeth-ian structures (most notably on "Serpentine Bloodhalls"), an impressive marriage of brutality and melody, with a convincing light/dark ratio.

The material is fairly even but it is not too hard to find a favorite – "Red Burning Candles Of Hatred" with its memorable dissonant brutal melody recalling Deathspell Omega, although the more progressive slightly latter Death-ly closer "Down The Oubliette Of Maelstrom" is a close second. As the music is deep, complex and cavernous it is easy to get lost in the spiraling labyrinthine cacophony.

I give this album a 5/6 for two reasons. Firstly, even though tracks seem long and unravel meticulously, there’s still a sense of the incompleteness when the closer fades out replaced by apocalyptic synths and then, just when it gets unbearable, it gets cut off and dies. One or two more tracks and it could approach a masterpiece. Secondly, while the sound comes through clear its cavernous nature comes at a cost of power. Imagine what could be done with Dimmu Borgir’s early 2000’s production!

I recommend "Effigy Of Nightmares" to lovers of both classic black and progressive atmospherics of the genre. It is definitely an excellent and unique album worth your time.