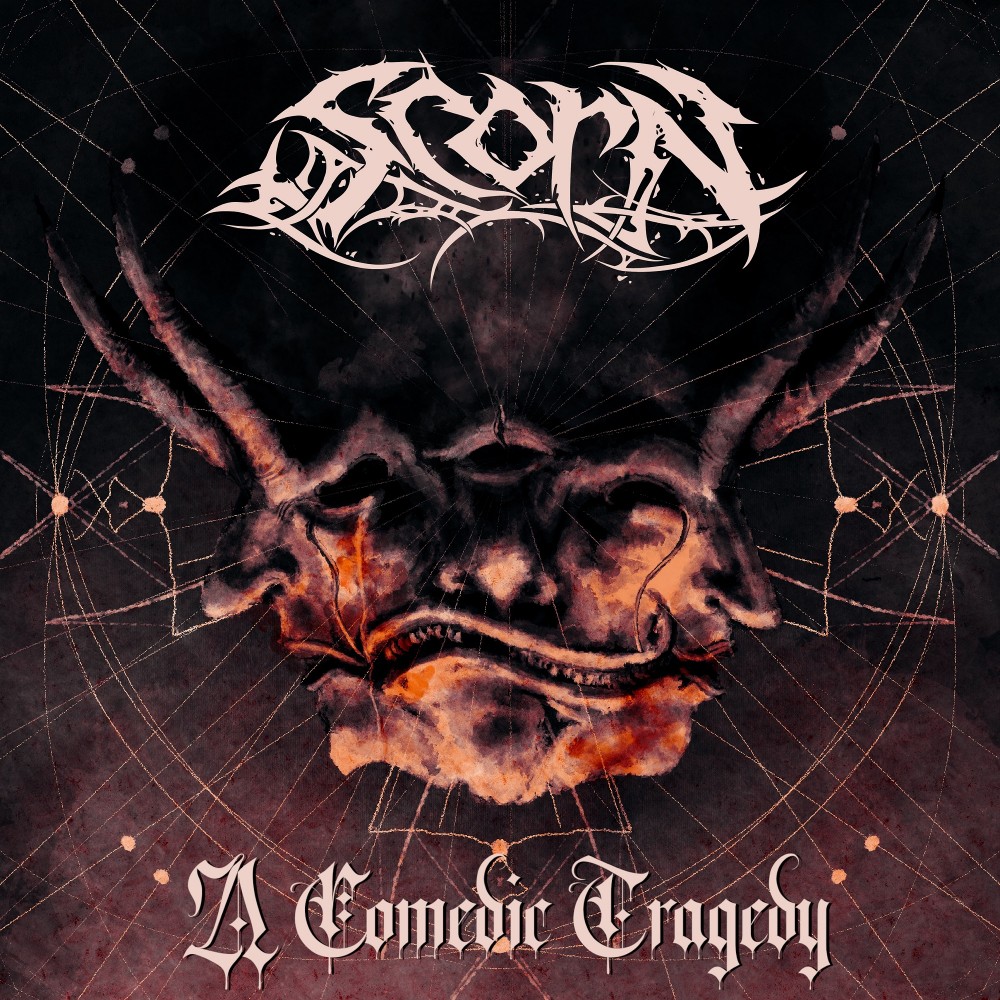 There is something about the 3rd and 4th Sepultura albums, "Beneath The Remains" and "Arise" which brings a longing for the death/thrash of old where the two genres were so inextricably linked the hyphen was pointless. The Canadian one-man band, Scorn, brings back some of that feeling while reaching into ancient Deicide, where it seems to have originated, and even further back, old Death, where it really originated, for an inconsistent but another very good effort from the promotional metal farm of Jon Asher and his Asher Media Relations.
Steven Rowlands begun to Scorn this sick, twisted world in 2014 from the Canadian Guelph, Ontario with the independently released "To Bleed Or Not To Bleed" EP (2015), handling all instruments, vocals and programming himself, likely including production which has this old death feel to it that is hard to reproduce. Three singles later he was ready to unleash the debut LP, "A Tragedic Comedy" upon the unsuspecting world populace.
What strikes me immediately upon the first contact with Rowlands’ work is his love for Deicide’s sophomore album "Legion" and Sepultura’s aforementioned "Beneath The Remains/Arise" stylings, in the way the simple but extremely catchy deaththrash riffs drive the song, but Scorn has plenty of relentless speed, such as in one of the favorites, "Demented", a track of surprising Prong-ian twist and often changing pace, which could rightly be called progressive. It ushers in the album’s second instrumental (the first, the opener) and decidedly more interesting side 2, with excellent tracks such as the old Death-ly "Phagocytosis", which bears some Morbid Angel-ian marks, the more complex Pestilence-ian "Chemical Lobotomy" which begins with a unique acoustic intro akin to the discussed golden deaththrash era, or the closing "Falling Fortress" which ends with war sounds and rhythmic marching riffs (can’t get more metal than that!)
Were I to judge this album just by side 2 it would have been an easy 5-er but tracks "Frenzy", "Dense Mind" (with a clear nod to Obituary) and "Psychotic Acts", all of which begin side A, seem to be a little haphazardly put together in comparison, or else, as if Steve was merely warming up. As for the album length below the 40 minute mark, well, here’s another throwback to the days of yore, and the album still feels like a full length, so no complains there.
If you miss old Sepultura, old Deicide, old Death and the likes back when catchy and extreme were interchangeable terms, do yourself a favor and give this a listen, especially side B. The album is far from perfect but it’s a very good testimony to Steve Rowlands’ undeniable compositional and instrumental talent.