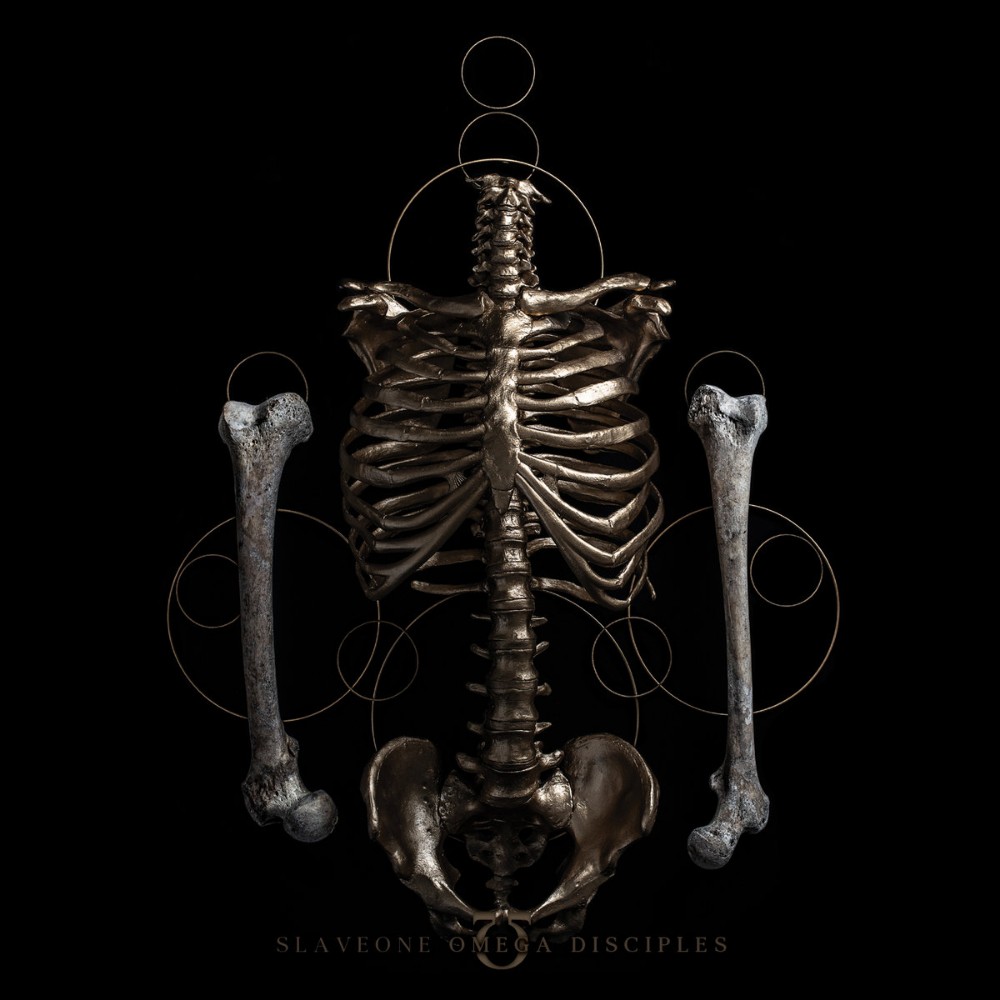 How much originality does the modern death metal have? Is the genre on the roundabout with constant view to the past, back where things were great and innovative? On their 2nd album, the French quintet proves that death metal can still sound fresh and daring without having to reinvent the proverbial wheel.

Having formed in Montargis, Centre-Val de Loire, Slave One immediately recorded "Vermin" Demo (2009) followed by "Cold Obscurantist Light" EP (2012), "Disclosed Dioptric Principles" (2016), which was their first on Dolorem Records, before "Approach To Deceit" EP (2017), the latter a prelude to this here, "Omega Disciples". Consisting of Tarvos "Ciril" Brádach (vocals), Nicolas S (guitars), Benoît (guitars), Jean Taraud (bass) and Sébastien (drums), Slave One, of course, draws inspiration from multiple artists such as: Immolation (Unholy Cult/Harnessing Ruin), Mastodon (Blood Mountain), old Death, Ulcerate, Sepultura (Chaos A.D./Roots), The Chasm, Clemency etc., yet at the same time showcases much original thought, especially in unusual song structure and pace, with some songs clearly not written for the proverbial radio, but rather forcing the listener to patiently uncover its layers, yet with simultaneous accessibility and catchiness, to boot.

The best representatives of this last point are the jazzy "Dissident Flesh" and "Shapers Of The Inconsistent Horizon", which happen to be my favorite cuts. The other tracks follow the similar (lack of) pattern but seem neither as impressive nor cohesive, although the Mastodon-ian "Debris" comes really close to a standout, that is, it would be one, provided it were more detailed instead of relying on those two catchy riffs throughout, whereby it seems somehow lesser, in comparison.

There are some tracks which seem to stick too close to their influences, such as the very Immolation-ary opener "Lightless Perspectives" or the French equivalent of the English title instrumental, which should have been made into a song proper. The biggest flaw of the album, then, is its inconsistency, forgivable maybe on a debut but not on a sequel, where the band ought to be more cohesive and decisive. Indeed, Slave One sounds undecided concerning what they actually want to do, which is no more evident than on the promising closer "Suffocating The Stars", which shows Testament-ian and Revocation-ary flair but ultimately disappoints.

"Omega Disciples" is a worthy but flawed follow up to Slave One’s debut. Despite great musicianship and execution the French ensemble needs a little more experience to fully show off what they’re capable of, but it must be said that the aforementioned standouts hint at future greatness if they can hone it in.