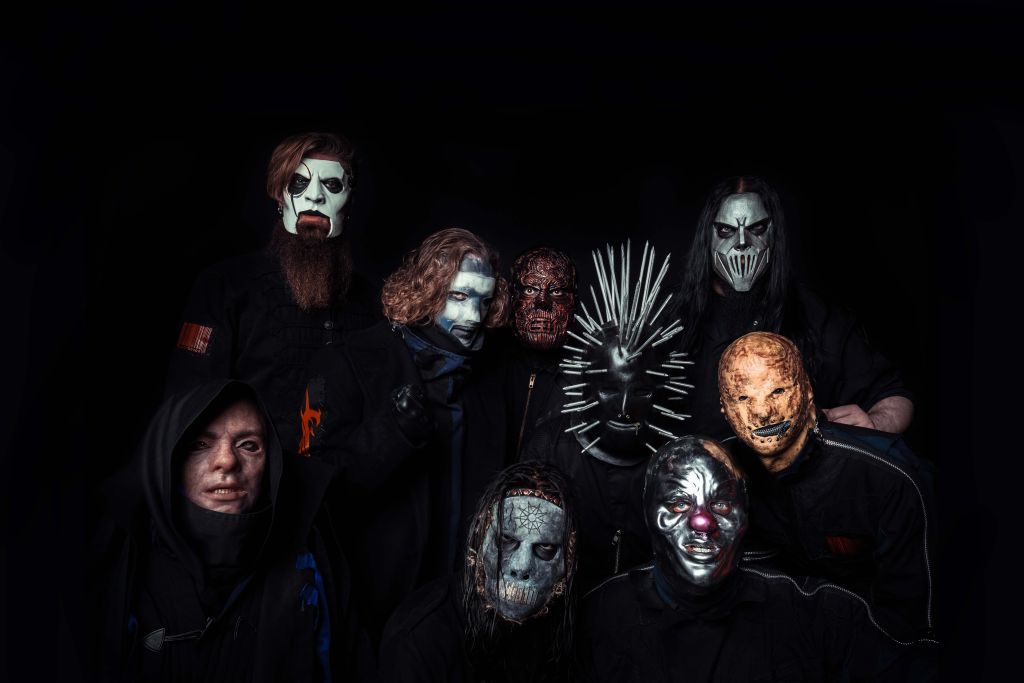 WE ARE NOT YOUR KIND WORLD TOUR STARTS JANUARY 14TH

CHART-TOPPING NEW ALBUM WE ARE NOT YOUR KIND OUT NOW

SLIPKNOT have shared "Pollution," a twenty-minute short film directed by the band’s own M. Shawn Crahan, which is streaming now on the band’s YouTube channel. The expanded film centers around Slipknot’s official music video for "Nero Forte," which captures the band delivering a pummeling technicolor performance. "Nero Forte" is featured on the GRAMMY® Award-winning group’s chart-topping new album WE ARE NOT YOUR KIND.

Crahan elaborated on the film stating, "I set out to make a short film that makes you question your own existence, here in this reality.  When you lay down in your bed, next to the one you love, do you ever ask yourself – is it possible that this person could slit my throat while I’m sleeping? Enjoy. Pollution is everywhere."

WE ARE NOT YOUR KIND staked its claim as one of 2019’s top albums, earning #1 album nods from Rolling Stone and Kerrang! in their year-end roundups, alongside additional "Best of 2019" accolades from Revolver, Consequence of Sound, Loudwire, Alternative Press and more. "With their latest studio album, Slipknot have released one of the strongest albums in their career," remarked Consequence of Sound. The Ringer professed, "SLIPKNOT’s sixth album WE ARE NOT YOUR KIND… furthers the argument that they’re the most important heavy band of their era," while Vulture praised the LP for its "maelstrom of serrated riffs, warlike drums, and machine-gun poetry from Taylor," and The UK’s NME put it simply: "The ‘Knot’s sixth album is an astonishing record."

Having just headlined Viva El Rock Fest in Lima, Peru alongside The Strokes and Interpol, SLIPKNOT will head to Europe this January for a headline arena tour featuring special guests Behemoth. [see itinerary below]. The European leg of the We Are Not Your Kind World Tour begins January 14th in Dublin, Ireland, and follow Slipknot’s massively successful North American Knotfest Roadshow tour. For tickets and more information, visit www.slipknot1.com.

Furthermore, SLIPKNOT recently expanded the global footprint of Knotfest with the announce of Knotfest At Sea and Knotfest UK. The inaugural voyage of Knotfest At Sea, the band’s first ever cruise event, will set sail from Barcelona, Spain on August 10th, and will be headlined by SLIPKNOT who will perform two sets during the four-night cruise. The full line-up for Knotfest At Sea and on-board experiences will be announced in the coming weeks. Knotfest UK is set to take place August 22nd at England’s Milton Keynes Bowl. The mind-altering collision of music, art and culture will mark first time Slipknot have played The National Bowl in Milton Keynes since 2001. For more info on Knotfest, head to www.knotfest.com.

Earlier this Summer SLIPKNOT returned to the top of the ‘Billboard 200′ with the explosive chart debut of WE ARE NOT YOUR KIND. The album entered the chart at #1, marking the band’s third consecutive #1 album on the ‘Billboard 200.’  Furthermore, WE ARE NOT YOUR KIND captured #1 debuts in the United Kingdom, Spain, Australia, Canada, Japan, Portugal, Ireland, Belgium, and Finland, as well as Top 3 debuts in Germany, France, Norway, Italy, Austria, Switzerland, The Netherlands, and New Zealand.

WE ARE NOT YOUR KIND is highlighted by "Solway Firth," "Birth Of The Cruel," and the LP’s lead single "Unsainted." Each has come with a M. Shawn Crahan directed official music video, and each has trended worldwide on YouTube (all videos, not just music) – "Unsainted" at #1 for a full 24 hours. Combined, videos for the new album have amassed over 87.2 million views in only three months.

SLIPKNOT shook the world with the live debuts of "Unsainted" and their 2018 single "All Out Life" on Jimmy Kimmel Live!, both of which have become the show’s most viewed music performances of 2019 on YouTube.  More recently, SLIPKNOT’s Jim Root broke down "Unsainted" stem-by-stem on the popular Song Exploder podcast, while Crahan discussed his artistic process and inspirations in conversation with GQ.

For more information on SLIPKNOT, visit:

AZUSA ‘WENT AGAINST THE WORLD’ IN NEW SINGLE