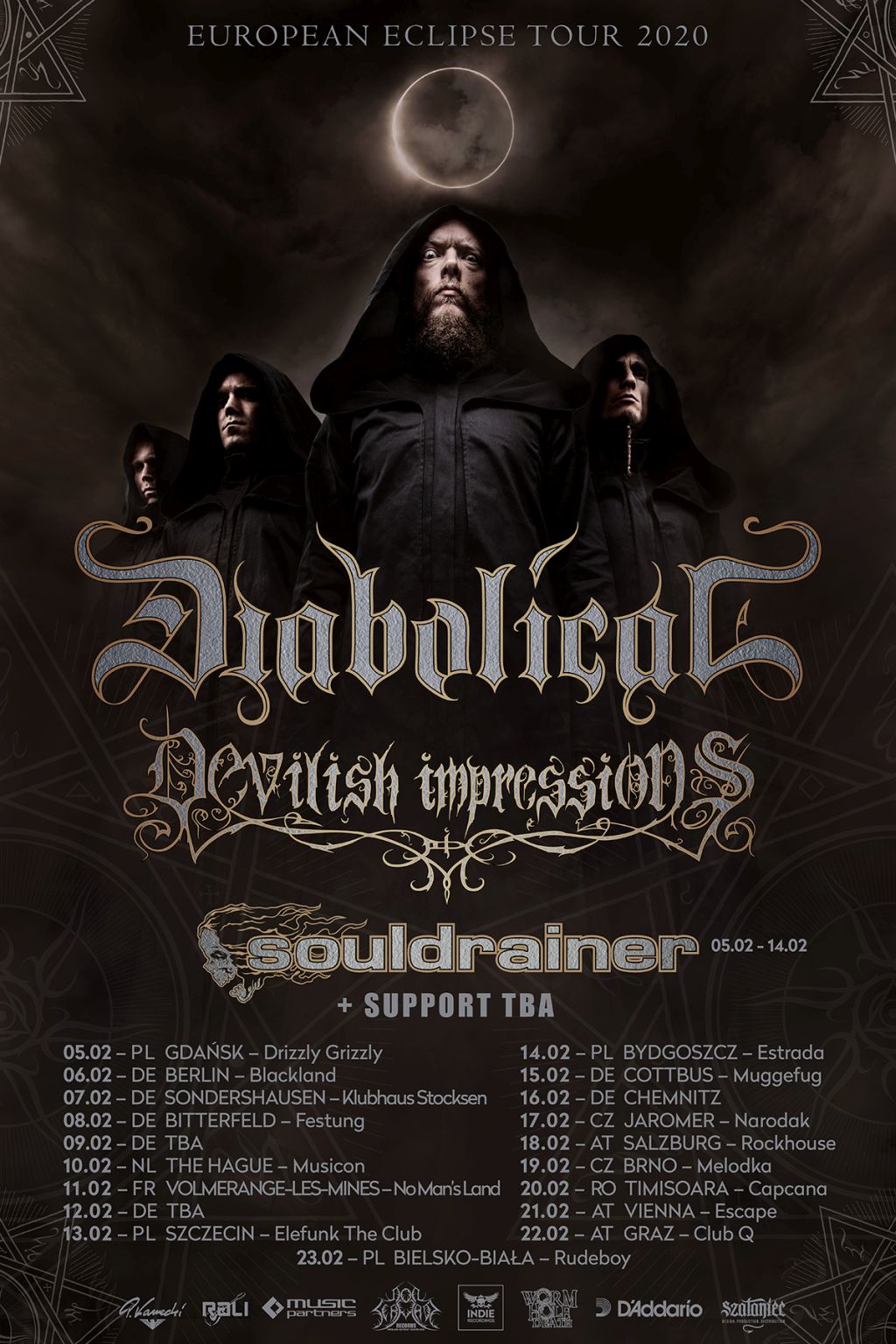 The innovative blackened death metallers DIABOLICAL announce that they will tour across Europe in February 2020. The swedes will bring DEVILISH IMPRESSIONS, SOULDRAINER and another yet to be confirmed band with them on the tour, which will consist of a total of 19 shows, kicking off in Gdansk February 5 and wrapping up in Bielsko Biala, February 23.

The band is touring in support of their sixth studio album "Eclipse", which was released through Indie Recordings earlier this year. With "Eclipse", DIABOLICAL proved to be more vital than ever. The album is a tour de force with spitting musical and aesthetic complexity swirling around a dense soundscape of excellently distilled and refined ideas, altogether forming a rare display of musical craftsmanship equaled by very few contemporary metal bands.
The band toured extensively in 2019 with Septic Flesh, Krisiun and others, and are now taking it a step further with their first headline tour in support of "Eclipse".

Guitarist Carl Stjärnlöv comments: "It has been an fantastic year for us a band, maybe the best we ever had, and we are looking to make 2020 even better. The response for ‘Eclipse’ has been quite overwhelming and we are greatful for this opportunity to go out on tour with some old friends."

DEVILISH IMPRESSIONS will appear as special guests for the entire tour, while fellow swedes SOULDRAINER will be a part of the first half of the tour.

Additional supports are yet to be confirmed.

Vreid: Songs that Changed the World