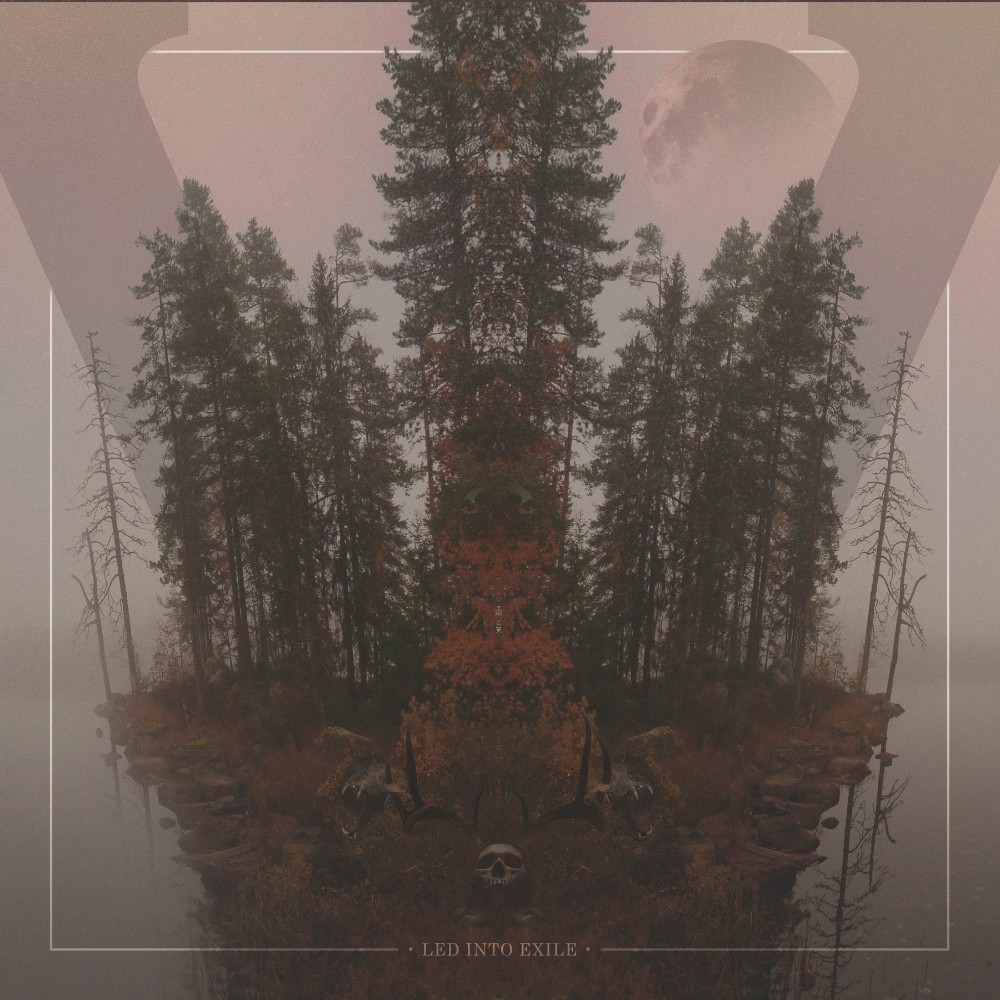 Sludge/doom/post-hardcore/post-metal is a genre meld which can yield highly interesting compositions or it can merely highlight its creators’ ability to do so without putting it in notes. This latter reality is of this Swedish ensemble’s 2nd album, which feels grossly understated whether or not this was the original intent.

The quartet formed in 1994, in Dalama, Sweden under a different moniker and subsisted for over 12 years under different names (one of which Encyclopedia Metallum reports as Amend) chiefly due to members original bands’ obligations (In Mourning, Katatonia, Afgrund, et al.) before independently recording “V-VI” EP, which did not see the light of day until 2016, again, for reasons stated above, and when the Swedes finally settled on V as their name. The debut LP, "Pathogenisis" (2017), followed, released on Suicide Records, the label which released also this here, the 6 track follow-up, recorded as Andreas Baier (ex-Afgrund) (guitars, vocals, synthesizers), Jonas Gryth (guitars), Marcus Lindqvist (bass, vibraphone) and Daniel Liljekvist (ex-Katatonia, ex-In Mourning) (drums, percussion).

"Led Into Exile" is a story of a man so disgruntled with our sick, sinful and perverted two-faced society that he voluntarily disappears into the wild Finnmark in Dalecarlia Sweden. The album concerns his struggle in harsh environment against the original inhabitants of the taiga-belt, his interaction with the forest spirits and his ultimate disappearance never to be seen again. This is very well represented throughout the ending title track as it reveals different states of his mind all the way until his downfall. The start and the end of the album are some of the best compositions, the opening "Broadcast From The Shadows" gradually unfolding in a doomy My Dying Bride-ian fashion with hints of In Mourning (of course) and Katatonia (naturally) which are more fully represented on "Illviljan" – starting from a Tool-ish/Nine Inch Nails-ic rhythm, built up through Black Sabbath-ian riffing to a satisfying chorus a’la Katatonia’s "The Great Cold Distance". And that is really the essence of what is good about V’s 2nd album.

The major problem with this disc is the flagrant inconsistency and the attention deficit disorder-like hyperfocus on a single insignificant detail, which becomes expanded and emphasized to the point of giving an impression of a jazz jamboree gone out of hand. Nowhere is this more evident than on the minimalistic and basic "Hostage Of Souls" where Pink Floyd and Mastodon struggle for dominance and then we get about 3 minutes of soft psychedelic noodling which could put even Angelo Badalamenti to sleep. The all-acoustic "None Shall Rise Again" recalling Pink Floyd’s "Welcome To The Machine" or "Wish You Were Here" as well as Pantera’s "Suicide Note Pt. I" is a little better chiefly due to inclusion of a catchy keyboard background melody. But "Phantasmagoria" is probably the most frustrating track, not because it’s bad, its Katatonia/In Mouring and My Dying Bride-ian melodicism is some of the best on the album, but because it is so annoyingly understated as if V were trying to say "yes we can really be this good, we have the talent, skills and technology but we just don’t feel like it", and that is the feeling which haunts me through this album.

Instrumentally and lyrically captivating, the Swede’s 2nd LP fails to impress compositionally and, to these ears, a great improvement in songwriting should be their primary goal for the 3rd album, should they ever attempt it.

COME BACK FROM THE DEAD – The Rise Of The Blind Ones