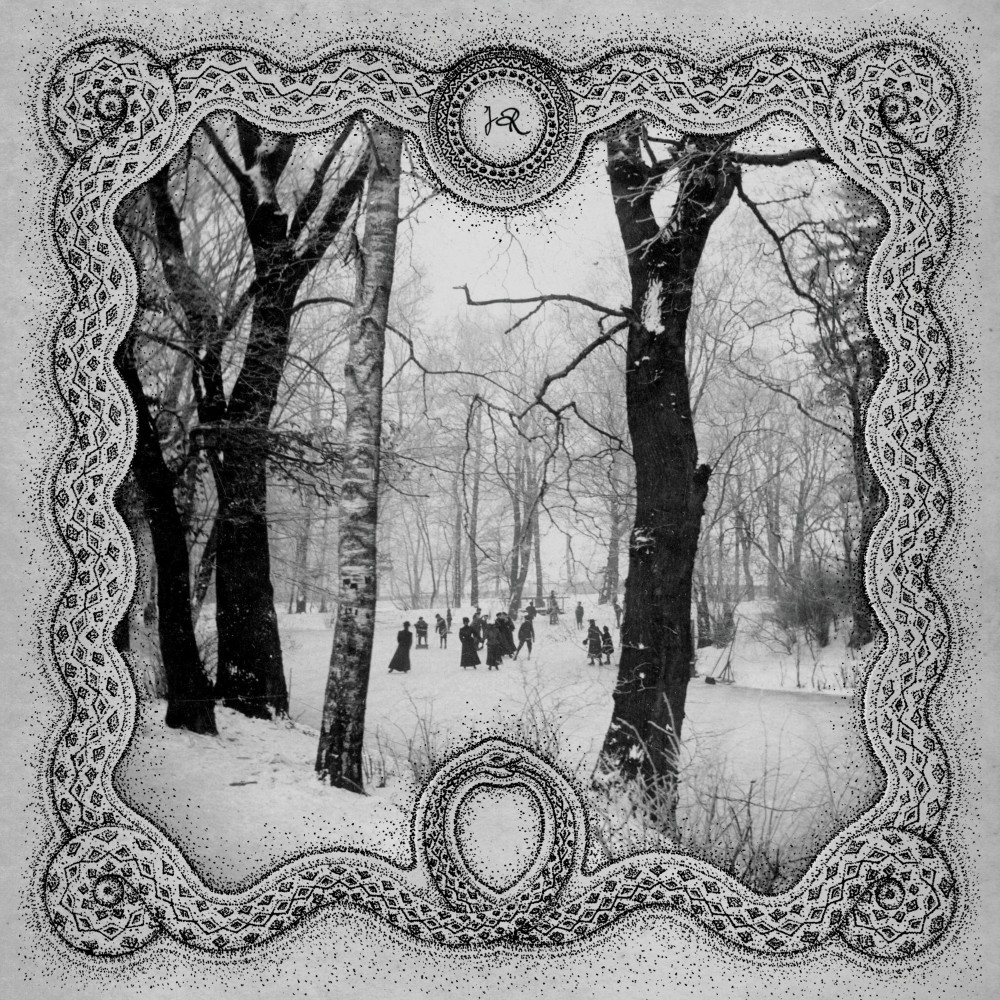 The Danish epic black metaller’s 2nd full lenght is a work of relentless brutality of early Dimmu Borgir or Enslaved and magnifiscent melody of Dissection, combining fantastic musicianship and flawless execution with near perfect songwriting, for one of the best genre offerings this year.

Orm (Danish for serpent), is a Copenhagen-based quarted consisting of Simon Sonne Andersen (guitars, vocals, production), Theis Wilmer Poulsen (guitars, vocals), Troels Cort Nielsen (bass) and Adam Schønemann (drums), formed in 2015, who immediately following formation independently released a debut EP, "Serpent Mother", followed by a debut eponymous full length, two years later, already on Interdisciplinarian which they are signed with to date, including this, the subject of this review.

Whereas the debut was a collection of several compositions, "Ir" consists of just two 20 minute+ symphonies. According to Orm’s mainman, Simon Sonne Andersen, who expertly and flawlessly produced the album, orm is "a long, cold and boneless beast that slithers in the abyss", his characteristics interestingly akin to the Biblical Serpent also called The Adversary and The Slanderer, as well as The Dragon (Revelation 12:9). Of course, like the Danish Orm, the Biblical Dragon is neither a literal dragon or a literal serpent but figuratively a beast of fierce, ferocious qualities. He is powerful, ferocious, pitiless, merciless, dangerous, and deadly. Howbeit, whereas in the Bible he is a fierce enemy of mankind, in the Andersen’s fable he is a necessary agent of balance in the Universe. With such a compelling concept we can and do expect a fitting magnifiscent musical frame and, indeed, we are not disappointed.

"Klippens Lyse Hal", the more ferocious of the two tracks, combines the best of Enslaved and Extol with fierce, almost death metal riffing, whereby relentless extremity haunts you for over 10 minutes, but, if you can stomach it (and I love it!), at a 10:50 mark you’re rewarded with a gorgeous melody, the following varied structure and change of pace recalling early Opeth yet surprisingly understated with a trumpet, whereby a clearly Dimmu Borgir-ian marriage of melody and power ensues, but with a definite progressive twist, Adam Schønemann’s excellent drumming giving way to a very Iron Maiden-ic end. Again, although you’ll certainly appreciate the fabulous melodies, the strong impression is of being hit by a speeding train after someone carried your bed onto the train tracks overnight for a very rude if a brief, awakening. Or could you rather have been eaten by a giant serpent?

"Bær Solen Ud", on the other hand, takes its time unraveling in an ancient Opeth-ian baroque gorgeous acoustic fashion until the doom power chords resembling Pink Floyd’s "Dark Side Of The Moon" usher in a very chaotic almost Emperor-ic prowess, whereby we are back under that train but now accompanied even more distinctly by Dissection and Enslaved. At around 9 minute mark Orm gets briefly more atmospheric, gradually growing into almost dissonant doom for an excellent old Amorphis/Extol-ic melody then slower "The Jester Race/Whoracle" In Flames, the finale very romantic long and dreamy then doomy, almost funeral if definitely hopeful, which recalls recent Mournful Congregation, whereby "Ir" tastefully and memorably recedes into the dark recesses of the human mind from which it came.

There’s but one minor flaw in this otherwise fantastic album – some of the transitions seem to call for a natural division between more than two tracks, so as to lose the impression of a one long track. Then again, perhaps this is exactly what the Orm intended, both in design and in the listener’s reception?

Placing itself at the 2nd place in my 2019 Top 5, only behind Eternal Storm and relegating Isole to a 3rd place, Orm created a fantastic album in "Ir", equally devastating as it is memorable and melodically appealing. It comes very recommended for those who demand more from modern extreme metal.

EMPYREAL – My Own Living Hell