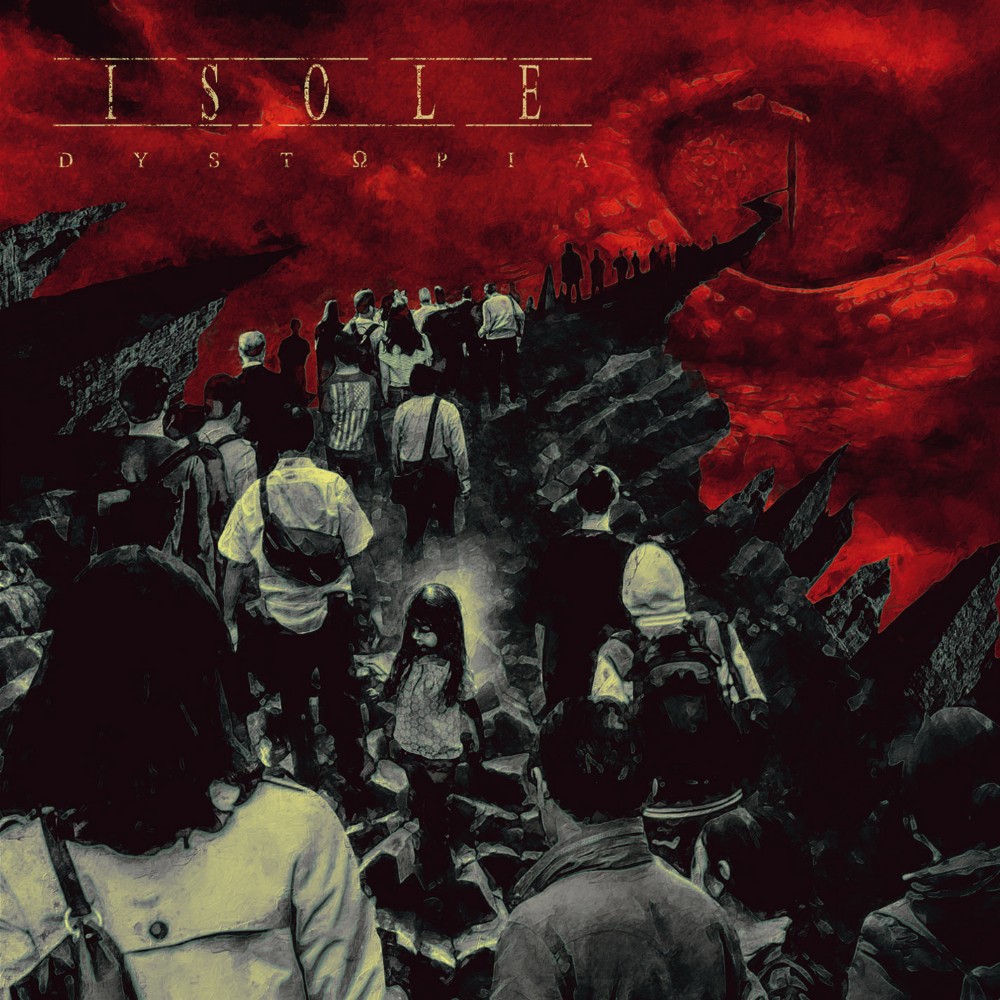 With their 7th album the Swedish epic doom/death ensemble return for some of the best Peaceville-oriented material with hints of Swallow The Sun, classic melodic and old school death metal, with one of the best albums in their history.

Born Forlorn in 1991 and persisting under this moniker until 2004, the group changed their name to Isole, having secured a contract with I Hate Records. My personal journey with Isole, which today is Daniel "Ragnar" "Vortex" Bryntse (Ereb Altor, Morannon) (guitars, vocals, drums), Crister Olsson (Ereb Altor) (guitars, backing vocals), Jimmy Mattsson (bass, backing vocals) and Victor Parri (drums), started with their third album, the critically acclaimed, "Bliss Of Solitude" (Napalm Records, 2008), which I loved so much I ordered it online. Although I was already very familiar with the, so called, Peaceville Trinity (named after the old Peaceville label) of Anathema, My Dying Bride and Paradise Lost, I was really impressed by how huge and epic Isole was while liberally drawing from that old well. "Silent Ruins", released a little over a year later, saw them expand and diversify their sound, while "Born From Shadows" (2011) was infused with more death metal sound, growls every so often dominating Daniel’s magnifiscent cleans. And I missed "The Calm Hunter" (2014) almost entirely, having only heard one track (the only one available on their bandcamp) while, from the reviews, I gathered they went more progressive and darker. Well, if so, then on "Dystopia" the darkness is complete.

Again, "Dystopia" is a pitch black record. It is still very much epic doom but it has a lot more to do with death and black metal (although on the slower side) while occasionally deviating toward traditional metal. As touching doom, this album recalls funeral acts such as Mournful Congregation or Esoteric, while quite a few of the death/doom patterns are reminiscent of Swalow The Sun. There aren’t any fillers or anything even approaching one and all the tracks are well developed with hooks, melodies and riffs to cherish for multiple spins but there are a few compositions which stand out from the pack.

The best overall track is hands down the opener, "Beyond The Horizon", simultaneously a fitting representative of the whole record and an amalgate of every detail spread out through these 7 compositions. It is kept generally in the Peaceville Trinitarian vein but the main melody recalls Dark Tranquillity and the excellent Iced Earth-ian transition chases an equally classic Mercyful Fate/King Diamond one, with a touch of Megadeth for indubitably great measure. At this point the only vocals is Daniel’s clean singing but that’ll change on the fantastic My Dying Bride-ian "You Went Away" where the growls and deathly guitarwork cooperate in the manner similar to Swallow The Sun or even 2005’s Opeth. The album is perfectly paced and arranged as the following fabulous "Forged By Fear" makes abundantly clear, as the song is so engulfed in Hypocrisy-ic or Edge Of Sanity spirit it might as well have been written by Alf Peter Tägtgren or Dan Erland Swanö, respectively. This spirit is further carried over to the opaque and, well, truly dystopian, "Galenskapens Land", second, after the opener, most varied track on the album, truly an epic affair, more so, because it is sung entirely in Swedish.

Mistakes, to borrow from Francis Albert Sinatra, they have made a few but they do not merit more than a half a point deduction. Actually, I’m not even sure they’re mistakes for are not the "Icon" Paradise Lost-styled "Written In The Sand" or "Edenbeast" My Dying Bride-ian "The Beholder" excellent doom tracks? They do feel a little safe, especially the former, while the closer, "Nothingness", gives an impression of an unfinished affair. Lastly, Iced Earth and Megadeth both called and they both want their album title back, but that’s a little beside the point. All of these comprise the reason for the 0.5 point deduction.

Immaculately produced by Gustavo Sazes (Arch Enemy, Firewind) and mastered by Mika Jussila, fantastically executed, instrumented and vocalized, with excellent to fantastic songs, "Dystopia", reminds us why we loved, love and will continue to love Isole for what they’re doing to metal. Highly recommended and so far 2nd on my top ten this year.