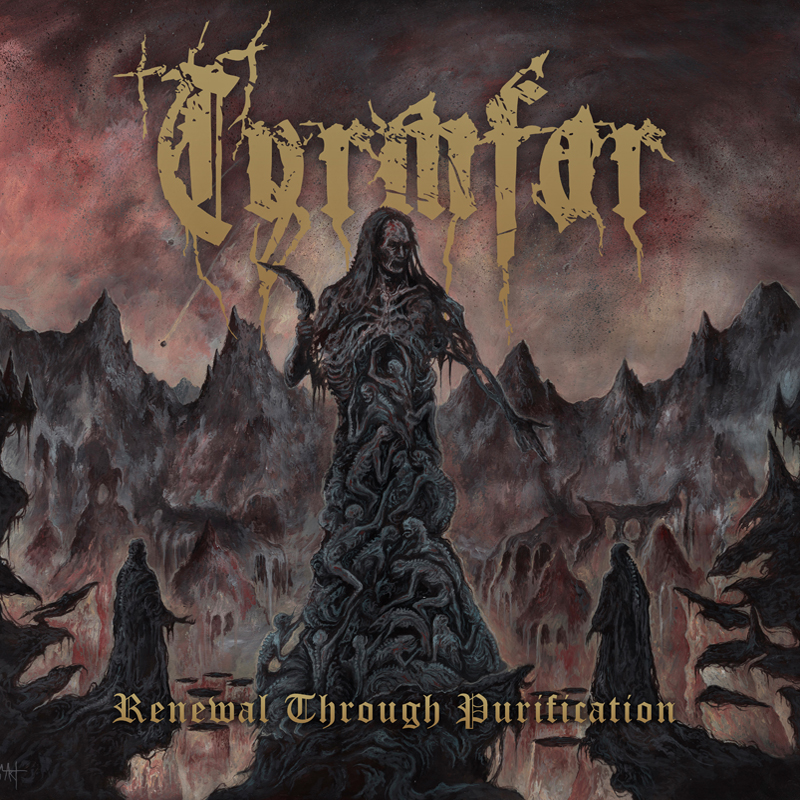 The second full length from the Swiss melodic black/death metallers fuses melodic black of Dimmu Borgir or Watain with melodic death of Evocation or Hypocrisy, with no clear demarcation line between the styles, recalling such genre amalgamates as Dissection or God Dethroned for a very good outcome.

Established in 2013, for their 2nd album, Tyrmfar takes pages from the likes of Dissection or God Dethroned: on the basis of blistering fast black metal structure reminiscent of Dimmu Borgir on "Enthrone Darkness Triumphant" or later of Watain on "Sworn To The Dark" the quitet of Robin (vocals), Kévin (rhythm guitar), Mickael (lead guitar), Julien (bass) and Quentin (drums), balances devastating death metal recalling Evocation’s "Apocalyptic" or Hypocrisy’s "The Final Chapter", and, like all the aforementioned acts, pouring copious amounts of catchy and memorable melody drawn from both genres. I also hear hints of Amon Amarth (Mountains Of Madness) and Callenish Circle (Dehumanization) as well as more metalcore-ish melodicism of Heaven Shall Burn (all over the disc) and Trivium (the instrumental "Freedom’s Call"), without actually stepping into hard core in any real sense (It’s more likely that these two latter bands have incorporated this melodeath melodicism in their sound and thus the connotations born in my mind) While this highly effective and engaging fusion produces very good results, there are a few standouts deserving particular mentioning.

The most memorable and creative of the 4 songs which caught my attention is the magnifiscent "The Almighty", where razor sharp riffing gives way to a brilliant chorus melody and multiple melodic transitions very reminiscent of latter Hypocrisy as well as Dissection, and if all of these 12 tracks were of such quality "Renewal…"would have been a perfect album and I would have given it a perfect score. Instead, Tyrmfar chose to create different songs with various results and another example of an excellent one is "Living Corpses", no less melodic but closer to the way God Dethroned does business. The album also has very excellent 1, 2 (or, more accurately, 2, 3 because of the intro) punch with "…of the Legions of Eternity", the first track proper, serving raw cybermetallic/near industrial strength death metal riffing akin to Fear Factory’s "Demanufacture", while simultaneously one of the most genuinely black metal tracks, with "Rise Of Chaos" transitioning skilfully into the realm of melodeath a’la Evocation. These are all the highlights of the album.

The rest of the album seems more formulaic (although it’s not Killswitch Engage II formulaic) with the songs following a very similar pattern as though cut from the same cloth, with the shortest and the least impressive "No Hope" the lowest point of the album. In this there dwells the reason why this very good disc could not score more than it did: the creativity appearing somewhat stunted after "The Almighty" and only somewhat regained later. Or could it be that "The Almighty" is just so fantastic everything else is overshadowed by it?

Tyrmfar has no reason for regret with "Renewal Through Purification", a very good, expertly executed and very melodic, devastating and excellently produced disc (feel the power of "…the Legions Of Eternity"!) , but I would like to see more progress and hear more risks taken on the 3rd album.