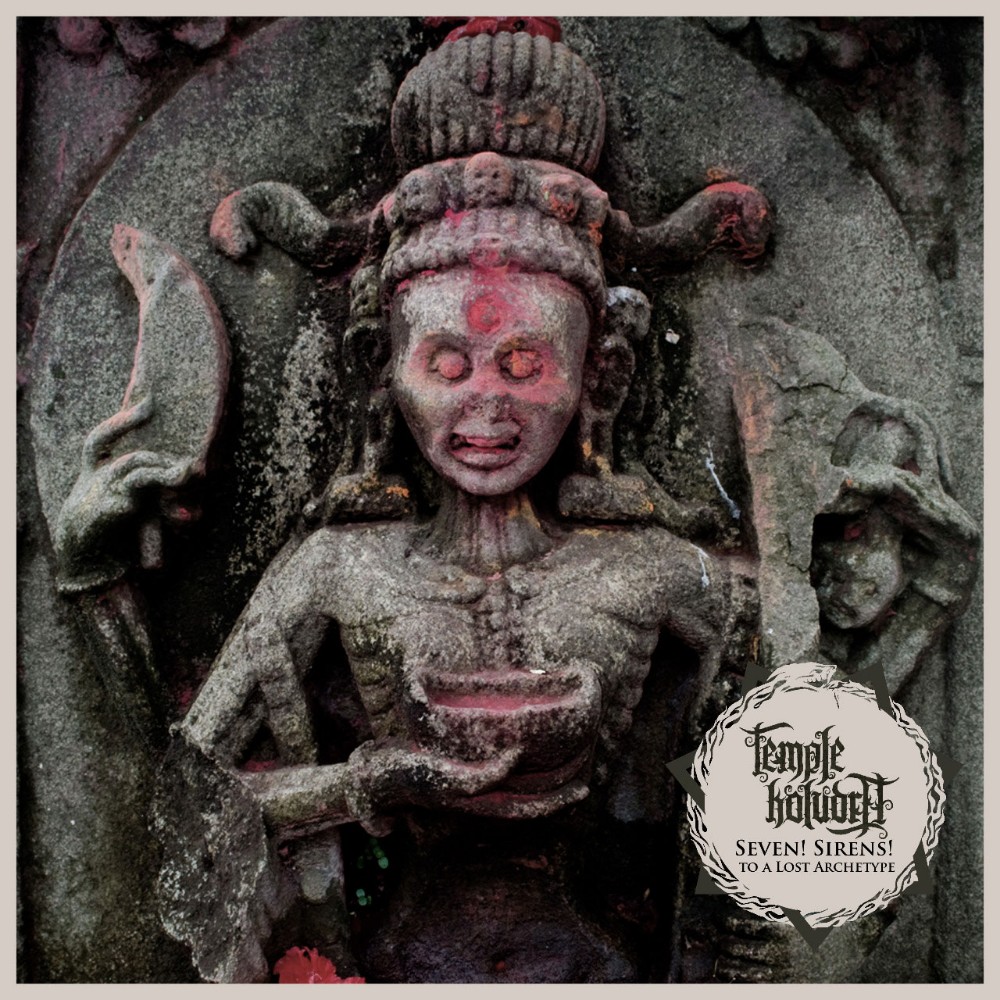 The German black metal/ambient project of a man mysteriously hidden under a M:W pseudonym is a revelation of epic proportions with a sound somewhere among Emperor, Nile, Ulcerate and Deathspell Omega with generous helpings of Behemoth.

Temple Koludra (TK) combines the chaotic beauty and epic melodies of Emperor (especially "Anthems To The Welkin At Dusk"), tribal "religious" "extra-metal" instrumentation and vocalization of Nile, Ulcerate’s dissonant order and Deathspell Omega’s stop-go/piano-forte crazy extremes (especially "Fas, Ite, Maledicti, In Ignem Aeternum") with catchy and epic riffing of Behemoth to give you one of the most unique and rewarding experiences a metal fan can get. There’s something for every genre metal fan here, because, although there are certainly moments where it gets very extreme and brutal, most of the time the music is surprisingly accessible for a black metal record. As in case of Emperor or Ulcerate every track is layered high into the stratosphere so that you can never be sure you have caught and heard all there was to hear even with a seasoned ears such as mine. Besides, the genius behind TK, whoever is M:W, arranged these compositions so that just when you get tired of one phase, another one comes in so that you don’t get bombarded with guitars after guitars but can appreciate an ambient melody, an acoustic ballad-like strumming in the middle of the onslaught or suddenly the music stops with a riff straight from latter Death’s album and resumes peacefully only to rise again to kill at a moment’s notice.

Time and space will not allow description of all the compositions, 5 of 7 being perfect, but "Namapura" and "Vertigo" are the top picks, both over 9 minutes long and neither a second too long. "Namapura" strongly recalls the now sadly defunct Spanish black metal Asgaroth in the drama and suspense it evokes and is where Temple Koludra actually beats even the mighty Emperor at their own game, while "Vertigo" just might be the best combination of extreme black with soaring melody on the album and, therefore, probably the album’s finest 9:10 minutes.

As the record is near perfect I bet you’re dying to know, with all the above praise and accolades, what could possibly be wrong with TK’s debut. It’s not that there’s anything wrong with it it’s just that 2 tracks seem not quite at the level of magnitude the rest inarguably are. "Vajra" is a near-instrumental which has excellent ideas recalling the ambient/synth atmospherics of Fear Factory on "A Therapy For Pain" or on Therion’s "Symphony Masses: Ho Drakon Ho Megas" (that latter influence palpable on other TK tracks as well) but it sounds as though it had not fully spread its wings before it abruptly ends. "This Diadem Will Last", on the other hand, is the slowest track with a gradual built up to a near-industrial guitar tonnage where the complexity and intricacy is hidden in the undertones, more atmospheric, moody, as if ritualistic, recalling Carach Angren at their doomiest. Again, both numbers are far from bad tracks but they seem to pale in comparison to others which slightly lowers the score.

Temple Koludra appears out of nowhere and steals Emperor’s or Nile’s spotlight with the action of just one multi-instrumental and compositional genius. The future should be very bright for him because not since Ulcerate’s "Everything Is Fire" have I heard something this promising, simultaneously chaotic and ordered, brutal and touching, abrasive and memorable. Very very very highly recommended.