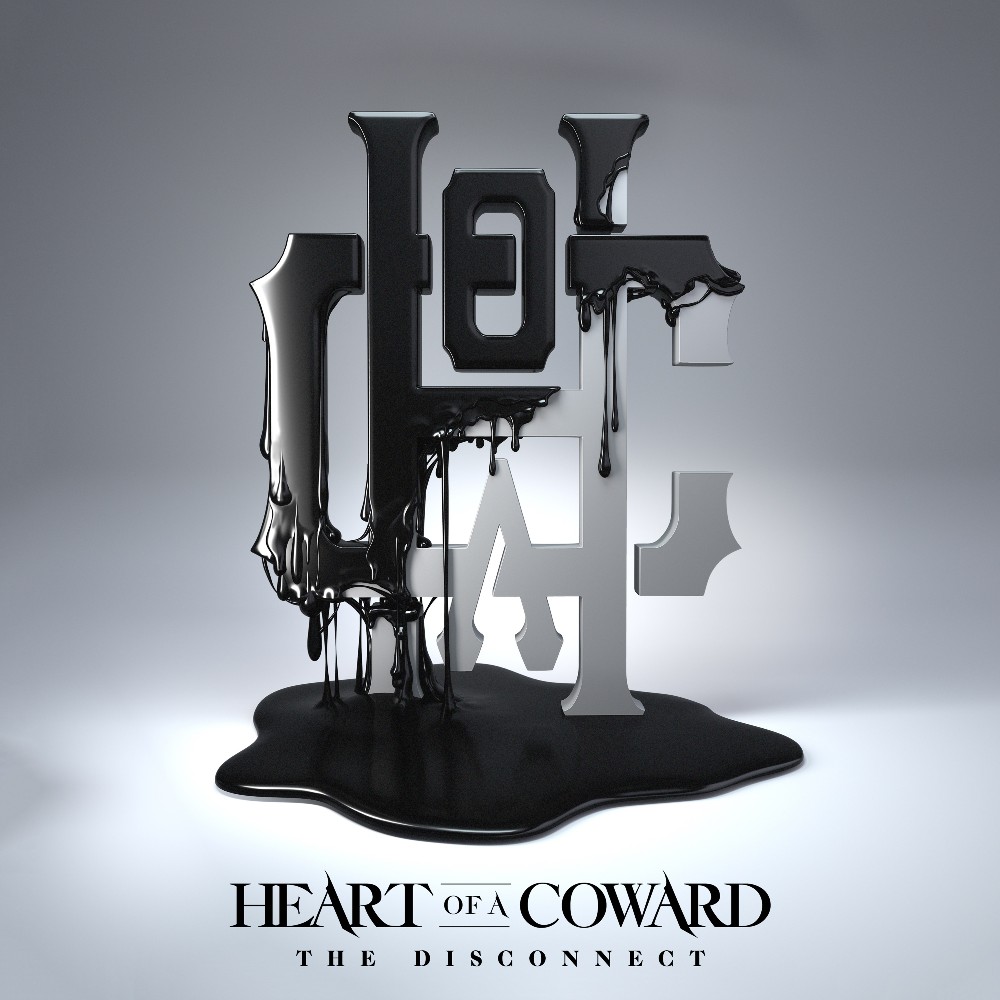 HEART OF A COWARD – The Disconnect

The British groove/deathcore/metalcore ensemble’s 4th installment is a familiar if enjoyable experience, with its Slipknot and mid era Soilwork riffing on top of supermelodic Linkin Park/latter In Flames nu metal choruses but the album is too formulaic to really stand out from the pack of similar wolves.

The quinted featuring Kaan Tasan (vocals), Carl Ayers (guitars), Steve Haycock (guitars), Vishal Khetia (bass) and Chris Mansbridge (drums) puts out a competent performance on all counts and, thanks to Justin Hill’s production and Will Putney’s mix, the guitars are really heavy, punchy if often typically deathcore-ish, while the extremely catchy choruses recalling As I Lay Dying, contemporary In Flames or Soilwork captivate the listener, especially effective on the favorites "Collapse" and "Culture Of Lies". The verse riffs, when they don’t sound nu metal-ish (Slipknot) with occassional Lamb Of God-ish departures (Culture…), recall Soilwork’s "Stabbing The Drama", Darkane’s "Layers Of Lies" and even Linkin Park’s "Hybrid Theory" to the extent that had Linkin Park gone heavier and more brutal after their debut they would have then come close to sounding like Heart Of A Coward. Predictibly, Kaan Tasan growls like Björn Ove Ingemar "Speed" Strid and Corey Todd Taylor (Slipknot) in verses while channelling as much Chester Bennington (Linkin Park) as aforementioned Strid, or even ex-Darkane’s Andreas Sydow, which brings us to the flaws of this album.

The style presented by the British has been introduced by Killswitch Engage, followed by Soilwork and In Flames and utilized by too many bands to even make a point of starting to count which contributes to the biggest flaw of "The Disconnect" – formulaic nature of the tracks. Excluding the unique acoustic ballad "Return To Dust" which is more of an introduction to "Suffocate" than a track in its own right, and the closest thing to a filler, "Parasite", every track follows the brutal verse/epic melodic chorus pattern down to a science. After the fourth track it is as if one heard the entire album.

Heart Of The Coward may not be the most innovative band in groove/metalcore/deathcore but their 4th album is an enjoyable release. They are competent songwriters and musicians but they are starting to go the Killswitch Engage with Howard Jones way in terms of creativity and freshness. Hopefully, they will take the hint and diversify their approach on the next album.