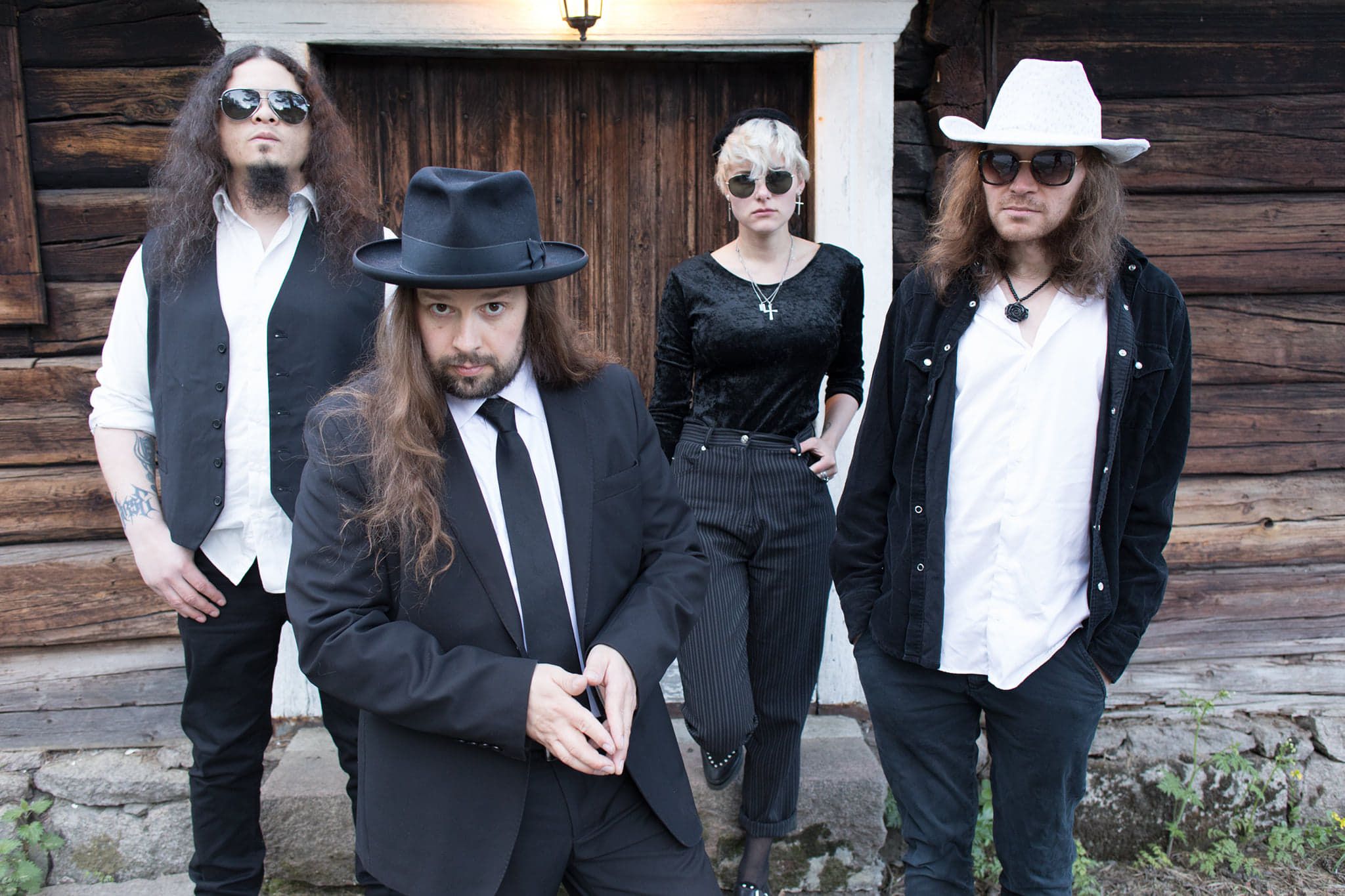 Started up in February 2019 as Ole Christian Teigen got offered to have a gig to support his solo project Ole Devil Music in connection with the release of the "EP Until Dawn" and the band continued to play afterwards. As things progressed and got interesting, there came the decision to make a recording. Now inspiration kicked in, more songs were written so it was no longer just Ole Devil Music material, but something that grew out of that into Ole Devil & The Spirit Chasers.

Now the album is finished and will be released on 2nd of August, the same day as the band performs at Notodden blues festival. The first single comes out today, 28th of June, with the music video made by Katz Plunkett. Next up is a show at Rockin Oslo on June 29th and then Naustet in Åsgårdstrand the Saturady in July.

Watch the video of the new single, Bugonia, here

These fellows are not new in the game, they have a long history with various black metal, doom, electronic and noise rock bands like Dødheimsgard, Den Saakaldte, HerEthic, Spraint, Superlynx , Midnattsvrede, Fortid, 3rd Attempt and they also played together in a band called Loveplanet back in 2011

The band’s vision is to get deeper into their own roots with Norwegian folk traditions as well as the americana that have made a such definite mark on the modern music scene. Although the expression may be a bit tainted by their gloomy nature, they keep it authentic and real and make music about the stuff that is felt by the heart. Love, death, pain, fear, beauty and a heavy dose of good ole Rock´n Roll

As a band with a background in the black metal scene from the nineties, the Devil and the forces of darkness, it is natural to bring into the mix of the folk tradition here. Like with the blues in America, so was fiddle music in Norway deemed devil music back in the day. There are many tales and stories from all over the world that go in the vain of the crossroads myth. The supernatural and folklore stuff are inspiring imagery and somehow makes a connection to both the blues and the nordic. «When I was young I was lucky enough to hear the old folks talk about their beliefs about the supernatural, and it got me into studying some of the old grimoires that we have so many of in Norway. There are similarities here with folk magic from elsewhere like the african american Hoodoo and Santeria. I guess people for the most part are the same when it comes to the heart, and these nightly forbidden activities are in some way woven into our musical story.»