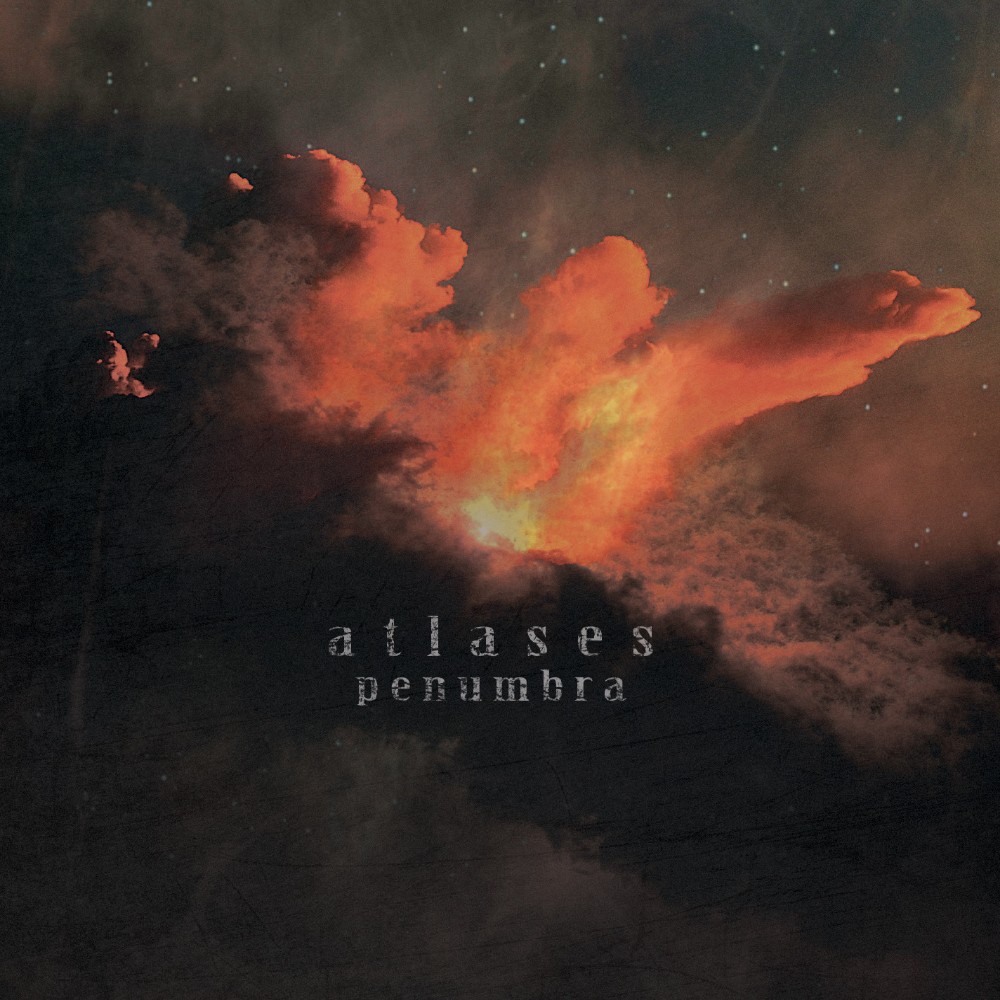 We know that bands release carefully crafted demos to attract labels, but how many release extended play records (EPs) which perfectly show their versatility and fullness of their potential AFTER securing a label? Such is the case with the Finnish post-metal group, Atlases, formed in 2017. The almost immediately released 5 song EP "Penumbra", their only release, presents them from five different directions: melodeath, alternative, progressive, doom, and groove branching out from what is still post-metal at the core. While the songwriting is hardly impeccable, it’s questionable that perfection is the goal. Rather they seek to establish a point of reference, goalposts, if you will, with respect to future recordings, in which purpose they fully succeed.

Atlases are figuratively people who claim moral compulsion to carry the weight of the world on their shoulders, convinced they thus must save the world, people who inadvertently become burned out and/or insane. Penumbra is defined as space of partial illumination (as in an eclipse) between the perfect shadow on all sides and the full light. The EP reflects both concepts, as the general lyrical theme is one which can best be summarized in the final words of the closer, "Medusa", "chrysalis of a stillborn halo". The concept begins with the opening "An Era We’ll Bury", the leading guitar melody akin to Insomnium or Omnium Gatherum intros yet properly post-metalized. The following, "A Passage Through Nebula" is based around one of the sexiest bass lines (courtesy of Jerkka Perälä) since Tool’s "Stinkfist", again, suffused within post-metallic treatment, with "Hamartia" a more reflective, atmospheric progressive track, barely of post-metal constitution the longest on the album. Hamartia is a tragic flaw which leads to the downfall of the hero, so the track is rightfully smack in the midle of the EP, serving musically and lyrically as a turning point before a lot more complex and more versatile material.

"Shards Of Broken Light" is where things get seriously doomy and depressive, a combination of Agalloch-ian atmospherics and early Daylight Dies melodicism, evolving into most un-post-metal groovy track which is as much Tool, Ulcerate and Swallow The Sun as it is Panteric in the ending riffery, yet giving off an impression of an unfinished business.

"Penumbra" could be compared to the likes of Mastodon’s "Call Of Mastodon" – unpolished, but somehow greatly produced with the excellent, insane section (courtesy of Rami Peltola) yet with varied, now growling, now clean vocals courtesy of Jani Lamminpää. The guitar duo, Nico Brander and V-V Laaksonen seem to easily come up with catchy melodies to turn post-metal and the versatile, flexible Peltola impresses particularly on the closing "Medusa". Because of the purpose of the EP – to sow seeds for the full length, songs are really good but not great, which is the only flaw of this disc.

Atlases "Penumbra" is a very good disc which serves its purpose – to introduce a very skilled and talented ensemble which is not content to stay within the genre while remaining decidedly post-metal at the core, laying foundations for the first full length on the new label, Rain Without End Records, which, according to the bandcamp page, they are currently working on to be released later this year.