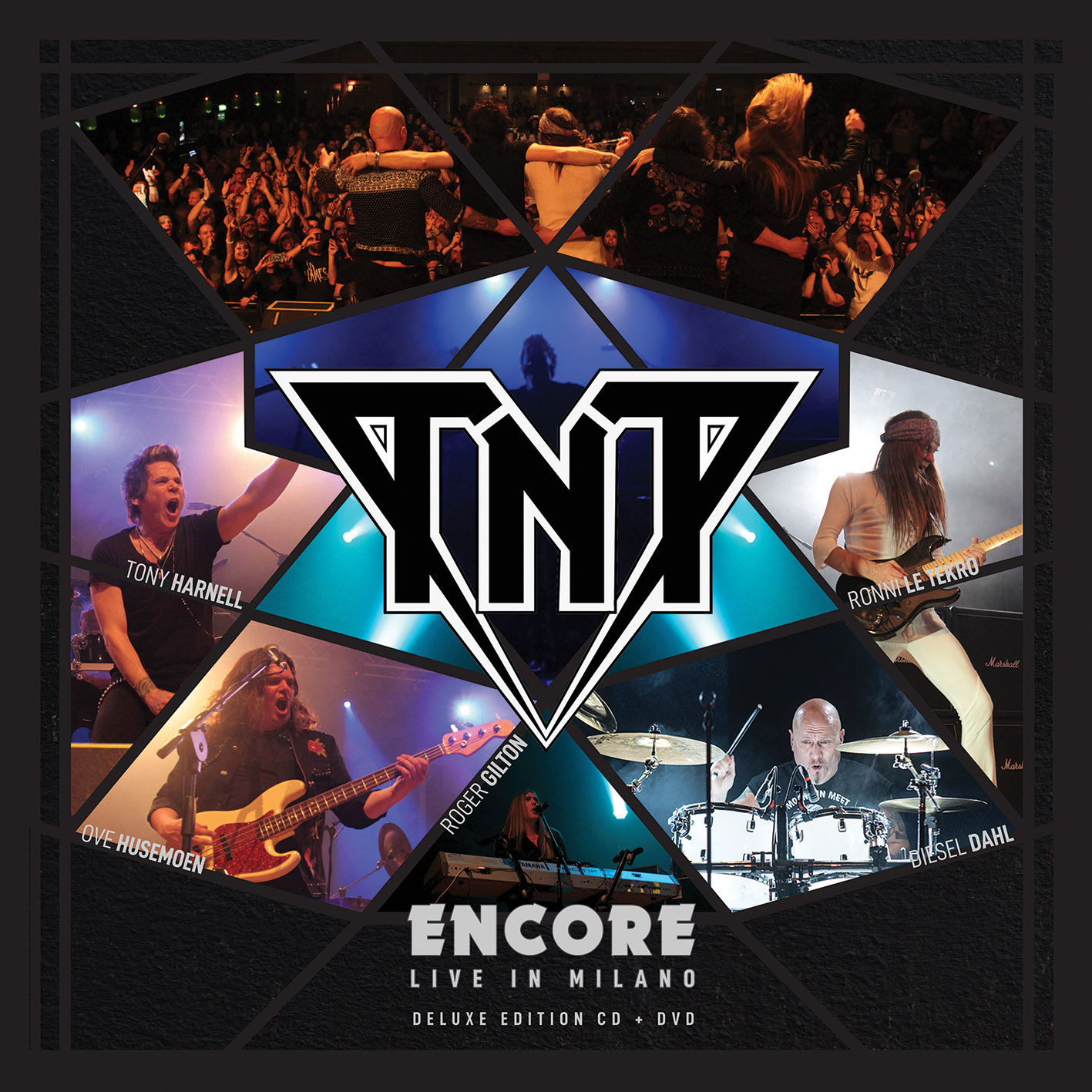 "Encore" by the renowned Norwegian hard rockers TNT is quite special in that it captures one of the very last performances with the insanely talented Tony Harnell fronting the band. Shot and recorded at the Frontiers Rock Festival back in 2017, I guess the reason this cool live offering has not seen the light of day until now is due to the release of "XIII" last year; someone must have decided or thought that it would be better to wait so as not to steal the spotlight or take away the focus from the aforementioned studio output. Either way, the important thing is that this strong and confident opus is now available so that those of us who did not attend the festival back then can revel in the Harnell-fronted version of the ensemble.

What immediately becomes clear upon listening to this 15-track effort is that TNT are having a good time on stage and giving it their all. Everyone is right on the money and there is no faulting the musicianship. Tony’s charismatic vocals add color and depth to the compositions and Ronni Le Tekro’s sounds as inspired as ever while the solid rhythm section provides the power and bombast. The set list contains some of their most well-known and loved songs, but it is fairly uninspired in the sense that quite a few albums and eras are not at all included or represented. It feels a little too safe and predictable in a sense. Having said that, the renditions of "Give Me a Sign", "She Needs Me" and the haunting "Desperate Night" are fucking wicked and can easily make you forget that the set list leaves something to be desired. The galloping I"nvisible Noise" also deserves praise as does "Northern Lights". The latter really shows how good a match Tony was for TNT. Ronnie’s 7-minute solo piece halfway through the concert and "Tonight I’m Falling" are arguably the least interesting parts of the record as they lack depth and staying power (and guitar solos are rarely if ever interesting in a live context).

The sound is decent and balanced although the keyboards certainly could have been louder in places as they come across as slightly subdued and buried in the mix. It captures both the energy of the band and the appreciation of the audience, but the accompanying DVD/Blu Ray disc was not included for some ridiculous reason, so keep in mind that this review merely covers the audio/CD and that yours truly has absolutely no idea how the performance was filmed or what it looks like.

"Encore – Live in Milan" is an enjoyable and exciting release that marks a very cool moment in time, and this one is without doubt one of the better live albums under the Frontiers moniker.