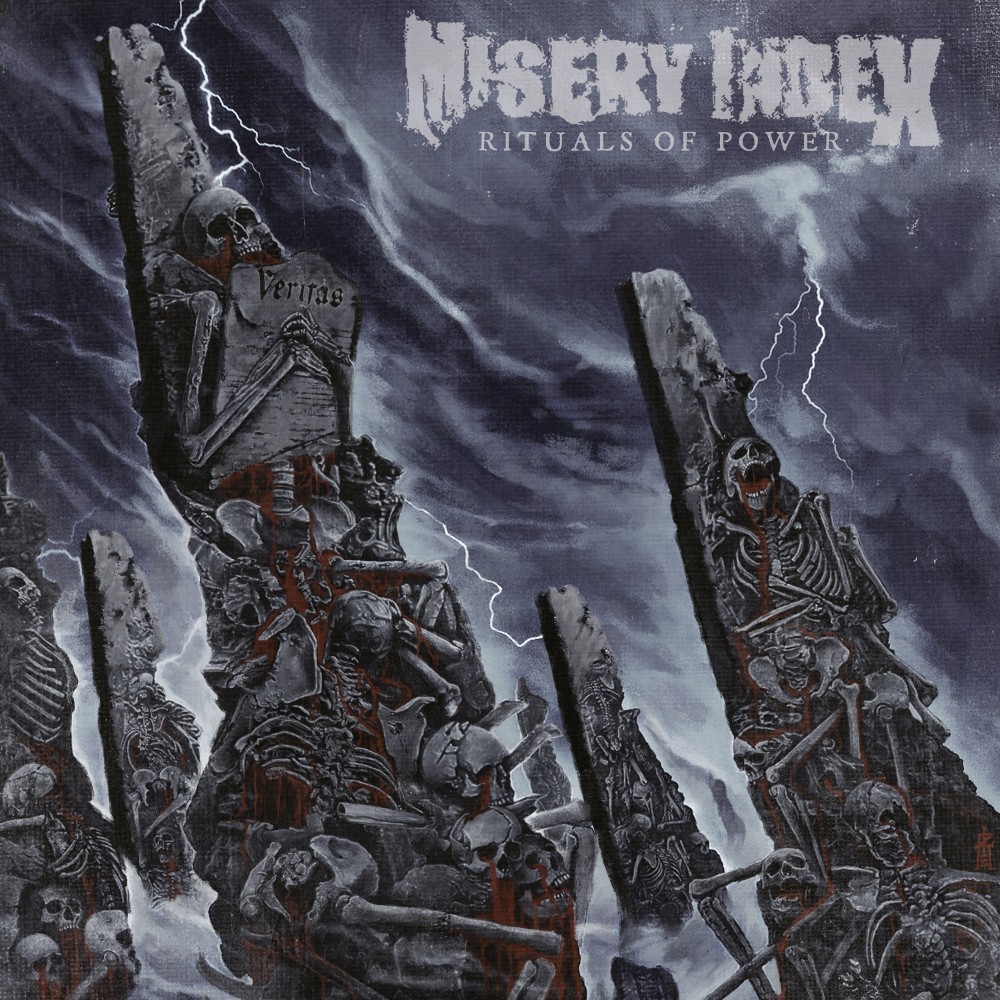 Misery Index is an economic indicator created by Chicago economist Arthur Melvin Okun in the 1970s and is the unemployment rate added to the inflation rate. As both rise so does the misery index while economic performance declines. As for the death metal/grindcore ensemble Misery Index, it formed when vocalist/bassist Jason Netherton made one of the best decisions of his life and left Dying Fetus after "Destroy The Opposition" album, the impressive "Retaliate" debut marking the beginning of one of the best death/grindcore outfits on today’s market.

In my book, Misery Index was always one of those bands that seemingly could do no wrong in the past. From the pummeling, fast, consistently uncompromisingly brutal but one-dimensional "Retaliate" through deathcore-ic "Discordia" and more melodic and technical "Traitors", grinding and ferocious "Heirs To Thievery", to finally achieving the mastery on "The Killing Gods", Misery Index always pressed on for the higher calling of powerfully groovy death/grind while consistently improving their songcraft with "The Killing Gods" their best album to date. Where does it leave "Rituals Of Power"?

On one hand, "Rituals Of Power" is good old quality Misery Index, sort of the missing link between "Discordia" and "Traitors" with elements of subsequent albums which Jason Netherton, Mark Kloeppel (guitars, vocals), Darin Morris (guitars) and Adam Jarvis (drums) flawlessly execute with positively the best production of their career. The favorite title track is an example of masterful songwriting honed in on the immediate predecessor with suprisingly fitting mournful October Tide-ian/In Mourning melody in the middle for the catchiest moment, but "Decline And Fall" strongly reminiscent of "Conquistadores", or the technical "The Choir Invisible" with songwriting recalling Cattle Decapitation are all right next to it in quality. Misery Index is still catchy, melodic and brutal with just the right amount of technical wizzardry. Of note, too, is the obvious Revocation influence, even more so in Netherton/Kloeppel dual vocals, as they become more and more legible the way Obituary’s John Tardy improved on "World Demise" or Revocation’s David Davidson on their eponymous album.

On the other hand, "Rituals Of Power" is simpler and more straightforward album then "Gods" or "Thievery" with some of the tracks sounding like they could be more than what they ended up being. "New Salem", for instance, has that "Traitors" (the song) groove but without any intricate details around it characteristic of the immediate predecessor or the title track, while the closer "Naysayer" sounds like something straight out of early Napalm Death’s albums. As for the rest of the songs, such as the single "I Disovaw", they do maintain the quality but still, something appears to be missing, another riff, melody or transition could have taken it to the next level.

On their new album, the death/grind masters show that they are still a force to be reckoned a few noteworthy improvements, however, some of the songwriting shows signs that the well maybe running dry, not that you can get really creative with this genre to begin with. In their wonderful discography, "Rituals" is behind both "The Killing Gods" and "Heirs To Thievery" the two enduring beacons of their craft, but equal to "Traitors" while superior to everything before it so, in this account, it is a bit disappointing.

If their history is any indication, Misery Index tend to alternate between a straightforward approach (Dyscordia, Heirs To Thievery, Rituals Of Power) and more intricate complex and technical (Traitors, The Killing Gods), and if so, the next album should hopefully rival "The Killing Gods".