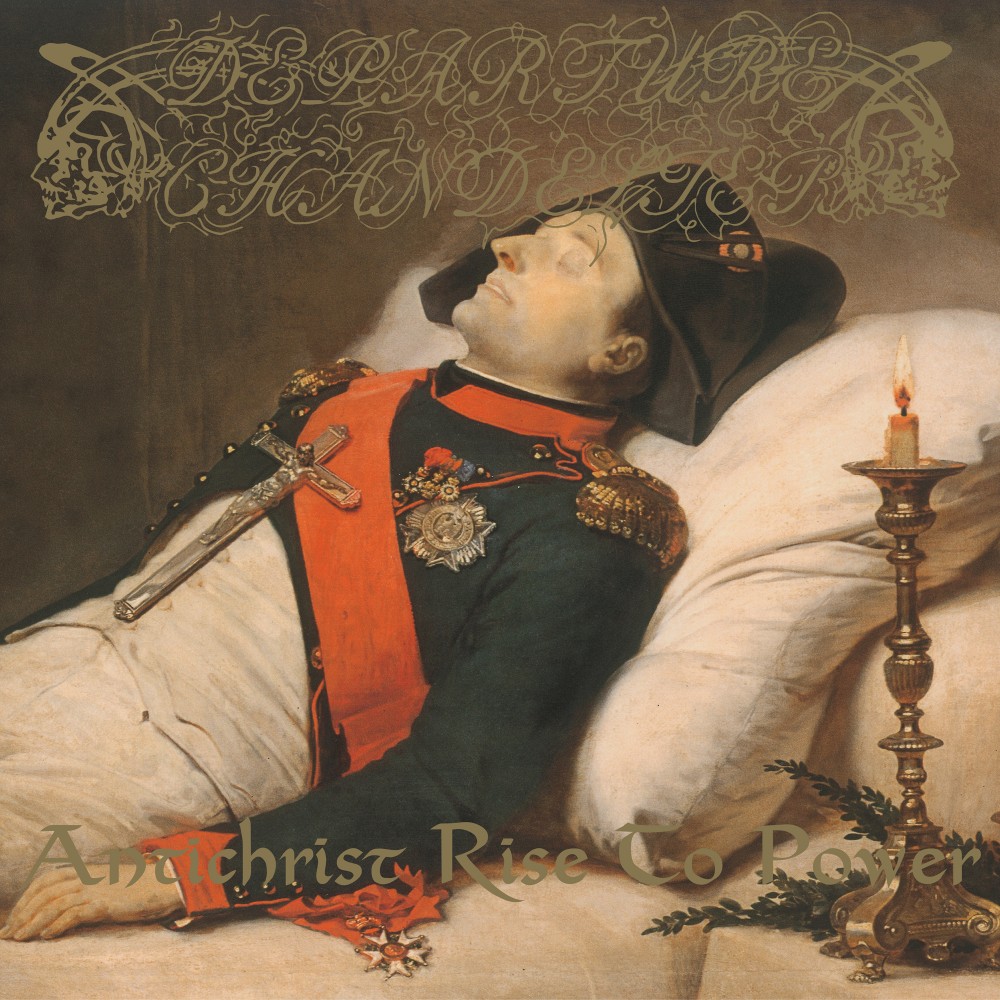 Whatever the sentiment this Canadian black metal ensemble has for Napoleon Bonaparte they have the title right: the man was an antichrist just as much as Adolf Hitler, Benito Mussolini or Joseph Stalin. I will never understand the reverence and awe people adorn that tyrant serial murderer with while giving the cold shoulder to the Nazi German, Italian or Soviet equivalents. As for Departure Chandelier, credit to them for the subject matter, because that is just about the only interesting thing about their debut.

Having established their core sound somewhere between Emperor’s "In The Nightside Eclipse" and Dimmu Borgir’s "Störmblast" with none of the creativity, complexity or nuances of the former or the latter, Departure Chandelier, featuring three mysterious musicians known only by their obscure nicknames: Fanalis, Crucifixus, Vinculum, with not so much as job descriptions revealed for any of them, opens up with a dull repetitive synth intro, plows through with six very simple semi-melodic compositions comprised of up to 3 riffs per song, "Forever Faithful To The Emperor" probably the most adventurous of the bunch, and then closes out the proceedings with even more obscure church organ outro/ instrumental leaving almost nothing of a trace in the listener’s mind.

Sure, there are good moments, such as the Nine Inch Nails/Hypocrisy synth in "Catacombs Beneath The Castle Of The Marquis" or My Dying Bride-ian melodicism of the band name track, but, with the possible exception of "Re-Establish The Black Rule Of France", which has some potential, the songwriting and variety is as compelling as Donald Trump’s oratory skills, legal or political science or strategic military knowledge, with tracks like two drops of water in a mountain stream polluted by some faceless oil company.

Departure Chandelier picked a very engaging lyrical concept but the music does not even come close to doing it justice. This outfit has a lot of hard work and trial and error sessions before they reach a level that elicits more than a passing listen from those whom they seek to enchant with their craft.