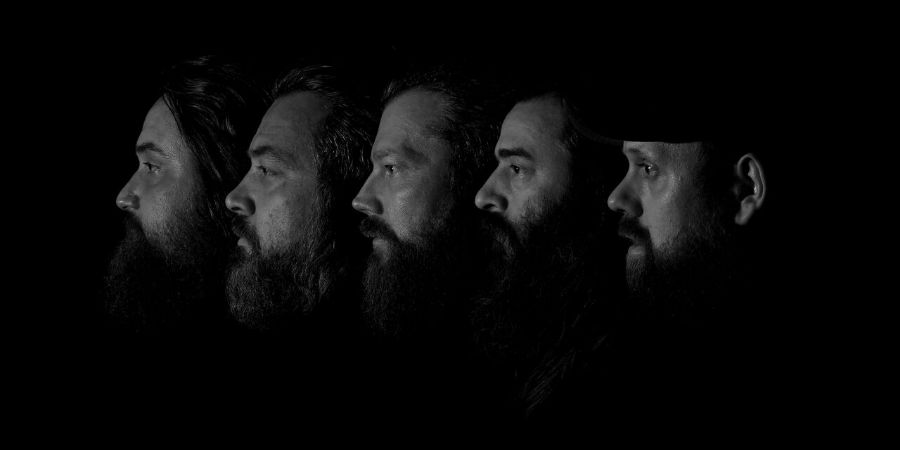 THE DEVIL AND THE ALMIGHTY BLUES share new album details

Oslo bluesy quintet THE DEVIL AND THE ALMIGHTY BLUES unveil details for their third album ‘TRE’, coming March 29th on Blues For The Red Sun. The band also announced a European tour, including Desertfest appearances and dates with Stoned Jesus and Earthless.

Heavily inspired by Delta blues, and standing at the crossroads of both American and British blues-based rock, The Devil and the Almighty Blues hail about as far from that unmarked place where Robert Robert Johnson sold his soul to the devil as one can be: Oslo, Norway. By infusing all the world’s other sub-genres of rock, from punk to garage rock, and from heavy psych to southern sludge, The Devil and the Almighty Blues sounds heavy without becoming too metal, slow without being doom, slow and raw, fucked up and bluesy without being predictable, or losing the blues’ muddy origins. – Walter Hoeijmakers, Roadburn.

With their third full-length ‘TRE’, the Norwegian five-piece conjure up some of their finest bluesy licks and heavy grooves while keeping their trademark mid-tempo songcraft — the very one sound that has held all crowds spellbound and made the band stand out from the underground heavy rock scene. Each one of the songs on ‘TRE’ is as soulful as it is filled with electricity: from stomp-inducing anthems (‘No Man’s Land’), bewitching female vocals (‘One For Sorrow’) to tenebrous and emotional ballads (‘Heart Of The Mountain’), it arouses such a wide range of emotions that it instantly gets the listener all speechless and fulfilled at once.
THE DEVIL AND THE ALMIGHTY BLUES – ‘TRE’

When the 60’s turned into the 70’s there was a musical crossroads. The American blues had had it’s run with teens on both sides of the Atlantic long enough so that the blues-offspring named rock’n’roll had to expand or die. It did not die, it expanded in all kinds of directions! And right there in the crossroads, between blues-based rock and all the world’s other sub-genres of rock, something happened to the blues. The format got experimented with, expanded and almost made unrecognizable. But at the same time the roots to the original blues was never lost. Where Peter Green left Fleetwood Mac in 1970 with the track ‘Green Manalishi’, where Johnny Winter stretched his musical legs, where ZZ Top bought Marshall full stacks and shot from the hip, and last but not least where the legend himself, Muddy Waters, stretched the limits of what was ’legal’ with the album ‘Electric Mud’. And not to forget Hendrix, Free, Canned Heat and the rest of the gang from the Woodstock era. The result was a highly electric musical revolution, where e.g. the newly born genre hard rock walked hand in hand with traditional delta blues. It is out from this musical mud that The Devil and the Almighty Blues have found their inspiration. Their music is slow, heavy, melodic and raw, all without losing the almighty blues out of sight.

UNCLE ACID AND THE DEADBEATS gjør eksklusiv konsert i Oslo