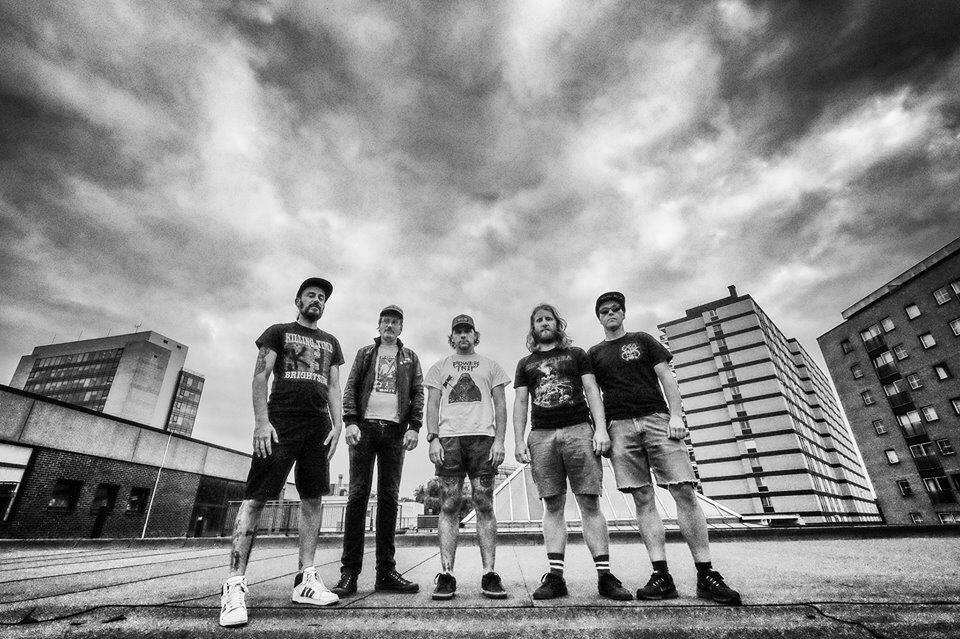 Available Formats
CD
Digital
LP
The Statement
"We had an awesome tour called ‘Call of the Dog’ this Summer.
Town & Country legend Steve Nazar designed a special shirt for this one.
We played shows in France, Italy, Austria, Czech Republic, Belgium, Holland and Germany and had a real blast.
We got the chance to share the stage with Agnostic Front, Municipal Waste, Sick of it All and Hatebreed and
headlined a few smaller shows. We hope to be back on the road soon."

Holy Moly – this is a neckbreaker. Known from several quality releases (split with Iron Reagan) the belgium powerhouse Toxic Shock pushed their boundaries once again. No compromises! And so they went to bed with the godfather of metal producing Flemming Rasmussen (Metallica & Co.) to get things right for  Twentylastcentury. They combine all good things of end of the 80s with good old hardcore like Suicial Tendencies did on their first two records. So you have Flanger Intros, loco-whispering, furious moshparts, fast circle pit parts. The LA-Mentality of late 80s Venice Beach. So if you dig razorsharp Guitars and cool groovy mosher like Leeway did you will did this 100% – Gangshouts, aggressive basslines, crazy leads and a fitting singer makes this a must have for all crossover maniacs out there. Listen to Toxic Shock and you will not bail the mctwist anymore – Promised!

Bio: Toxic Shock is a thrash, hardcore punk band from Antwerp (Belgium). Influenced by the eighties Venice bands, Slayer, old Metallica, Anthrax and NYHC. The band started rehearsing in 2010. After a long search for a suitable singer they found a perfect match in Wally. The first Toxic Shock release was a demotape which saw the light of day in 2011. An EP followed a year later. In 2013 Reflections Records put out the "Daily Demons" album. Since then the band did a split 7" with Iron Reagan (Reflections Records), a Record Store Day 7" (FatKat Records and Toxic Waste Records) and a 7" with Team Panini (Lost Youth Records)

The fivesome played their first show in 2011 with Black Breath. After that first one, more shows followed in Belgium, England, Germany, France and Holland. They supported bands like Testament, Iron Reagan, Black Breath, Suicidal Tendencies, Slapshot, D.R.I., Negative Approach, Poison Idea, Agnostic Front, Power Trip, Phil Anselmo & the Illegals… And hit the road with Ceremony and Eagulls (England), Cro-Mags (Germany) and Reproach (France). After seeing the band at Desertfest, they’ve been invited to play SonicBlast in Portugal this summer.