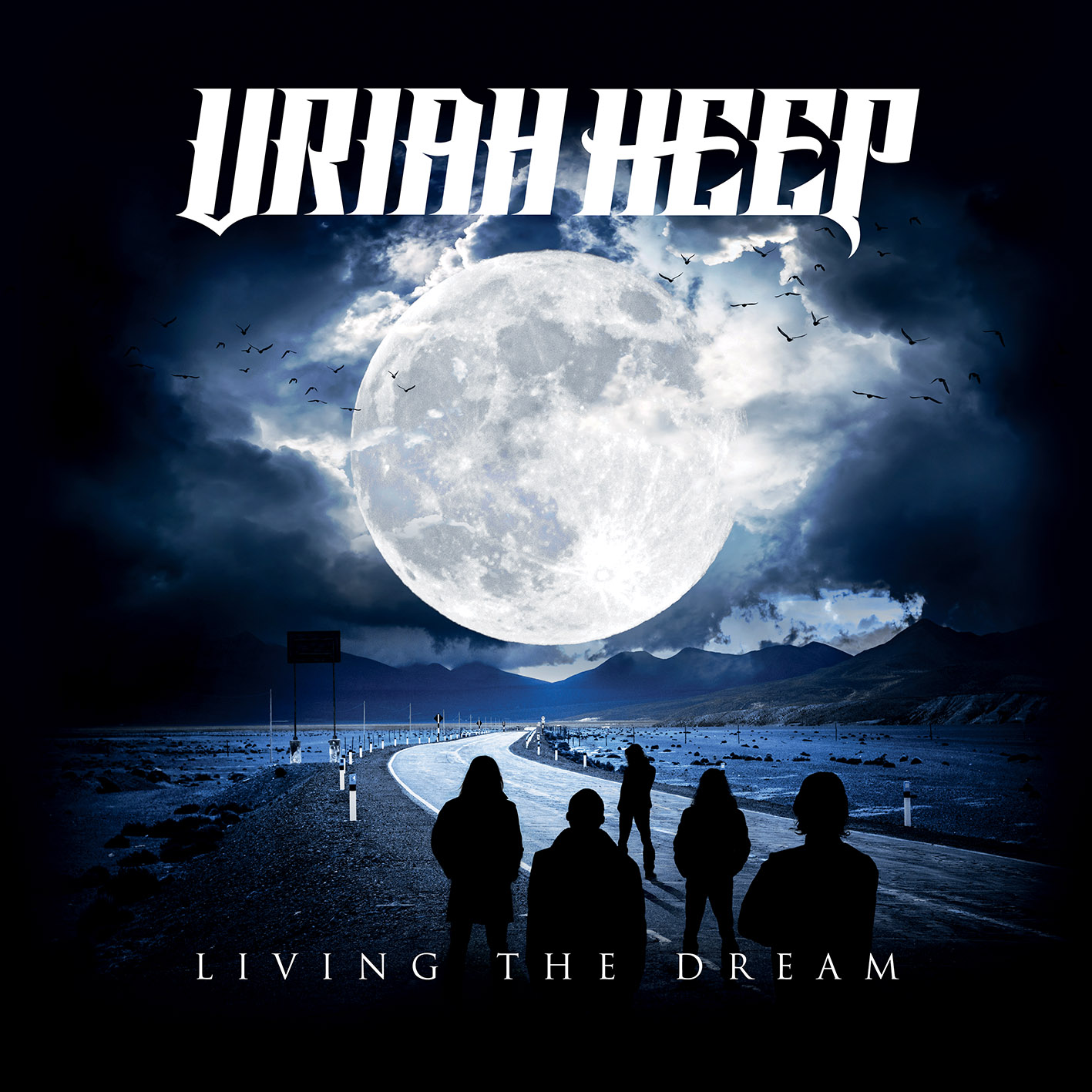 Let me start out by saying that this awesome new Uriah Heep record ought to have been reviewed weeks ago as it is undoubtedly one of the more important hard rock releases of 2018, but yours truly is a fat and lazy bastard and life has a tendency to get in the way sometimes. Still, better late than never, right? The important thing is that this stellar 10-track album is a great slab of progressive hard rock that embodies all the trademarks and characteristics of the mighty Heep while simultaneously looking to the future and developing the band`s sound even further. Bolstered by a huge and dynamic production, "Living the Dream" is a vital and hard-hitting one that is as diverse as it is compelling. From aggressive and thunderous parts to gentle and moving ones, this spirited album has it all.

As the fiery album opener "Grazed by Heaven" proudly shows, Uriah Heep have lost none of their drive, determination, or energy over the years and are still firing on all cylinders. The epic title track is soaked in atmosphere and its main riff is to die for. Just marvelous stuff! Other highlights include the instantly memorable "Take Away My Soul", the gritty and confident "Knocking at My Door", and the uplifting yet unpredictable "Rocks in the Road". The Deep Purple-esque "Goodbye to Innocence" is also a lot of fun. Not every tune is a killer, though; "Waters Flowin’" carries neither weight nor substance and is a bit tedious, but that is it, really. That is the only letdown on an otherwise flawless disc.

The unit is as tight, structured and disciplined as ever, but there is a brilliantly loose vibe to this organic output of theirs that is impossible not to love and embrace wholeheartedly. The guitar solos have rarely sounded better and the interplay between Russell Gilbrook’s muscular drumming and Dave Rimmer’s bass wizardry sounds utterly inspired. The vocals courtesy of Bernie Shaw carry passion and heartfelt emotion, so all is well in that department.

These British legends have been around for ages and yet they show no signs of slowing down. The quality of their last few albums speaks for itself, but the fact of the matter is that "Living the Dream" might just be the best Heep album in decades, which is saying something. Make sure you do not miss out on this superb record and do not forget to keep an eye out for any upcoming live dates of theirs.

REVOCATION – The Outer Ones