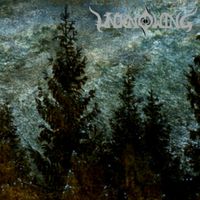 UNKNOWING – Beyond The Eyes Of Deceit

Lyrically, Unknowing tackles the mankind’s longing to overcome impermanence of this death in small installments called life, "Death and Life nothing but eternal wounds of time" (Through Sorrowful Skies), quoting Virgil’s "Eclogue I" on the contradiction of imposing, vast and impressive nature that dissolves before our very eyes (Of Winter And Melancholy ), as we struggle in our vain quest to answer the meaning of our existence "so drained, waiting for catharsis, detached from this existence while the suffering persists (Evenfall ) Is there freedom and solace in self-worship to conquer the world of violence, hate and sin where we are daily "mangled inside by all our fears that condemn us to feel the burden of misery ensnaring, eroding, raping us, dying dignity bleeding so heavily, happiness, a mirage in this desert called life" (Everyday Suicide)? After all, God was certainly not "another rhyme for fraud" to Apostle Paul who, too, died daily (1 Corinthians 15:31) hardpressed between life and death (Philippians 1:23), or to the suicidally inclined Moses, Job and Elijah, who felt the same burden, the creation itself yearning to be be set free from its bondage to corruption (Romans 8:21). As Death in "Seventh Seal" Alessandro and Michele are Unknowing, and, like Fiodor Dostojewski in "Anna Karenina", leaving behind just a trail of unanswered questions.

Musically, as hinted above, Unknowing attempts to marry the power melodeath with the New Wave Of American Heavy Metal among the three instrumentals (The Bleeding Wound Upon The Face Of God, Oaken Dust and Lightless Winds), gorgeous minimalistic miniature testimonies to their incredible instrumental powers. The strongest tracks on the record (Evenfall, Everyday Suicide, A Planetary Excursus – Jupiter) sharply stand out from the pack with heavier emphasis on variety, better melodies and heavier, more thrashy constitution. "Evenfall", the song that attracted me to this album, and "Everyday Suicide" are the most coherent songs built around Trivium "Ascendancy" and slightly Suffocation-esque riffs along with "Skydancer" Dark Tranquillity melodies and solos, while "A Planetary Excursus – Jupiter" is over eight minute attempt at progressive metal built from the likes of Mors Principium Est, Children Of Bodom (keyboards) Revocation and latter Dark Tranquillity for somewhat unusual composition with a technically advanced chorus melody. If the band were to pursue the direction of this song on subsequent releases it would open them up to more musically compelling territories as the rest of the material is consistently good while not mindblowing.

While the overall instrumental knowledge skills and abilities of Alessandro on keyboards drums and rhythm guitar are unquestionable, his bass is only really significant on a few tracks (Of Winter and Melancholy, Oaken Dust and Evenfall) and mostly when the machine slows down enough to hear it. Also his monotone hardcore screams a’la Ville Viljanen (Mors Principium Est) can get tiring even if they do fit the music. On the other hand, Michele’s leads beautifully and consistently compliment Alessandro’s often Iron Maiden-esque melodies with a few if short impressive solos (except for the longer “…Melacholy”), most notably on the aforementioned outstanding tracks. Too bad that most of this material is structurally good but not mindblowing, with lots of transitions and multiple melodies per track that overall sound too safe and too familiar, especially with the derivative monotone vocals. This, being the debut, the derivative nature of certain riffs, such "Of Winter and Melancholy" too close for comfort of Trivium’s "A Gunshot To The Head Of Trepidation" is to be expected which is why I find this amusing rather than alarming, especially remembering how many well established acts such as Darkest Hour used the very same riff.

Unknowing is a promising new band in a genre unfortunately so oversaturated with like material that their talents may easily go unnoticed, but to prevent that from happening, and especially as an independent outfit, Alessandro and Michele just have to focus more on songwriting on future releases as this album is obviously intended to display more of their instrumental rather than compositional abilities and as such, it more than serves its intended purpose.

MATT RICHARDS & MARK LANGTHORNE – Somebody to Love: The Life, Death and Legacy of Freddie Mercury