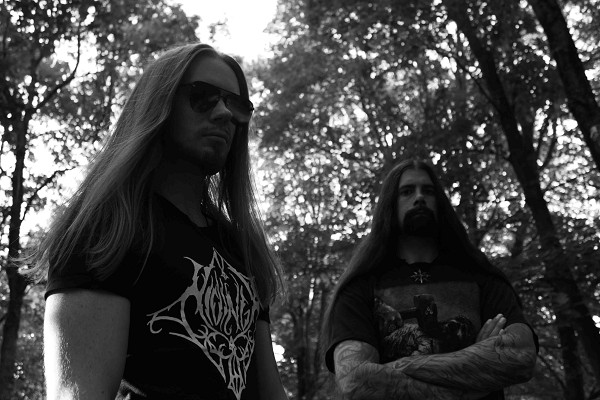 With the 30th July set for the release on Dusktone of their third full-length album "Seid", Norwegian Black Metallers KVALVAAG have released a promo video for the track "Bergtatt" from the album.

As the band’s founder Kvalvaag explains, the choice of "Bergtatt" was deliberate in that "the track has a natural progression from our previous release, with a stronger focus on groove and atmosphere, rather than tempo. It serves as a nice indication of how KVALVAAG sounds in 2018 – trolls, forests and atmosphere all the way. Sit back and let it drag you through the darkest pits of old Norwegian folklore and history".

The video for "Bergtatt", by Necrolust Productions can be seen below

KVALVAAG was formed in Oslo in 2012 as a project in which Øyvind "Kvalvaag" Kvalvågnes (ASTAROTH, VALGALDR, ATTENTAT), could immerse himself completely, each step of the way, from writing, to recording to performing. Joined on drums by Telol (ASTAROTH, TROLL, SARPEDON), KVALVAAG proceeded to release two full-length albums before beginning work on "Seid" The album was written and partially recorded between the summer of 2016 and spring of 2017 at the KVALVAAG Studios by Kvalvaag himself on guitars, synth, bass and vocals. Drums were recorded at Studio Hemstad, and vocals at the Kvalsonic Lab. "Seid" was mixed and mastered by Tom Kvålsvoll at the Kvalsonic Lab in Oslo.

With additional vocals by Rammr (RAGNAROK, ELVARHØI), and with artwork by Khaos Diktator Design, tracklisting for "Seid" is as follows:

More aggressive but at the same time more diverse and unpredictable than its predecessors, "Seid" marks a considerable step in the development of the band, as Kvalvaag explains:

"When I started working on the new material, I wanted to surpass our previous work. More time, effort and better equipment went into the process as compared to our earlier works. The atmosphere is more or less the same, but there is a lot more going on at all times.

"We also received financial support from "Norsk fond for utøvende kunstnere", which gave us the ability to give the album the production it deserved. It was inspiring to work with Tom Kvålsvoll as he is the man behind the sound of many of the albums we grew up with. He understood our vision and significantly raised the quality of the album.

"I am really satisfied with both the end result and with our musical progression, and I feel we have successfully raised the bar this time".

More information about KVALVAAG can be found on the band’s Facebook page at https://www.facebook.com/kvalvaagband/