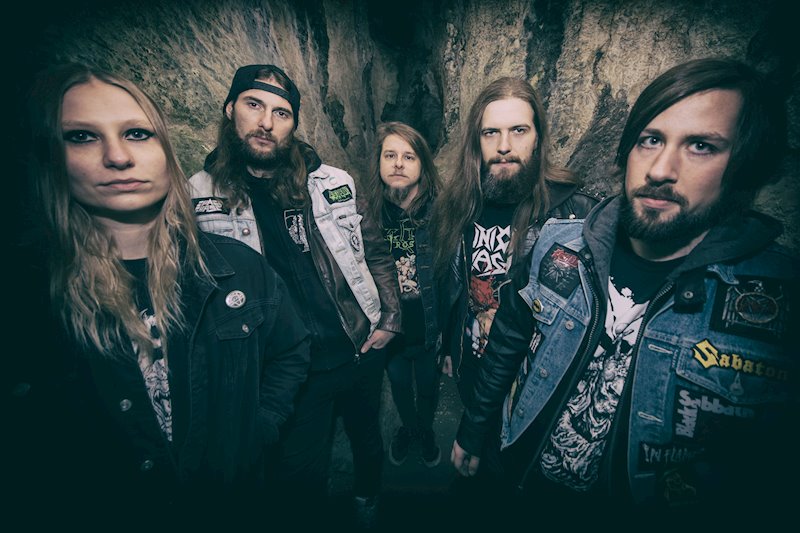 "Infected by Evil"
from album with same title

This new German Thrash metal band is stirring up quite a storm. So much so that they were among the four metal bands to be included in an interview in the 2015 ‘Visions’ year round up of, ‘The three best German metal bands of the moment.’ Space Chaser, Traitor and Antipeewee were the bands given this honourable mention and ‘Visions’ even included Antipeewee as number four on their album charts round up! Antipeewee more than deserves these accolades: One thing is for sure; the end of the 80s-Ami-Metal is back with a bang! Five thrashers on the intersection between late 80s Hardcore metal and skate infused thrash metal; Suicidal Tendencies, M.O.D, Excel, Uncle Sam or Corrosion of Conformity meets the more classical sounds of Anthrax, Exodus, Overkill or Testament. This crossover sound is a result of the different personalities on the stage and the common love for early Skateboard-Punk and Party. Glasses up and lots of energy! Thrashing out on the guitar at the speed of light is a young lady, something you don’t see everyday! On balance the band’s new record entitled ‘Madness Unleashed’ has more than 100% absolute bangers! What these native Regensburgers began with their first record ‘Human Grill Party’, they continue today. ‘Antipeewee’ belong to the new generation of Old-School-Thrash, who are showing the old schoolers how its done and who since last year have counted as a band to watch in the underground German metal scene.