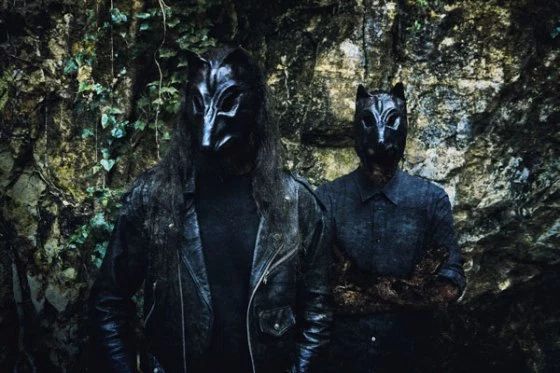 Italian Dark Metallers SELVANS announce their first ever headlining tour, which will cover 9 European countries in May. Routing for the tour, which is titled "Hirpi" after the band’s 2017 live album, is as follows:
10 May: Titty Twister, Parma (IT)
11 May: Concilia Nocturna, Aarburg (CH)
12 May: Farářova Sluj, Mladá Boleslav (CZ)
13 May: Rudeboy, Bielsko-Biała (PL)
15 May: Tartaros, Banská Bystrica (SK)
16 May: Dongó, Győr (HU)
17 May: Melodka, Brno (CZ)
18 May: S8 Underground, Budapest (HU)
19 May: Weberknecht, Wien (AT)

SELVANS was formed by frontman Haruspex after the demise of Italy’s legendary DRAUGR. With SELVANS, Haruspex’s idea was to breathe new life into the rich and varied customs, mysticism and folklore that were left behind by the plethora of ethnic inhabitants that populated Italy throughout the ages. Combined with SELVANS’ music and lyrics, Haruspex’s use of aesthetics has created a band which, visually, and, very importantly, emotively, brings back to life those long-lost eras. And this is something that is not limited to SELVANS’ studio output, but is vividly re-created on stage, as fans will be able to see for themselves on the upcoming tour.

A special video, which was made as a tribute to the band’s late drummer Jonny, for the track "Lupercale" from "Clangores Plenilunio", can be seen below

More information about SELVANS can be found on the band’s Facebook page at https://www.facebook.com/templeofselvans or on their website at http://www.templeofselvans.com/