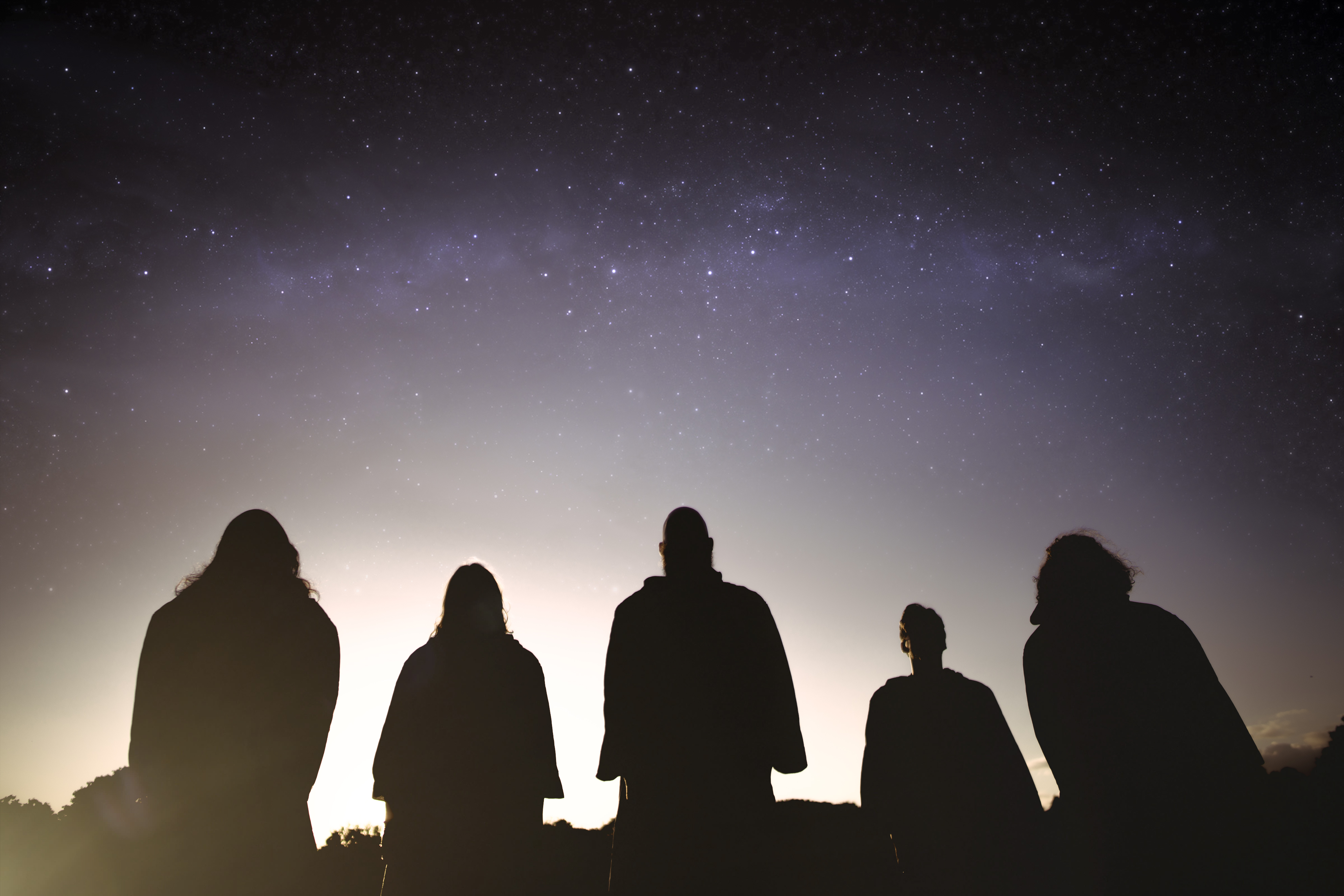 On their sophomore album ‘The Wine-Dark Sea’, London’s The Osiris Club follow on from their 2014 Indie Recordings debut ‘The Blazing World’ by encompassing the worlds of progressive rock, metal and post-punk. Inspired equally by comic books and horror fiction, the nine tracks that comprise the album are a darkly psychedelic journey into sound.

Drummer and principal writer Andrew Prestidge on the album’s influences: "Much as we were proud of the first album we felt we needed to move forward with this release, both musically and lyrically. Several of the songs were shaped by the strange horror stories of Robert Aickman and H.P. Lovecraft.  We wanted to create a spooky, foreboding atmosphere, the same as you would find on 1970s albums by King Crimson or Genesis."

This proto-gothic feel can be heard to greatest effect on the song-suite that takes up all of side 2 of the vinyl version. The song ‘Citadel of the Fly’ is inspired by the fictional occultist character Gustav Strobl from Mike Mignola’s ‘Hellboy’ comics universe, and the culminating three-part epic ‘A Winter’s Night on Sentinel Hill’.is based on Lovecraft’s ‘Dunwich Horror’.

Singer/bassist Sean Cooper: "We attempted to summon a musical counterpart to the hellish, apocalyptic themes of our favourite fictional worlds. At the same time we kept a strong melodic core to the arrangements, as we feel that even the deepest darkness always needs to be balanced out by some element of light."

The record was tracked and mixed at Subsonic Society studios in Oslo. Producer Anders Møller has also worked with Myrkur and Ulver, whose Kristoffer Rygg makes a guest appearance on the song ‘Island of Stone’. Guitarist Chris Fullard on the recording process: "Anders is someone we’d spoken with about working together forsome years. Finally collaborating with him was a great experience -he truly knows how to get the best sounds out of whoever he’s working with. We had the advantage of being able to use the stacks of analog gear he has in the studio, including a selectionof vintage synthesizers we made sure to put on almost every track."

The Osiris Club will be taking their new line-up out on the road in 2018, following previous appearances at Oslo’s Inferno Metal Festival and the legendary Roadburn Festival in Tilburg. Guitarist Raf Reutt: "At our previous shows we worked on the theatrical side of the presentation as well as the music. This time round we’ll be showcasing some different visuals to complement the new material. Our current live line-up is the best mix of musicians we’ve had to date, so we can’t wait to play again."

As with the debut album the artwork has been created by drummer Andrew Prestidge in collaboration with Julia Harris of Nouvo Creative, whose terrifying doll’s-house art montage revives childhood memories of trauma and unease. The illustrations included in the album package mirror the range of emotions the music provokes in the listener, and serve as a suitable counterpoint to each song. Once more, the Osiris Club have dug deep to bring their innermost creativity into the world. ‘The Wine-Dark Sea’ is both the closing of a chapter and the beginning of a new story.

Tracklist:
1. Wormwood Grange
2. Island of Stone
3. The Hopeless Distance
4. Mausoleum
5. The Signal
6. Ringing The Changes
7. With The Giants
8. Citadel of The Fly
9. A Winters Night On Sentinal Hill

The Osiris Club on this recording are: