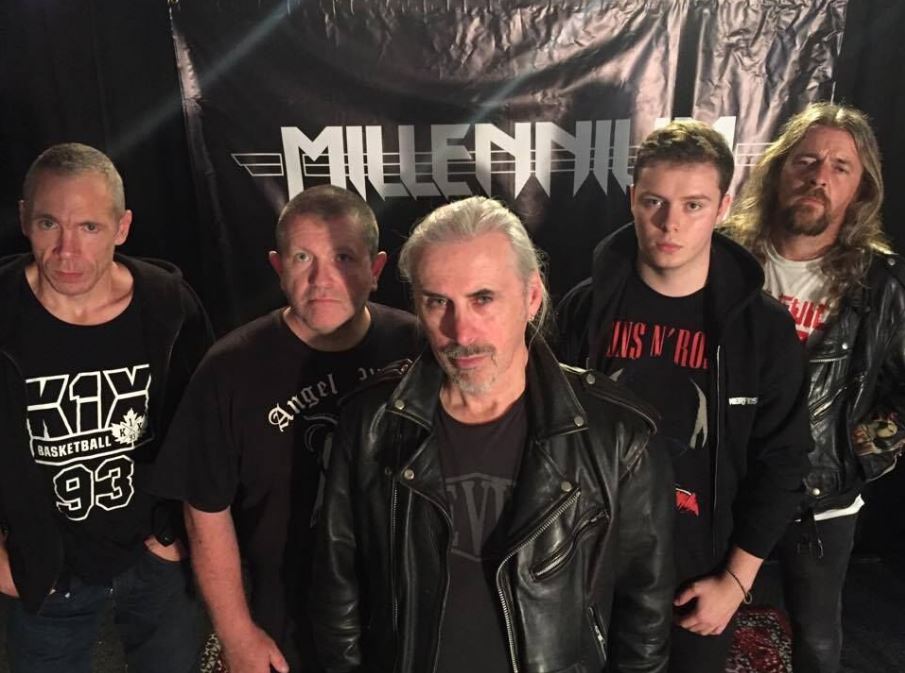 MILLENNIUM was formed in 1982 by Mark Duffy (vocals) and Pete McArdle (guitar). They recruited Steve Mennell (drums) Dave Price (bass) and Dave Merrington(guitar). The band released their debut album in 1984 on the Guardian Record label to much critical acclaim. The band recorded a number of demos between 1985 – 1988 and disbanded in June 1988. Vocalist Mark Duffy went on to join Thrash Metallers TORANAGA releasing albums through Peaceville records and Chrysalis records.

In 2014 No Remorse Records rereleased Millennium’s debut album followed by a second album released in 2016 titled "Caught in a Warzone" this album was made up from recordings the band made throughout 1985.

In 2015 Mark responded to an advert that Will Philpot had posted looking for like minded individuals to form a Metal band. The idea of resurrecting Mark’s NWOBHM band Millennium seemed an obvious course as Mark had always felt that this chapter of Metal history was not yet over. Original members were contacted and drummer Steve Mennelland guitarist Dave Hardy were on board along with new bass player Andy Fisher. Rehearsals and gigs followed with a great response to the live appearences at Brofest, Live Evil and Mearfest. During this time Will and Mark had been demoing new material that they had written. Sadly, ill health and other committments meant the loss of Steve and Dave.

In February 2017 the band, including new drummer Darren Moore, travelled to Coach House Studios in France to record their new album, mixing the album at Ritual Studios in Darlington UK, the band are ready to unleash "AWAKENING", a combination of NWOBHM riffage, Heavy Metal ideals and a lyrical call to arms.

Welcome to the new Millennium!