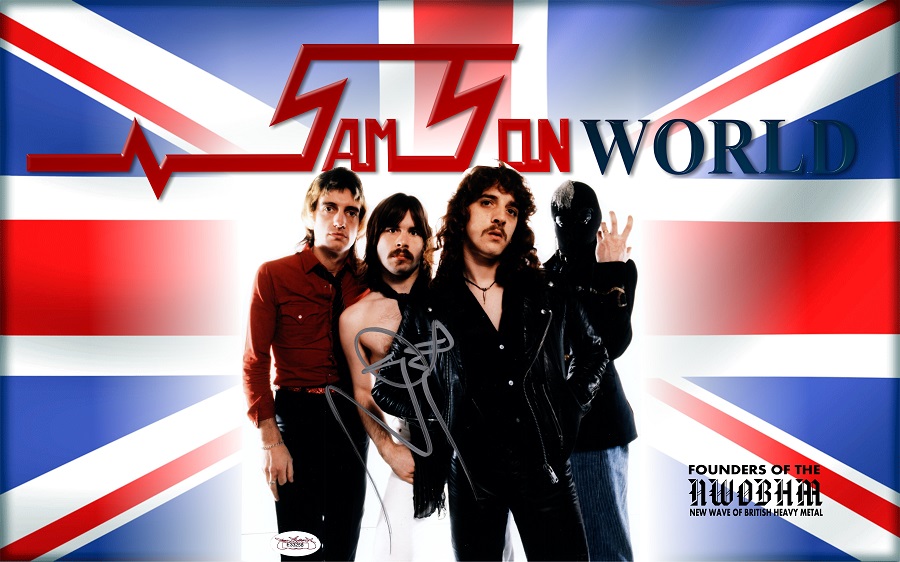 A detailed SAMSON fansite has been launched, featuring precious infos about this great and successful band which paved the way to the whole NWOBHM movement and launched the career of many great rock musicians, like BRUCE DICKINSON, CLIVE BURR, THUNDERSTICK, MEL GAYNOR and PETE JUPP.

It also features exclusive interviews with former SAMSON vocalists: NICKY MOORE; MICK WHITE and PETER SCALLAN. It is dedicated to the memory of Paul Samson (1953 – 2002) and offers a rather detailed band history, together with an extensive discography guide or info about other side projects.

Clips from various live events are also included on the site, together with info on a more complete video archive.

Thunderstick, Nicky Moore, Mick White and Peter Scallan have their own sections, thus making the site as detailed as possible for each band member.

Feel free to drop by and leave them a comment or a suggestion as there’s probably many goodies to come on the website.

Link to the site: http://samsonworld.blogspot.no