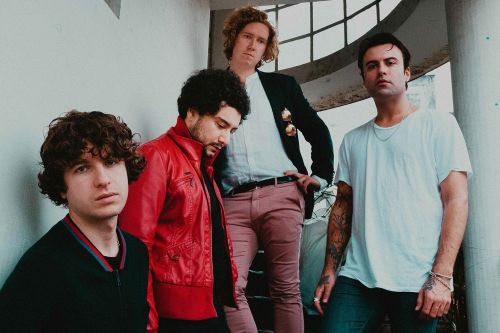 The Kooks are coming to Oslo in November!

The Kooks are an English pop rock band formed in 2004 in Brighton. The band currently consists of Luke Pritchard (vocals/rhythm guitar), Hugh Harris (lead guitar/synth), Alexis Nunez (drums), and Peter Denton (bass guitar). The original bassist was Max Rafferty, and the founding drummer was Paul Garred.
The lineup of the band remained constant until the departure of Rafferty in 2008. Dan Logan served as a temporary replacement, until Peter Denton joined the band permanently in October 2008. Early in 2010, Pritchard announced the departure of drummer Paul Garred, due to a nerve problem in his arm. Late in the year, Garred rejoined for studio sessions, however Chris Prendergast played drums when the band played live. Garred finally left in November 2011 after the release of their third album, Junk of the Heart.

In 2012, the band was accompanied on drums by Robden Alexis Nunez (from Golden Silvers), who eventually joined the band full-time.