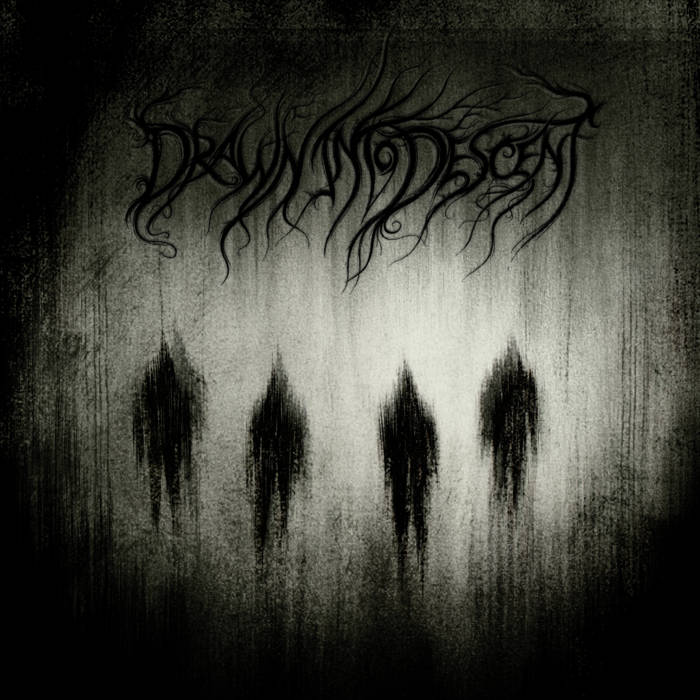 DRAWN INTO DESCENT – Drawn into Descent

Immortal Frost Productions recently reissued the self-titled debut album by Belgian black metal outfit Drawn into Descent in a limited edition of 1000 copies and I was not wrong when I glanced at the album artwork and thought to myself that these guys must be dabbling in melodic and atmospheric black metal. Judging from the album cover, this is the kind of stuff that one ought to listen to on a bleak and morose autumn night, which is exactly what I did, but unfortunately the album fell a little short of my expectations.
There are some decent riffs and melodies here and there not to mention that some of the more mellow and melancholic parts work well, but nothing outstanding or exciting as such. The vocals are also fairly one-dimensional and leave a lot to be desired. There is hardly any variety to them at all. Drawn into Descent do manage to conjure up some nicely majestic soundscapes from time to time, but things never really take off and it all ends up sounding a bit same-y and mediocre. It sounds and feels like one of those albums that you have heard a thousand times before that simply fails to sweep you off your feet. The production could have been a bit more punchy and epic-sounding too, I think.

There is definitely potential to be found on this record, but the fact of the matter is that Drawn into Descent have a long way to go and that they need to come up with some more passionate, intense, and original music if they are to have even the tiniest chance of standing out among all the other similar acts that are out there today. This is neither a terrible album nor a complete waste of time, but it is a tad too mundane and its lacks drama and emotion. A bit too run-of-the-mill, if you like.