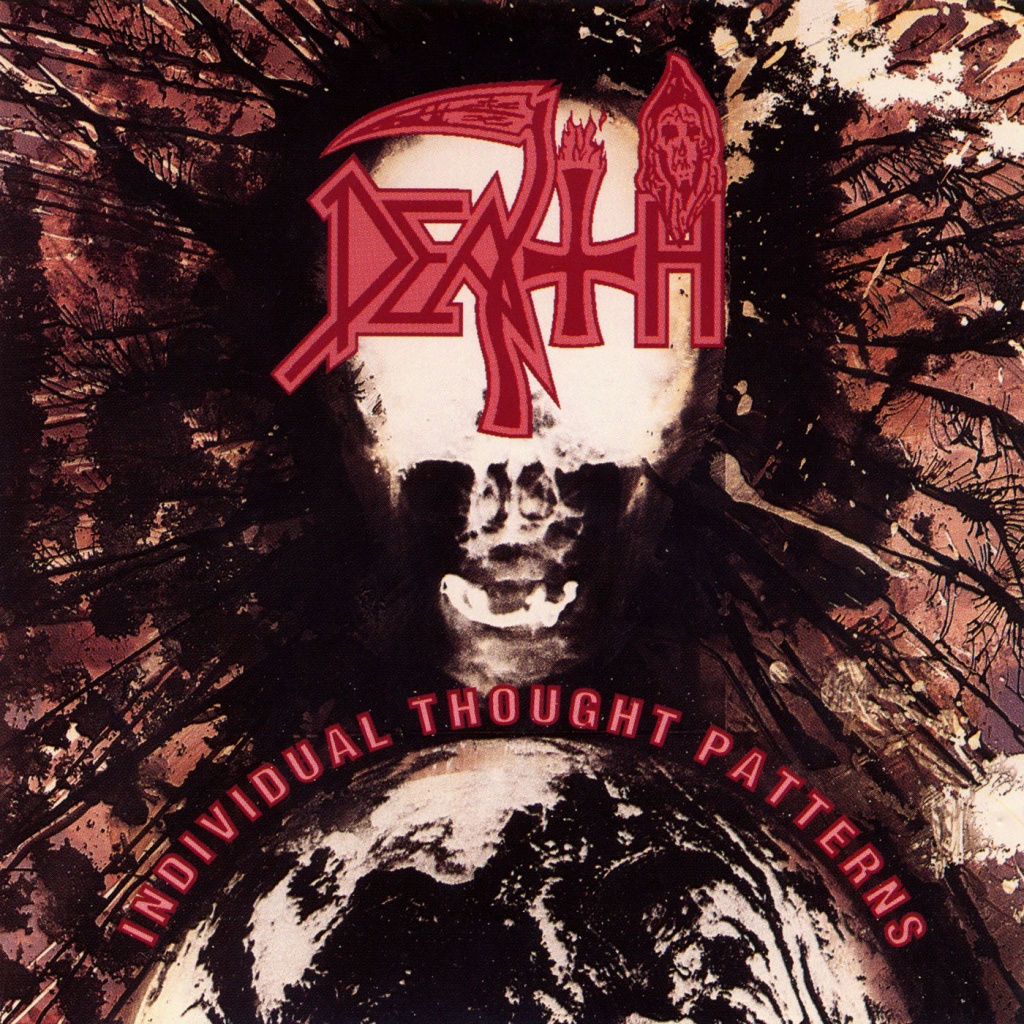 ALPHA OMEGA Management has a great pleasure to announce that Relapse Records is set to reissue the fifth album of DEATH, “Individual Thought Patterns”, October 20th!

The album was originally released in 1993, featuring Steve Di Giorgio in DEATH‘s line-up!

The reissue will be available as a standard single LP and a limited edition deluxe 2xLP boxset. The deluxe version has been packaged into a limited edition (500), one time pressing deluxe vinyl box set containing DEATH’s Individual Thought Patterns remastered on the first LP plus a bonus 2nd LP featuring select tracks from their legendary Live in Germany – April 13th 1993 performance and the studio outtake track “The Exorcist” (both on vinyl for the first time ever). The box set is housed in an exclusive jacket and includes expanded art. Both LPs are pressed on exclusive White inside of Clear with Baby Pink, Red and Bronze Splatter vinyl. The box set is accompanied with an album art slipmat and 5 x 1.5? enamel pin set of DEATH’s classic and new logos and figures from their iconic artwork. Full LP pressing information is available below.

The Individual Thought Patterns vinyl reissues are due out October 20th on LP/Deluxe 2xLP Boxset via Relapse Records. Pre-orders are available now through Relapse.com at this location. The album can be streamed in full via DEATH’s Bandcamp page here: https://death.bandcamp.com/album/individual-thought-patterns-deluxe-reissue

DEATH, the heavy metal institution founded, realized, and helmed by legendary guitarist Chuck Schuldiner, released the Individual Thought Patterns album (the follow-up to their watershed Human release) in 1993. Expectations were high following Human, but Schuldiner proved once again that he could rise to any occasion. Individual Thought Patterns further honed the forward-thinking and progressive direction birthed with Human, and included “The Philosopher”; arguably the best song to ever come from the world of extreme metal and to this date the most widely-recognized.

Remixed by DEATH mastering engineer Alan Douches (West West Side), remastered, repackaged and featuring tons of newly unearthed and previously unreleased demo and live tracks, this is the ultimate version of Individual Thought Patterns. Available again for the first time on vinyl in almost 10 years!