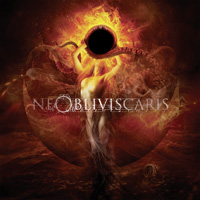 NE OBLIVISCARIS are premiering the second stunning song taken from their forthcoming masterpiece, ‘Urn‘, which has been scheduled for release on October 27th. The song "Urn (Part I) – And Within The Void We Are Breathless" is now streaming at the link below.

Listen to "Urn (Part I) – And Within The Void We Are Breathless" here.

NE OBLIVISCARIS frontman Tim Charles comments on behalf of the band: "The 14-minute long title track from our new album ‘Urn’ comes in two parts and forms the album’s grand finale. We are now presenting Part 1, ‘And Within The Void We Are Breathless’. This song is one of the more intense featured on our new record and flows through darker territory than the previously released, ‘Intra Venus’."

Below you can view the US ‘Urn’ cover, which has been created by vocalist Xenoyr.