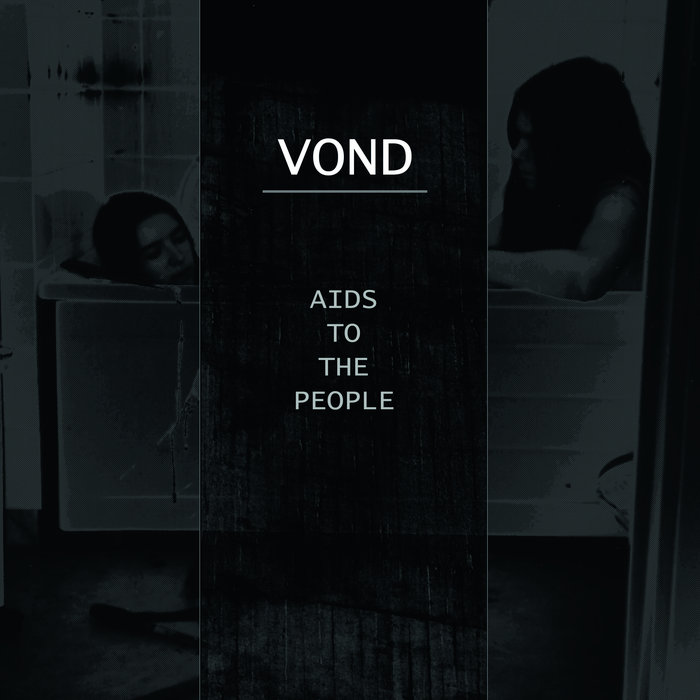 VOND – AIDS to the People

What a treat this compilation by Vond is! An album bearing such an over-the-top title can only be awesome, right? "AIDS to the People" contains the first EP that Mortiis released under the Vond banner back in 1993, the one entitled "Havard-Vond", and three previously unreleased tunes that were composed and recorded in 1995. From a fan’s perspective, it is amazing to listen to these unreleased recordings for the first time ever. As to the two cuts from the 7" EP, those are very cool as well and move along the same lines as the inhumanly melancholic pieces that the "Selvmord" album is comprised of do. Strangely hypnotic, eerily calm, and yet sickeningly dark. Great songs for sure, and it is interesting to note that some of the characteristics that one associates with Vond were already firmly in place from the get-go. Perhaps not as sinister as later Vond material turned out to be, but dark and depressing nonetheless.

The title track, "AIDS to the People", sounds like a mixture of the songs that made up "The Dark River" album and the droning compositions that form large parts of the "Green Eyed Demon" opus. It possesses that cold and bleak vibe, yet it moves into more melodic and morose territory along the way. "Doomed to Solitude" is simply brilliant in all its simplicity and straightforwardness. I love it! It is without a shadow of doubt one of catchiest and most memorable Vond tracks out there. "Høst" is immediately captivating as well, but slightly more epic and fantasy-like in some respects. Maybe that is just me, but I cannot stop thinking about the early Mortiis era and the Fata Morgana project whenever I listen to it. That, however, is not a bad thing as such. I am merely noting that it differs a bit from the rest of the tunes that constitute this compilation effort.

While one could argue that this excellent compilation might primarily appeal to those of you who are already devoted to the sounds and moods that emanate from the musical universe of Vond, I will make the claim that the songs are so good in and of themselves that they will appeal to a lot of you lovers of dungeon synth, experimental music, and dark ambient out there. So, check this one out at some point, but do not forget to check out the brilliant reissues of the three Vond classics ("Selvmord", "The Dark River", and "Green Eyed Demon") that will be out by the time you are reading this.

THE DRIP – The Haunting Fear of Inevitability