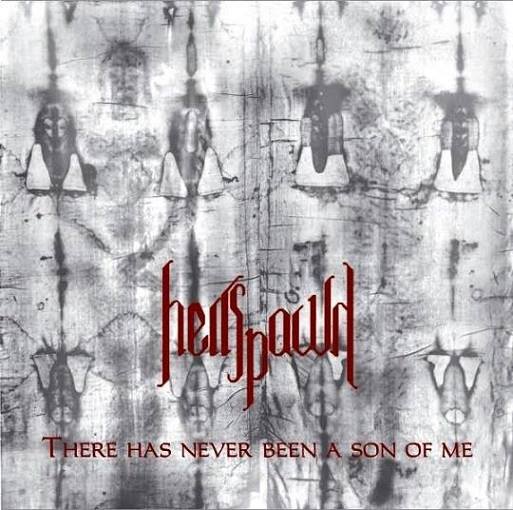 HELLSPAWN – There Has Never Been a Son of Me

The brutal Polish death metal horde named Hellspawn has been around for a few years now and released rather solid and entertaining albums that strike a fine balance between old-school extremity and slightly more modern and technical death metal. When I listen to this 2016 album of theirs dubbed "There Has Never Been a Son of Me", I cannot help drawing parallels to bands such as Morbid Angel, Vader, Deicide, Immolation. and to some extent Vital Remains, but that is a good thing in this instance. Hellspawn has never struck me as innovators – I do not think that they give a rat’s ass about stuff like that – but rather as purveyors of blasphemous and murky death metal of the catchy and memorable sort. In fact, most songs on this album pretty much stuck to my memory the very first time I listened to them, but that does not mean that I easily grew bored with them after a while. On the contrary. The riffs are wonderfully dark, the vocals are convincing, and the warm sound of the album is bliss. The symphonic elements that are present in "Antitrinitarian" and the title track as well as the black metal vibes that sneak in here and there in some of the tracks add a sense of variety and depravity to the proceedings. Also, many of the slow parts are absolutely crushing and stand out.

"There Has Never Been a Son of Me" is a solid effort that keeps me entertained and interested from start to finish whenever I spin it. There are enough twists and turns throughout to warrant repeated listening sessions, so while it may not strike one as an all-out challenging masterpiece of epic proportions, it succeeds in doing what any good metal album is supposed to do, which is to draw one in and captivate the imagination of the listener. If sinister death metal is what your morbid mind craves, "There Has Never Been a Son of Me" by Hellspawn might just be what you are looking for. In addition, if you find yourself having a long and lame day at work, listen to this and it will rejuvenate you. I speak from experience!