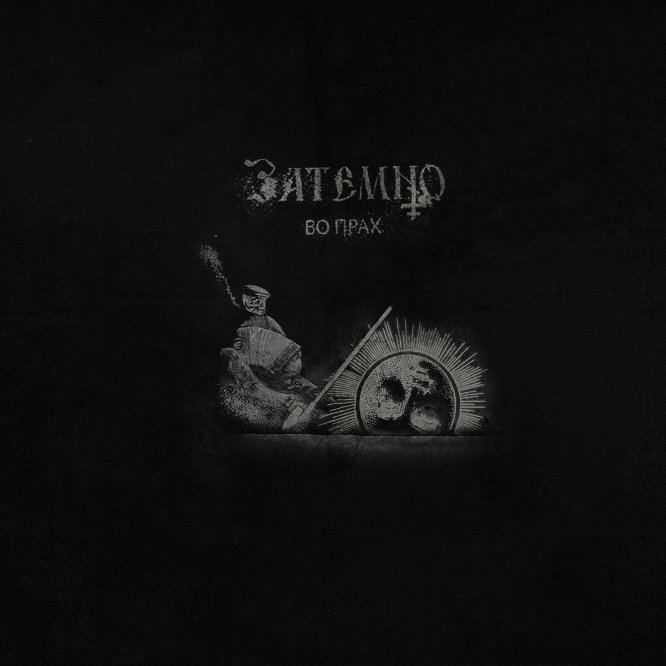 Затемно is yet another quality band hailing from the frozen plains of Russia. I might as well admit that I have a thing for Russian black metal in that many bands from that particular region of the world have a knack for conjuring up inhumanly cold, moody, and haunting music. They simply have this unique atmosphere to them that you will not find anywhere else on the planet.

Затемно consists of members from VTTA and Rotting Heaven, and you can tell that these guys know exactly what they are doing. "Во nраx" is simply put an awesome 3-track EP that instantly grabbed me the very first time I spun the disc. The songs are extremely atmospheric and intense. It feels like one is staring into the abyss when listening to them, as if one is contemplating a hellish valley of pitch black sorrow. The band evokes an unsettling and unpleasant mood that is strangely appealing. While the songs are well-written, nicely structured, and crushing, Затемно incorporates carnivalesque and folk-like elements in them that makes everything sound even more demented and otherworldly. Check out the eight-minute title track and you will see what I mean, or that fucked-up polka/waltz-bit in the album closer.

"Во прах" pretty much has everything going for it. Dissonant and creepy riffs mixed with melodies of grandeur and toppled with vocals that reek of discontent. Some of those strange harmonies and twisted riffs that creep into the music again and again are not entirely unlike what the Norwegian band named Nidingr did on their debut album, although Затемно sounds murkier and more disgusting. This is some stunning stuff. From the demented and macabre and further on to what can only be termed sickening beauty and gut-wrenching angst. Fuck yeah, this is right up my alley, and Затемно proves that some of the best black metal bands to ever puke on the face of the earth are located in Russia, which goes back to what I stated in the opening lines of this review. You should this stuff out on Bandcamp and support Death Knell Productions. You heard me, damn it!