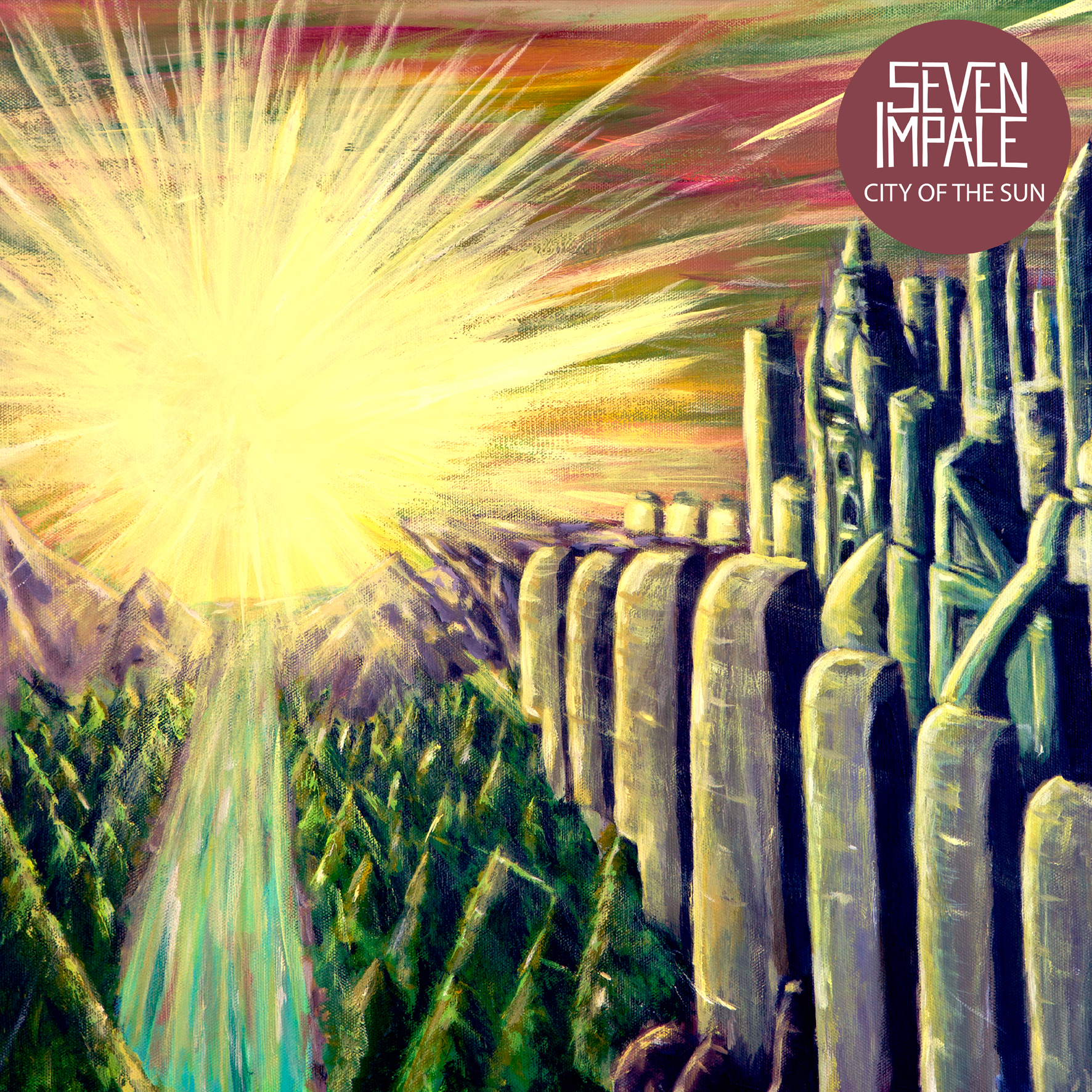 SEVEN IMPALE – City of the Sun

Seven Impale is a progressive rock band hailing from the west coast of Norway, more specifically Bergen. The members joined forces back in 2010 and released a digital EP last year that was met with critical acclaim, but I will be the first to admit that I have never ever heard of or read anything about this musical entity before, so I had no idea what to expect before I pressed play.

"City of the Sun" consists of 5 rather long compositions that draw on a myriad of different styles, genres and influences. If I had to sum the whole thing up in just a few words I would probably refer to the band and their sound as progressive and cinematic 70s-inspired rock infused with jazz, hard rock and even a few metal-sounding elements, but just know that there is more to it than that. The songs are dynamic, varied, moody and above all complex. It is not easy to digest and take in the whole thing the first few times one spins this disc, but this is one of those suckers that grow on you each time you listen to it. The vocals are pretty strong and on the surface of things I would say that the lyrics sound somewhat intriguing and interesting. There are countless subtle details, nuances and layers of sound present throughout each song, which should keep most of you scummy geeks out there happy and content when listening to this album.

The musicianship is excellent and the use of saxophone really adds something cool to the overall sound and feel of the album. "City of the Sun" is a demanding listen in the sense that one has to be really in the mood for this rather strange and yet moving piece of music in order to derive anything worthwhile from it, but should you find yourself on the look-out for something different, well-written and at times even bizarre then look no further than this album.