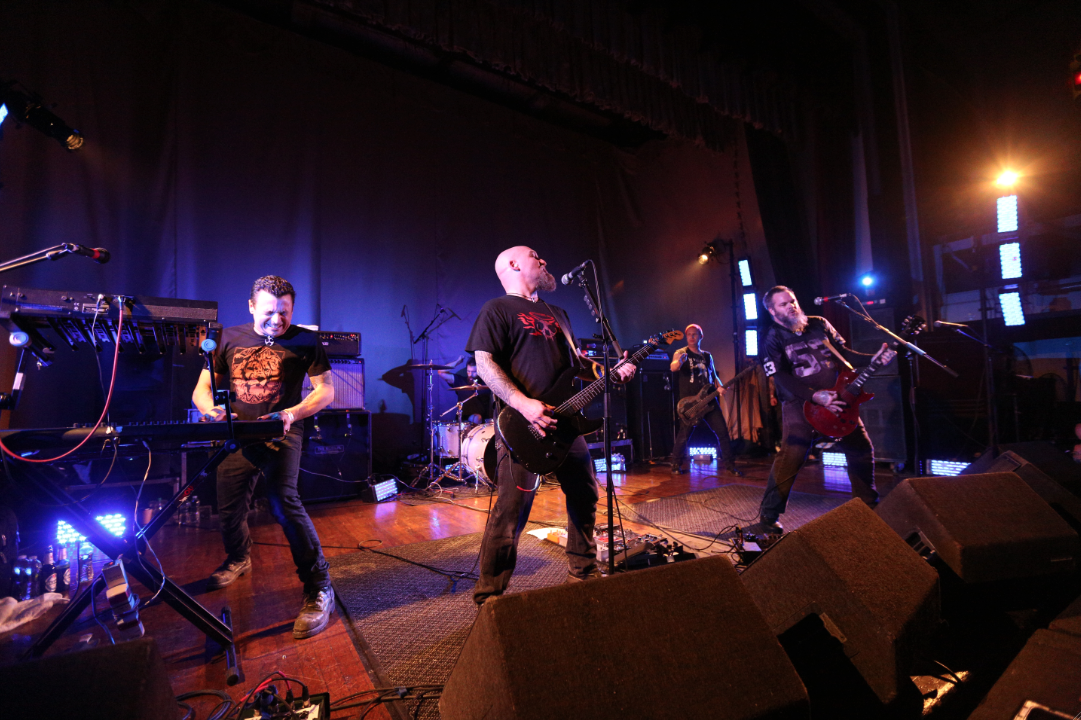 Following massive sporadic live performances across the United States throughout the end of 2012 and first two months of 2013, today NEUROSIS confirms an extensive European tour in support of their acclaimed tenth LP, Honor Found In Decay.

With a total of eighteen shows confirmed at press time, such an extensive continental tour is a rare occurrence for NEUROSIS. But from late May through early July the band will forge through Spain, France, Belgium, Germany, Denmark, Norway, Sweden, Poland, the Czech Republic, Italy and Switzerland, performing at festivals including Primavera Sound, Hellfest, Bravalla and Eurockeennes along the way.

NEUROSIS released Honor Found In Decay worldwide at the end of October via their own Neurot Recordings, followed by a 2xLP version released collaboratively with Relapse Records.

Such an extensive continental tour is a rare occurance for NEUROSIS and therefore must be celebrated and savoured.

As a taste of what is to come, watch and share this immense? live footage performing ‘At The Well’ live in Oakland on New Years Eve.

We wholeheartedly encourage you to use this opportunity to set up interviews with Neurosis face to face at the shows and ahead of time to help promote the tour. Please inform me of anything you might need including photos, audio, video assets and more to accomplish this.

"It is the overwhelming physicality of their monolithic riffs that remains their most incisive musical tool. An underlying sense of disquiet and existential yearning has long thrummed at the heart of Neurosis, but even by their usual standards the grim restlessness of the opener, All Rage in Gold, packs a devastating punch. On the extraordinary dynamic peaks and troughs of At the Well, the band wield near-silence as a weapon, its unsettling fragility emerging from clouds of ugly distortion and snail’s-pace tribal percussion. Similarly, the sprawling Casting of the Ages forces the subtle and the grotesque together in an exhilarating but doom-laden embrace. In less skilful hands, this relentless sonic oppression would be gruelling, but by expressing human frailty with such visceral abandon, Neurosis have once again turned darkness into euphoria." – 4/5 GUARDIAN

"Neurosis have taken a more complex route: skillfully weaving strains of folk, prog and even chilled ambience into their patented doom metal/hardcore tapestry and often obtaining staggering results in the process…Low poiints are refreshingly absent, while at the record’s heart are two epic, 10 minute set pieces. The maximum heaviosity of Casting Of The Ages initially seems an impossible act to follow, yet the breathtaking, Porcupine Tree-style scope of My Heart For Deliverance manages it with style to spare, throwing down the gauntlet for all would-be-future-shaping rock’n’roll alchemists into the bargain." 4/5 RECORD COLLECTOR

"Craggy riffs and swathed in misty synthesiser, and a firm control of dynamics lend "Bleeding The Pigs" and "Casting Of The Ages" a compelling sense of ebb and flow, raging intensity giving way to sombre piano lamentations and vocalist Scott kelly’s weathered, Tom Waits growl." – 8/10 UNCUT

"Another spiritual journey into the very heart of mankind. Completely and utterly mind-blowing." – METAL HAMMER

"The most stunning aspects of ‘Honor Found In Decay’ come from Neurosis’ grasp of dynamics…as ever, in the hands of these uncompromising sorcerers, true heaviness can be as much about the directness as disorientation, and as much about the sinister rumble as an unearthly roar." – 5/5 TERRORIZER